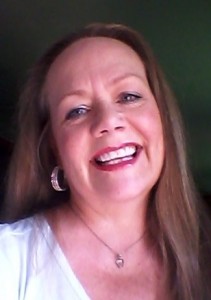 About L.E. Fraser:
Hi there,

I’m a voracious reader, love movies and cooking, and am an avid supporter of Indie artists. After living in Toronto for years, I now reside in London Ontario Canada with my husband, sons, and three pugs. Yes… I know… if you visit my website there are lots of pug pictures. In my defense, they’re so adorable.

I haven’t always made smart life choices, but the people I met and roads I took (even the dark ones littered with potholes) fed a passion for creative writing. In the early years, magazines published my short stories, but I worked full-time with youngsters whose circumstances had forced them to rise above astonishing adversity. They taught me the gift of adaptation and perseverance, but the horrors I witnessed were overwhelming. I returned to school for Business Administration and worked in the public and private sectors while continuing to write. In 2013, I left the corporate world to publish my debut novel.

Skully, Perdition Games received a number of accolades from editorial reviewers, such as Kirkus Book Reviews, San Francisco Book Review, and Readers’ Favorite. Fun, for sure, but the readers’ reviews motivate me to keep writing. Good or bad, your opinion is priceless. Fortunately, most of the feedback is positive, but I will warn you that these stories are dark.

Although there is very little graphic violence, the books are not cozy mysteries with pugs solving crimes while their hapless owners flounder in their paw prints. The characters’ motivations depict an ugly side to humanity. Monsters stand behind us in grocery store checkouts. They serve us food in restaurants and sit beside us at concerts. You never know the inner workings of anyone’s mind. Evil lives amongst us, camouflaged by normalcy and obscured by intelligence.

Come and play a game with me.

What inspires you to write?
I grew up on military bases, the daughter of a Canadian Armed Forces officer. Moving frequently made it difficult to make and keep friends. So, I read. A lot. My first adventure with writing was creating song lyrics for a band. Poetry and short stories followed, and finally full-length novels. The first five were awful. Seriously bad. But I learned and studied and figured out why they didn’t work. Over the years, I kept writing and reading authors I admire, such as Elizabeth George, Jonathan Kellerman, James Patterson, and Stephen King. Years ago, I met Stephen and his wife, Tabitha, at a diner outside Bar Harbor. I was twenty-three and with a young man who enjoyed alcoholic beverages. I had a lovely chat with Tabitha about writing… while the young man made a drunken ass of himself in the bathroom.

Tell us about your writing process.
I didn’t use a formal outline with Simon Says, Perdition Games. It went five rounds with my editor, which entailed hours of rewrites. So… I created an outline process in Excel. It uses a methodology similar to what computer programmers use – The Snowflake. This allows you to develop your premise, expand it to a storyline, craft your characters’ motivations, and track your scenes against a three-act structure. I colour-code scenes for a clear pacing strategy before I start to write. That’s not to say the first draft doesn’t change. It does. Before it goes to my editor, beta-readers and critique partners (authors in the genre) preview the manuscript. Based on their feedback, I rewrite before partnering with my fantastic content editor. More rewrites before the final draft arrives on my copy-proofer’s desk. Readers deserve the best.

For Fiction Writers: Do you listen (or talk to) to your characters?
Sam and I are great pals. Sometimes. Occasionally, I crinkle my nose at her, but I follow her where she goes as the story unfolds. You can have a distinct idea of who your character is, but they change drastically as you write the story. They develop their own personalities, regardless of what you thought when you imagined their character traits.

What advice would you give other writers?
Read, read, read. Start writing reviews. Even if you keep your review to yourself. Then, read and review some more. Write your first draft and pop it in a drawer. Take it out six months later. If you cringe, figure out why, and write another. Keep doing it. When you’re thrilled with yourself and believe you have the next best seller, hire a qualified editor in your genre. Never submit anything without an editor. When it’s perfect, hire a qualified copy proofer. Respect your readers and don’t make them suffer typos.

How did you decide how to publish your books?
I’m a realist and understood I lacked a solid comprehension of the backend of publishing. So I used an author service for the first book to study market acceptance of the returning protagonist, Sam McNamara, and to continued to study. My second book, I went Indie so I had hands-on experience with all aspects of production and promotion. It was the right decision for me, as I’m a bit of a control freak. Will I shop for a traditional publisher? Maybe, but it depends. There are advantages to both Indie and signing with a publishing house. You don’t know what you don’t know, so do your research and figure out what works for you.

What do you think about the future of book publishing?
I think Indie publishing is the wave of the future. Even with a traditional publisher, a large percentage of book promotion falls to the author. This trend is creating cross-trained and informed authors who are comfortable with the backend processes. There are editors, cover designers, web developers, videographers, and audio companies offering freelance services. Indie provides more control by allowing authors to hand-pick their book teams and work against their own production schedules. My future? I’m excited to branch into audio books.

What genres do you write?: mystery, thriller, suspense, psychological-thriller