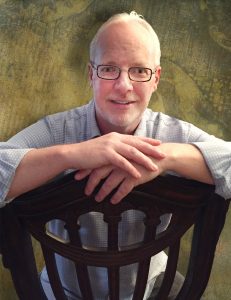 About Jeffery Craig:
Jeffery Craig resides in the southeastern United States with his husband and partner and a menagerie of much-loved pets. He is an avid supporter of the arts and co-owns a local art gallery/gift store which provides an outlet for area artists to showcase and sell their work.

When he isn’t writing, he might be found working on a painting, or enjoying the covered porch of his historic southern home with a good book in hand. You can connect with him through his website or on social media.

What inspires you to write?
I love telling stories! I come from a family that values reading, and my mom read to me at a very early age. I was fascinated by the different characters, worlds and situations in those stories and it really stretched my imagination. Today, I want to tell those kinds of stories to others, but in my own way. There is nothing in the world like the feeling you get when someone reads something you’ve written and it strikes a chord with them.

Tell us about your writing process.
My process combines the ‘seat of your pants’ approach with that of an outliner. Because I write mystery/thrillers, I do a fair amount of plotting and planning, but I have learned to let the characters take me on their personal journeys. Sometimes I have to reel them back and get everyone back on task, but for the most part that giving them freedom to breathe makes the story better. It allows for a more personal, realistic touch – especially when writing dialogue.

I write several pages at a time and then work my way back through to make sure I’ve laid out the clues properly and haven’t missed any. I don’t do a lot of editing until the book is done, and then I rework several times to make sure the themes come through and the timing is the way I want it. Then the books heads off to the beta readers for their input, which is evaluated and incorporated into the next draft. Then it goes off to the editor and when returned I make the final changes, run it past the editor again, and then publish.

For Fiction Writers: Do you listen (or talk to) to your characters?
I both listen to the characters and talk to them. I learn some very surprising things sometimes, both about them and about myself. I usually point the way and then allow them to figure out how they want to get there. We argue a lot!

What advice would you give other writers?
Write more and write everyday. There is no other way to hone your craft. When you’re not writing, read. I think it is also important to have another outlet. I paint, which is another way of seeing the world. I often get ideas and insights about writing when I am putting paint on a canvas. For me, both forms of creativity work well together since they are both expressing the world around us. And I have also learned that it’s okay to take a breather once in a while and just write about things that may never make it further than a piece of scrap paper. That kind of writing relieves the pressure to achieve something tangible, which in turn, allows your mind to roam.

How did you decide how to publish your books?
I did a lot of research and talked to a lot of writers and publishers. Things have changed so much in the last few years! After weighing the pros and cons, I decided to go the indie route. I was well down the road when I was approached by two different publishers. I listened to what they had to say, and what the trade-offs were, and decided to stick with the path I was on. I liked the challenge, and never have done things the easy, traditional way.

What do you think about the future of book publishing?
I think that we will continue to see monumental changes in the publishing world. I think it is obvious that there has been a lot of consolidation in the traditional publishing world and I think it will continue. There are so many new tools and approaches allowing authors to find their voice in the indie market. There has been a big focus on improving the quality of the offerings and there are a lot of authors out there in the indie world that are magnificent storytellers. I think more of those voices will find their audience and the market will continue to shift. I think there will always be a need for the traditional publisher, and I think we will see many authors move between the traditional path and the indie path, depending on the project or their point-in-time objectives. I think the self-published author will find themselves less stigmatized and be more fully accepted. There is a lot of work to do, but there is already a sea change. In the end, the market (the buyer/reader) will decide.

What genres do you write?: Mystery/Thriller, LGBT, Sci-Fi Fantasy