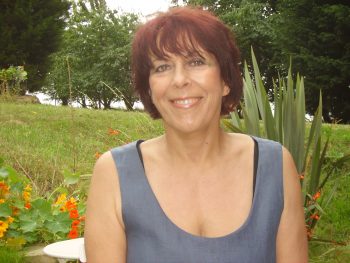 About Gill Mather:
I am a recently retired solicitor and during my career I dealt with most legal areas covered by general practice including crime and matrimonial. I am married with two grown up sons. I live on the Essex/Suffolk border in England. My mother lives with us and is looked after by me, my husband and our cat, Suzie, who was given to us by one of our sons who bought her from Blue Cross.
Covid is a bit restrictive at the moment but we are lucky to have quite a lot of room. Suzie isn't an indoor cat. She has a cat flap, but I take her out for a walk most days because I felt she was spending too much time indoors when we first got her (I think she might have been an entirely indoor cat at one time). She gallops about madly and climbs trees and I think it keeps her really healthy.
Most of my time these days is devoted to writing and trying to promote my novels. Most people who read them seem to like them a lot but it’s frustrating not to be able to reach potential readers very easily. Other hobbies are reading and walking and I also try to keep fit in a rather inept fashion; when running for example I tend to be overtaken by walkers!
For years I’ve felt that there’s far too much waste in the world and that, whether global warming exists or not, we should cut down drastically on our purchase of goods, clothes and holidays and keep travel to a minimum. Trouble is that of course I end up buying what I want and going where I want and eating out sometimes so it seems hypocritical of me to preach and lecture about being abstemious. Nevertheless, we really do wear our clothes until they fall off us and try to combine several reasons to take the car out. We don’t replace things either just because they’re a bit scruffy or don’t match other things. I still have lots of kitchen equipment that’s 40 years old.
Also of course I’m trying to promote my novels, which means using social media, which in turn is resulting in more greenhouse gases and using up resources for its infrastructure, hardware etc.
And yet, paradoxically, I feel that the lock-downs brought about by Covid are ruinous in the extreme and I do wonder if society could not effectively shield the elderly (as we do my mother) and the vulnerable and let others at less risk go about their business. It’s so terribly sad for people who’ve slaved to start a business to have it demolished by these lockdowns, and for young people to have to behave like prisoners. This, if put into effect, of course would mean letting consumerism rip again when I’ve just said in effect I think it should be stemmed if possible.
No easy answer to these questions. But I still do think people should consider the future of the planet when they want to buy the next throw-away garment or fly off for an unnecessary trip abroad.

What inspires you to write?
I’m quite a quiet person. I prefer the written word to the spoken word and I’m not keen on all the razzamatazz that goes on these days. I prefer more serious entertainments, though that isn't to say highbrow. Reading a lot seems to lead to writing or wanting to write and eventually it’s impossible to quell the impulse. I’ve spent my working life writing formal legal letters and documents and the working hours of a solicitor are long but in about 2013 I decided I had to make time for ‘proper’ writing and started a series of romantic novels loosely about crime too. I like to think I’ve got a bit better since then. It does take time to hone the craft.
Now, I find ideas for novels burgeoning. I wish there were a hundred hours in the day to write all the novels I’d like to write.
To answer the question simply though, everyday life makes a vast number of suggestions, too many to follow up, and of course the subconscious assists exponentially.

Tell us about your writing process.
I like to let stories develop organically rather than have a set idea from the outset. That said, the story is always fairly clear, beginning, middle, end. It’s just the padding out that’s allowed to range about a bit. Then of course there’s the endless checks for spelling etc mistakes, things that aren’t quite right, letting friends have a read and listening to their views.
I do have a certain style which includes delving into the minds of the characters and their quirks. They have to be real people to me or readers won't find them convincing. I try to make them into real people. I don’t try hard. I like it to be as natural as possible.
I do lots of research and keep links and save articles. It’s got to be realistic. I hate reading a novel and thinking: it couldn't possibly happen like that. My background as a solicitor is useful but only to some extent. Because law and procedure changes so much, there has to be research.

For Fiction Writers: Do you listen (or talk to) to your characters?
I think about them a lot, especially in bed. As I’m writing, it’s almost instinctive to know what they’d say and how they’d say it once the character is formed. It doesn’t really matter if the character is portrayed in the third person or speaks in the first person. They have to be them and they are them, totally unique people. I’m not sure about speaking to them. I need them to be slightly removed so I can see this picture of them moving about, doing things their way. They don’t have to be good people; I don’t have to like them. Personally I don’t judge them. They just have to be real.

What advice would you give other writers?
I hardly know where to begin. I suppose the main thing is to like doing it because success, as in mass sales, is unlikely. I wish I’d started much earlier because it takes time to get better. I guess a few people are naturally very good writers who don’t make mistakes, who don’t have all the time to look up spelling and whether to use hyphens and so on. If so they’re very lucky.
What also takes time is submitting to agents and publishers. If you’re young, you’ve got the years to waste on that.
Probably too if you’re young then, since loads of agents and publishers won't accept unsolicited submissions at all, and those that do seems to routinely reject stuff, I’d suggest you get some sort of inside job, e.g. editing or working for a publisher or a firms of agents. Those ‘in the trade’ seem to be able to get on as writers far more easily. Also of course it would help to be a famous person already, celebrity or royalty (for example It’s been in the news that the Duchess of York is writing Mills & Boon fiction – no one announced that I’d started writing seriously in 2013).
Another good thing would be to have a family member, say like L J Ross, to do all your social media promotion for you full–time.
Also winning a serious competition is a good route into getting published, though some competitions aren’t open to the self-published and some require submission by publishers, not the writer direct.
Other than the above, just enjoy writing and if you can get some modest readership local to you that’s great and if you attain a wide readership at some point then that would be wonderful.

How did you decide how to publish your books?
When I started writing, Kindle seemed the ideal opportunity to publish one’s books. It’s free and of course I naively imagined people would just buy them. That hardly anyone did (buy them) didn’t put me off because I enjoyed the writing so much but it does give one a bit of a downer when nothing happens at all. I have spent long periods of time trying to get somewhere with agents and publishers but it doesn’t seem to work at all and it doesn’t seem to matter that my writing has, I’d humbly submit, got better over the years. I still publish on Kindle and now I have more time I propose to attempt to promote the books much more and use D2D to get my books onto other reading platforms plus to self-publish print books which is now much easier with Amazon create space and try to get them into bookshops and libraries though the former aren’t open at the moment.

What do you think about the future of book publishing?
At the moment with lockdown in England, logically one would think that more people would want to read books and having developed the habit would want to keep it up. Of course books can be expensive, but people willing to provide reviews may be able to get free books.
However, if the lockdown is temporary, or is on and off, the effect may not last.
If publishers and agents continue to make it so hard for unknown writers to get traditionally published, then there’s little choice for writers than to self-publish therefore the trend is likely to increase.
The pooling of resources and talents by self-publishers, such as promotional skills, would be welcome. Whether that’s likely I don’t know.
Though many people prefer to have a print book if possible, ebooks are likely to continue to grow in practice because of the simplicity and speed of obtaining an ebook at any time of the night and day and they’re usually cheaper.

What genres do you write?: Crime, mystery, suspense, romance, rom-com