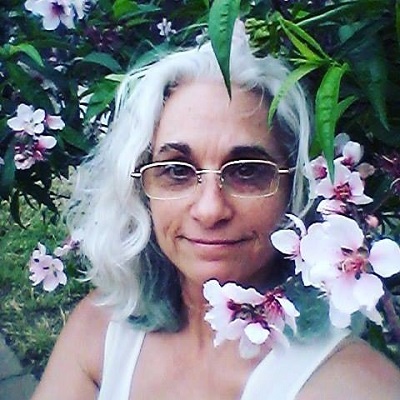 About Candace Vianna:
Born in Seattle, Washington, the daughter of an engineer, Candace Vianna grew up traveling across the United States as her father moved from one project to the next before finally ending up in Charlotte, North Carolina. After serving her country in the United States Army, she spent the next few decades pursuing a career in the measurement sciences then decided to try her hand at writing during the economic downturn.

She recently published "Dead Dwight:a dark comedy" under the pseudonym, E.V. Iverson and is working on the next romance novel in the "Science of Loving" series.

What inspires you to write?
I started writing "The Science of Loving" shortly after the economy had tanked. A lot of folks were experiencing dark times, and I was one of them; just another face in a jobless mob. Every evening, network T.V. piled on more bad news. Employment was down and home foreclosure was at an all time high. We'd gone to war over a pack of lies, and there were mass shootings in our elementary schools.

The media's daily bombardment of real-life murder and mayhem was exhausting and I needed a vacation. But book vacations were all I could afford, and after the nightly rehash of Capital Hill's daily torture debates (seriously? Water-boarding's torture, what's there to debate?) I didn't need to ingest any more dark crap.

Figuring I wasn't unique, and having an abundance of time (jobless,) I thought just maybe my special brand of geeky humor could make the world lighter one smile at a time. So here we are and I hope you're smiling.

Tell us about your writing process.
I'm not sure I have an actual process, or a single one any way. When I wrote Dead Dwight, I started with a "What if?" scenario. But when I'm writing romance, I always start with the characters. After that, I do whatever works for me at the time. When I get stuck…and I do…frequently, I switch gears and come at it from another direction.

For Fiction Writers: Do you listen (or talk to) to your characters?
No, that would make me crazy….wouldn't it?

What advice would you give other writers?
Read as much as you can in your chosen market then go on Goodreads and find out what your audience liked or hated about it.

As far as your own writing, don't ask a friend to critique your work, ask a stranger… Friends Lie!

How did you decide how to publish your books?
I chose Amazon because it's free, almost idiot proof and I have poor impulse control.

What do you think about the future of book publishing?
I think that making it as an Indie Author on Amazon is going to get harder and harder. Amazon has a serious conflict of interest as well as some anti-trust issues now that they've started there own imprint.

What genres do you write?: Romance and Horror