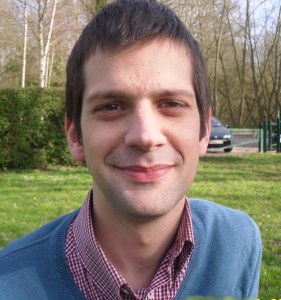 About C D Brosnan:
I have been inventing stories and characters for as long as I can remember. We all do this as children, but I count myself extremely lucky to have never lost this gift of inventive creativity. When in my teenage years, I was long past the phase of playing with action figures and building towns as backdrops for their individual stories and conflicts, but I found another outlet for this intense imagination I harboured. That outlet was writing. I wrote poetry and short stories. I would even think of and plan out treatments for what I believed would make great films and computer games. When I was around sixteen years old, I began planning towards what would eventually become my debut fantasy series, The Altarian Saga. Although in all honesty, my initial ideas were many thousand miles away from the end result. After several years in a loop of planning, writing, proofreading and editing, I released the Altarian Saga: The Maiden of Springhaven as a Kindle book in August 2013, days before my 24th birthday. Since then I have been working on the sequels and planning a prequel, while dipping into other projects I have started before.

What inspires you to write?
My vivid and child-like imagination that I count myself very lucky to still have and be unashamed to use to create epic worlds, plots and characters. Writing is what I do to let my let my imagination run free and unchained so it does not make me go crazy!

Tell us about your writing process.
I obsessively plan the settings of my stories before I write anything. I consider the geography, political systems, moral codes, traditions, legal systems, climate and wildlife of every corner of the world I create in my stories. Then I can ensure my characters are realistically developed based on their individual personalities and the environment in which they live. I religiously write notes and plans on setting, plot and character, ensuring that there are no contradictions in the settings, characterisation, or plot. When I have created a world, I begin to fit the story I have been itching to get down on paper. I then write, write and write. After I first draft, I start all over again. This continues until I am satisfied (this can take a very very long time).

For Fiction Writers: Do you listen (or talk to) to your characters?
My characters really do take on a persona of their own and they often lead their own stories. I will decide on a plot but my protagonists and antagonists often have the ability to play a tug of war with the narrative and pull me slightly off course. I know my characters very well and, as mad as this will make me seem, they must know me well too. This is why I can know what’s typical of them and they can guide my pen strokes and key taps in new directions.

What advice would you give other writers?
Even if you begin to think that an idea you have had seems rubbish or too strange at first, keep writing! That strange or rubbish idea can eventually turn to gold.

How did you decide how to publish your books?
I decided to publish my first book as an ebook in order to open up my novel to a potentially international readership. I published my debut novel, The Altarian Saga: The Maiden of Springhaven on Kindle through Amazon’s KDP service. I do not believe I have had enough experience in publishing ebooks to advise new authors, but it is clear to me that in using KDP, I have greatly increased interest and attention to my book.

What do you think about the future of book publishing?
I believe that traditional publishing is here to stay and will continue to be a dominant force. However, the indie and self-published market is quickly catching up and will likely soon become much less dwarfed by its traditional counterparts. I believe we are already seeing the early signs of this on the horizon. As costs for self-publishing decreases and the ease with which authors can self-publish increases, the self-publishing market will only grow.

What genres do you write?: fantasy, science fiction, historical fiction