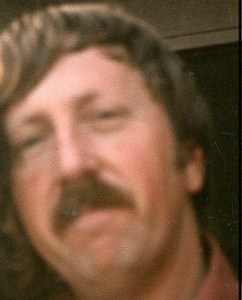 About AR Simmons:
AR Simmons is a native of the Courtois Hills region of the eastern Missouri Ozarks. A country boy, he actually attended a one-room school, and he did walk a mile to and from school (although not in the snow and uphill both ways). His parents were factory workers, and the family worked a subsistence farm on land cleared from the native forest by his grandfather.
Before college, he worked as a carpenter’s helper and a factory worker before doing a stint in the Army, including a tour of duty in Vietnam. His military experience provided an invaluable opportunity to see a world far different from his own. Perhaps even more importantly, it allowed him to become acquainted with his country. The racial, ethnic, and cultural makeup of his squad was varied. The men came from every quarter of the land. This diversity changed forever his concept of “American.”

His military service earned him GI Bill benefits, which financed his entire college career. After declaring and rejecting majors in Business (lacked interest) and Art (passably talented, but color blind), he settled on History, in which he obtained BA and MA degrees. Passing up a doctoral program (he was 27, married, and had no job), he took a public school teaching position “until something better came along.” To his amazement, it was a calling suited him.

He began writing sci-fi short stories, but he gradually turned to the suspense novels which he always enjoyed reading. In 2003, he began serializing his novels on-line. Today, he and his wife still live on the farm his grandfather settled. His roots (four generations deep) are in the Ozarks where the Richard Carter series is set. Using the culture, language, and mores of this “Bible Belt” region, he writes culturally immersive stories of obsession set amidst the small-town and rural life that he knows.

What inspires you to write?
I suppose I have a desire to entertain while provoking emotion and reflection. I like telling stories. I learned that from listening to the grownups talk around the kitchen table when I was a child. Everyone seemed to have a story, and I imagined myself in their place. Later, I read a lot, and loved getting lost in the stories. I entered new worlds, and it was wonderful, I wanted to transport people to worlds and situations of my imagination. Call it ego.

Tell us about your writing process.
I’m a list maker and an outliner, but the outline is only to help me get where I intend to go. The first step is to develop an intriguing “what if.” For example, in my first book, Bonne Femme, I asked myself, “Can trust betrayed ever be re-earned?” Okay, every story is really about relationships. So I set up a plot where a guy betrays the woman he loves in order to save her. So I had a starting point and lines of the plot to begin developing. I knew where I wanted to end up, so then the problem was how to get there. I made other lists for the development of each plot line.
So then, I wrote the book, putting so much stuff in it that it required major surgery to remove most of it. As long as I don’t dump all this stuff on the hapless reader, it’s beneficial to write it into the first draft. I come up with good minor characters, setting descriptions, and bits of dialog that way.
Now comes the fun part, redacting. I don’t know it anyone can write polished prose cold, but I can’t. Fortunately, I enjoy editing and rewriting. It’s sort of like pruning a tree to produce better fruit. It is a tenet of editing that “delete” should be used early and often.
Fact checking has to come in next. For example: Did Mark Twain really say what I wrote that he did? Is the Highway Patrol really the Missouri State Police?
The next to final step is to create a database of scenes. This is especially important when writing a mystery. I have to get my timing right: Who knew what and when? Did this happen before that? Then, all I have to do is reread and rewrite the whole thing from the beginning before it’s ready for my beta readers and copy editor.
Finally, I read the ARC for errors that slipped through.

For Fiction Writers: Do you listen (or talk to) to your characters?
Don’t send the men in the white suits, but yes. For me, it’s necessary to hear the dialog. Rightly or wrongly, I feel that the brain processes things differently depending on the input, visual or auditory (creative, analytical). I live these stories. I inhabit these worlds when I write. I get to know the characters. If one says something out of character, it grates. I have to have them real or the world I’ve created falls apart.

What advice would you give other writers?
Write about what you know. Find your writer’s voice and use it until you can sing effortlessly. Respect the intelligence of your readers. Don’t foist off your political and religious views on the unsuspecting person who has been good enough to read your book.

How did you decide how to publish your books?
I self-publish for two reasons: creative control and location.

What do you think about the future of book publishing?
I think the future is the e-book, but I foresee hybrids, perhaps movie clips as integral parts of the book, or branched plots with an interactive role for the reader.

What genres do you write?: crime, mystery, suspense