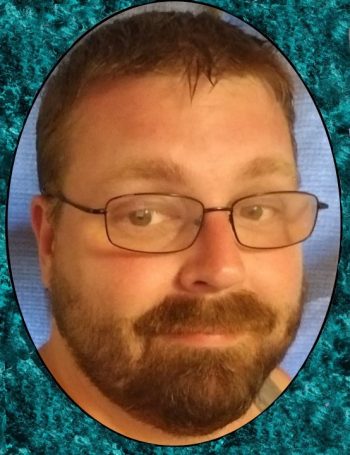 About Anthony Galouzis:
Anthony Galouzis holds two Master degrees, one in U.S. History, the other in Education. He is a high school teacher, and works with adults who have physical and mental disabilities. Anthony is also a father of four, very busy, children.

What inspires you to write?
Since I was young, I have considered myself a story teller. I am always interested in the story, in the how and why, rather than the what and who. It did not matter if I was making a stick figure cartoon strip, running a role-playing game for my friends, writing a research paper for my studies, or giving a lecture for my students, there had to be a story to tell.

It was this strong desire to story tell, and to share the stories in my head, that inspired me to make my blog page. I found that, not only did I love putting my stories out there for people to read, but they were actually well received. It was in the making of these stories that the inspiration for my book began to develop, and I have not stopped since.

What authors do you read when you aren’t writing?
I have a lot of authors that have been both beloved and influential. When I was young, I would go with J.R.R. Tolkien, Anne Rice, Shakespeare, and Steven King as my most read and favorite authors. They are still what I consider "Top Shelf" standard of writing for me.

As I grew older, I discovered Robert Jordan, Brandon Sanderson, Jim Butcher, and indie authors such as Drew Hayes, and Rick Gualttieri. These were the authors that motivated me to share my own stories.

Tell us about your writing process.
When I write a story I like to have my key points, or moments already laid out. Then I fill in the gaps as I go. I have a habit of roleplaying out my scenes, putting myself in the role and responding accordingly. This is how I begin to develop their history.

For example, a character is told they can take off their shoes, but they decline. Why? Because they do not like to be barefoot. Why don't they like it? When they were young they had a lot of broken glass around their house and one time he cut himself really bad. Since then, he has always preferred to wear some sort of shoe.

I continue with this as I go from point to point. Sometimes, this forces me to change my points, because they no longer make sense to the character development, and other times it means I have to go back to earlier sections to align them with this new revelation about the character.

I like to understand, not just the main characters, but the secondary ones as well. I like to apply the different sociological tidbits to their personality. Are they Eastern European, what does that mean, what are their customs, how would they react. How will the Mid-western couple react to their actions.

For Fiction Writers: Do you listen (or talk to) to your characters?
I don't talk to my characters, per se. It is more that I role-play out their interactions. I try to put myself in the perspective of the character, applying their specific quarks and behaviors, to the scene they are in. So, in a way, I do talk to my characters, but not as myself. If that makes sense.

What advice would you give other writers?
When I was just starting to put Trinity together into the semblance of a story, I spent a lot of time listening to different author run podcasts. From time to time, I would submit questions and was lucky enough to have many of them answered for me.

Among those questions were two things that I feel were the most influential to me, and I would like to share those.

1) Give every story an ending. It does not matter if it is a short-story, novella, or novel, it needs to have a beginning, middle, and end. That does not mean you can not have unresolved issues, or set things up for a sequel. What that means is each story should have a specific arc that is resolved by the end.

2) Hire a professional editor. You are not as good as you think you are. This one I am willing to make a stand on. I am a teacher with two Master degrees. I read my book over and over. Put it through different programs. Had beta readers who also pointed out any mistakes they came across. Despite all that, the first round of editing had thousands of little mistakes or inconstancies. I have seen good stories be ripped apart due to poor editing. It is hard enough to get your work out there, you do not want to make it harder by having an inferior product.

How did you decide how to publish your books?
I ultimately decided to hire Rowanvale Books to assist me in self-publishing Trinity of the Broken. I did receive an offer by an agent, but I did not like the idea of giving up the rights to my work. It was also explained that even if I go the traditional route, I would still need to do the promotional footwork on my own. I decided that if I am going to do the majority of the work, I might as well keep the majority of the rights, so I turned down the offer of representation and began the process of finding an agency that could help me achieve my goals.

The disadvantage to self-publishing is that you have to have a little bit of capitol to start, as you are hiring out all of your services, and you will be relying upon yourself to be proactive and market your book.

What do you think about the future of book publishing?
The invention of print on demand and eBooks have completely changed the world of publishing. At one time you had no choice but to find a publisher willing to bet on you. Now, not only can you have your book professionally proofed and distributed, but it can be done at a fraction of the price.

I believe that this has allowed for a much broader selection of genera that would not have been available under the old system. We are currently in the late stages of a type of wild west, in regards to self-publishing. I believe that over the next ten years or so there will be a streamlined industry, focusing on indie authors, that will ensure quality and ease of access.

What genres do you write?: urban fantasy, horror, high fantasy (in the works)