You are here: Home / Fiction / Romance / Horizons Past by Bill Stephens @billystephens

Horizons Past is a romantic love story between Trish Lowe, a movie star, and Christopher Maven, a reclusive beach poet, that examines the possibility of two people with opposite lifestyles developing a lasting relationship, when all they have in common is a shared goal – to escape who they are. Guilt, “Hollywood,” and a hurricane all collide, keeping the resolution just out of reach until the reclusive poet and movie star learn – letting go of each other is even harder than letting go of the past.

Bill Stephens’ ability to place the reader in each scene is remarkable. Trish’s movie action scenes, and the roaring passages that tell of the hurricane’s destruction, are crisply detailed and lend urgency, and the love story’s realism transcends both Trish’s glamour and Chris’ guilt to make for an unanticipated and satisfying ending that readers will jump up and cheer.

“Horizons Past is a profound novel of transformation. The setting is stunning. A hurricane provides the thundering climax of this brilliant novel of human struggle and redemption.” – Florence Weinberg, Ph.D., author of Unrest in Eden

“What follows is a funny, romantic and dramatic story of fame, loss, and reconnection. You can smell it, taste it, and even feel the sand between your toes as you read.” – Cindy Leal Massey, author of Helotes, Fire Lillies, and The Texas Ranger and the Naturalist.

“Horizons Past by Bill Stephens is a terrific read! I felt as though I were walking along the beach with the sand between my toes. The characters are well drawn, interesting, and believable, and the story that binds them together a page-turner.” – Linda Shuler, author of Hidden Shadows. 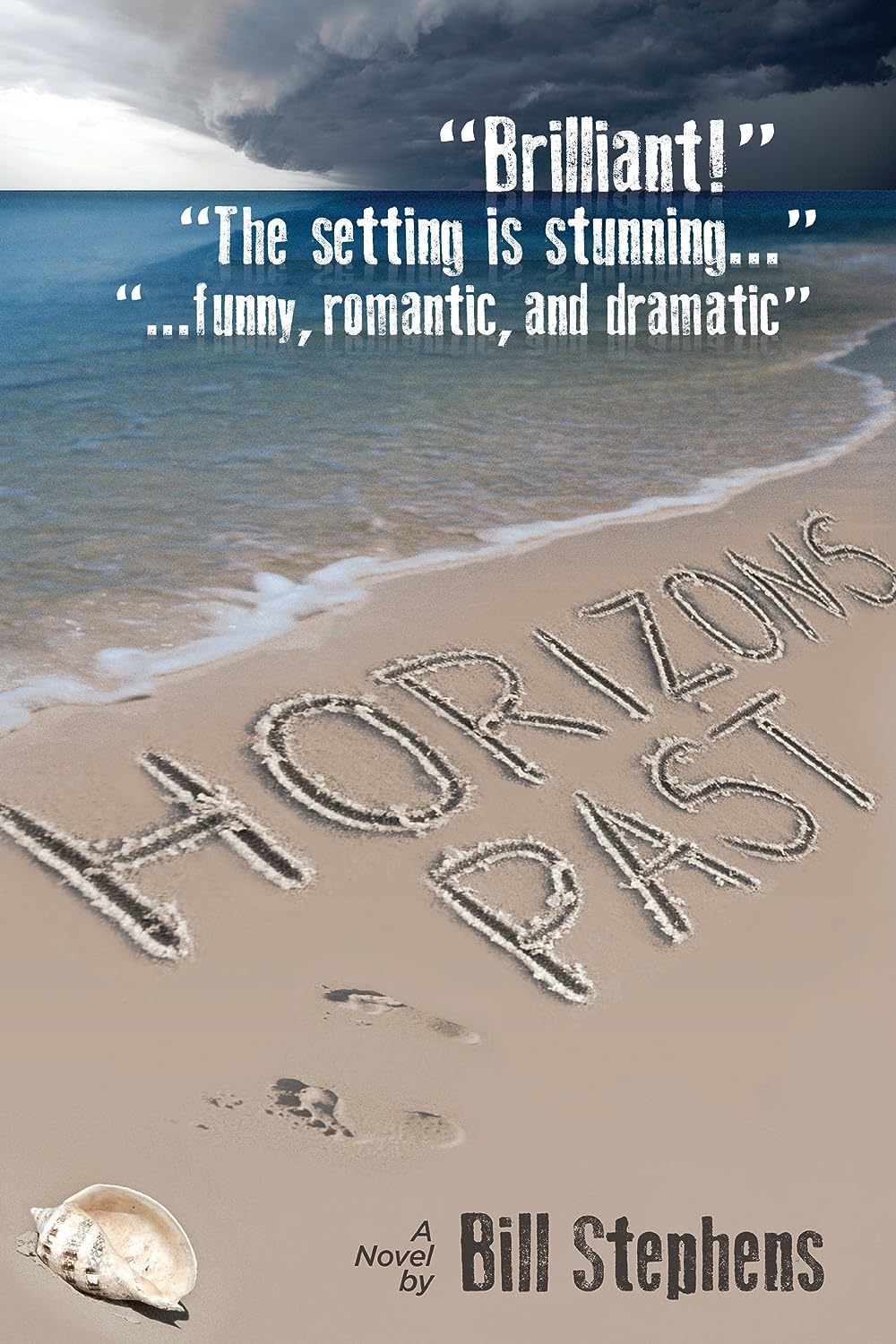 How is Writing In Your Genre Different from Others?
A true romance novel is written to a strict templet of characters and their actions. A literary romance like HORIZONS PAST requires considerably more character development and allows for more point-of-view characters and imaginative plot points

What Advice Would You Give Aspiring Writers?
Understand that writing in today’s market is a hobby, and be genuinely amazed if you ever get any recognition or income form it.

For over 18 years he was the cliché newspaper columnist who had “The Novel” third drawer down in his desk. He finally pulled it out one day, and his debut novel, Horizons Past is the result. This mainstream love story was followed by Vámonos!A Humorous Action Adventrue Novel. The difference in styles made him assume the pseudonym, Lisa Ray, for Horizons Past.

You can follow Bill on his Blog, “Read It and Weep.” www.publishersmarketplace.com/members/billstephens

Stephens is a graduate of The University of Texas and studied creative writing at Trinity University, San Antonio. As an avid outdoorsman he has hunted and fished from Alaska to Mexico and has ridden his Harley Davidson Motorcycle coast-to-coast, border-to-border, and more than 12,000 miles in Mexico. He lives in Texas with his wife and her critters. Visit his Facebook Author Page www.facebook.com/authorbillstephens

He soon will release his third novel, Woke Up This Morning, and a collection of short stories.

What Inspired You to Write Your Book?
During the two decades that I owned a house on Mustang Island, I rose through the ranks of island culture from “Tourist,” a pejorative epithet, finally to “Island Trash,” a term of endearment among islanders. This required untold late nights, soaking up Island culture along with the required libations. I also joined in the commercial Island activity as a restaurant consultant and learned that playing on the Island is much more fun than working there. Some of the most enjoyable times of my life were spent in Port Aransas and with its wonderful denizens. Unfortunately, gentrification of Port Aransas has forced much of the Island Trash away from their roots. But this story is not about any of my Island experiences and is the product of my imagination