You are here: Home / Autobiographies, Biographies & Memoirs / From Omaha To Da Nang: Reflections Of A 2-Yr Marine by Michael J. Schneider 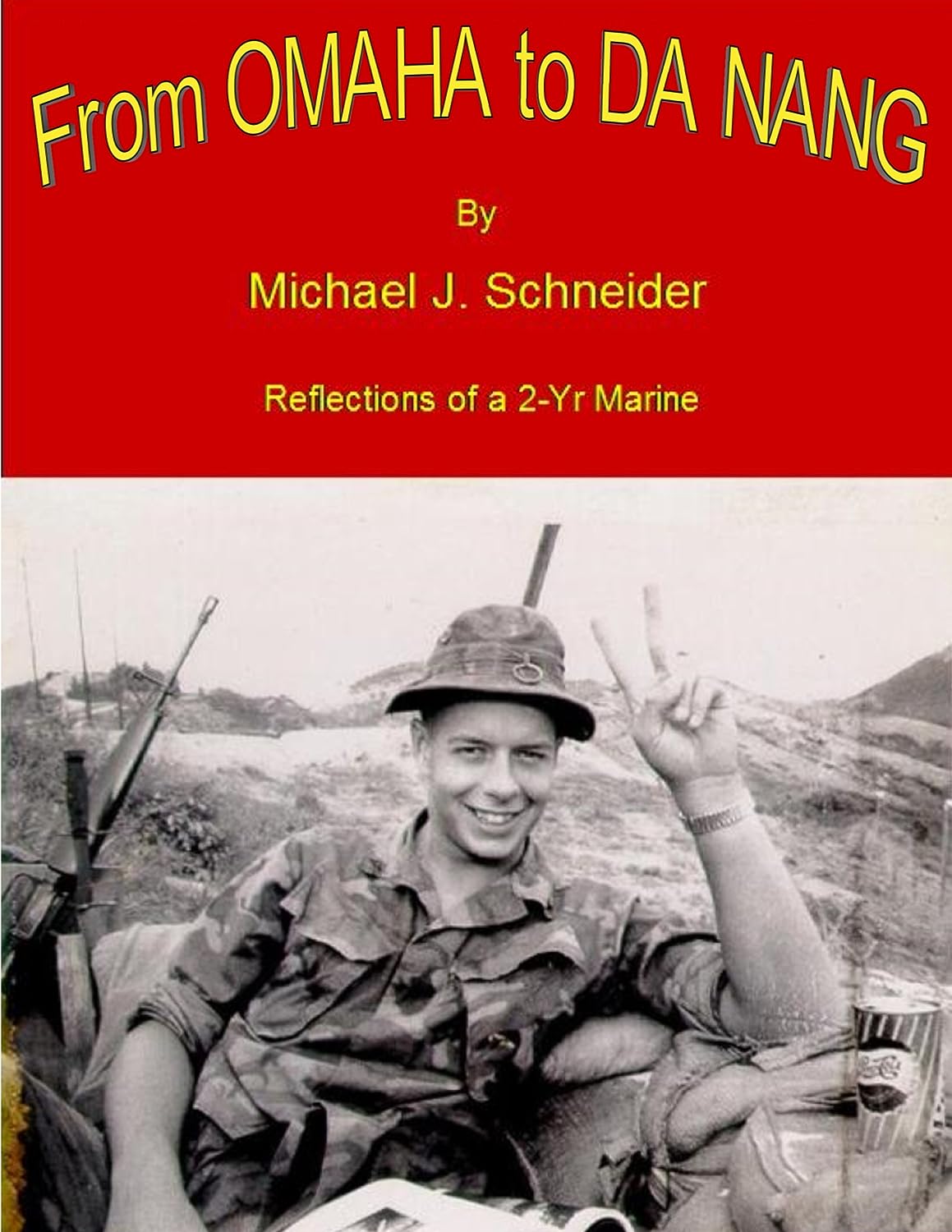 What inspired you to write your memoir?
I read a humorous book written for the young adult audience and thought I’d like to try to write one like it. Then I decided my experience in the Marine Corps had a lot of humorous incidents in it. With the idea that truth is sometimes stranger than fiction I decided this book might be quite entertaining.

About your Book:
Not everybody can be a hero but everyone can have an adventure. This book takes you through the rigors and humiliation of Marine Corps Boot Camp and onto the life afterward. What could an enlisted Marine serving during the years 1969 – 1970 expect?
Well Vietnam for sure; but this Marine avoided combat even though he served over 14 months in Vietnam. Life in a rear based unit did have its challenges whether it was trying to stay on your feet patrolling the perimeter wire or avoiding embarrassment while dancing with the Australian Girl in a USO show.

This book presents the humorous anecdotes, grim realities and bonds of comradeship experienced by a Marine whose primary job was that of a Company Clerk. It is intended to guide those contemplating enlisting in the Marine Corps to realistic expectations. For other readers, the intent is to entertain. The incidents related are true and truth is, indeed, sometimes stranger than fiction.

How did you decide how to publish your book and where is it published through:
I’ve tried to publish previous books through traditional publishers with no luck. When I wrote Swift, Silent, and Deadly: Recon Marines in Vietnam, I couldn’t even interest agents to promote the book to publishers.
When I learned that one could publish ebooks at no up front cost on Amazon Kindle, I decided to go that route. I’ve now sold over 1000 copies Swift, Silent and Deadly. I figured Amazon Kindle was the way to go with From OMAHA to DA NANG: Reflections of a 2-Yr Marine.

How do you see writing a Memoir as different from writing other genres of books?
Yes, first it is factual, second it doesn’t require a lot of research.

Author Bio:
I was born and raised in Omaha, Nebraska. At the age of 18, I was eligible to be drafted as the Vietnam War was at its peak. I chose instead to enlist in the U.S. Marines. I spent 14 and 1/2 months in Vietnam with the 1st Reconnaissance Battalion, 1st Marine Division. My period of service was from October 3, 1969 to December 13, 1970.