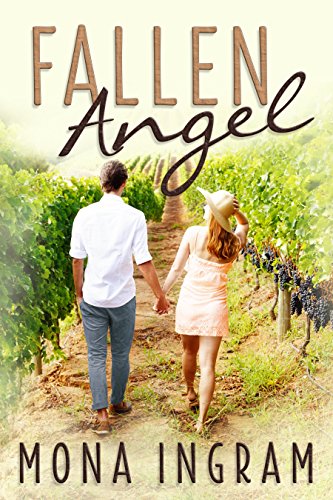 Laura MacLeod doesn’t need an intervention to know she’s in trouble. A pediatric nurse on an oncology ward, she has seen her share of suffering. But when tragedy touches her personally, she falls apart and accepts help in the form of pain killers. She becomes rapidly addicted, and her downward spiral is humiliating as well as life-changing. Fresh from rehab, she travels to the Okanagan Valley, where she has agreed to perform menial work at a winery for several months. F-18 fighter pilot Bradley Jamieson has witnessed the horrors of war in Afghanistan, resulting in the loss of his ability to speak. Weary from the aftermath of war, he accepts his friend’s invitation to visit his winery. Unable to understand how a beautiful woman like Laura could throw away her life by taking drugs, he is determined to avoid her. But the more he sees of this gentle woman, the more he’s attracted to her. The summer sun isn’t the only thing generating heat in the valley. Laura and Bradley battle their growing attraction for one another while fighting their inner demons. Can these two troubled souls find the peace they desire, or will reality bring them crashing back down to earth?

What Advice Would You Give Aspiring Writers?
Don’t be too quick to dash off a book and put it out there. Even experienced authors make this mistake, and usually regret it. Write the very best story you can, step back for a while, re-read it, polish it again, and then send it for professional editing. Be prepared to so something to promote it every day. I agree with many successful authors who say that your best route to success is to write the next book.

Author Bio:
Mona Ingram was born in Ontario, Canada. Her family moved to British Columbia when she was twelve, and she can’t imagine living anywhere else. In recent years she has lived in the Okanagan Valley and on Vancouver Island. In addition to reading and writing, traveling and bird watching are among Mona’s favorite pastimes.
Mona’s first five books were published in hard cover by Avalon Books, which was purchased by Amazon in 2012. Those books are now available under Amazon’s Montlake imprint in hard cover, soft cover and e-book format, along with her many (thirteen at last count) self-published novels.

Mona writes contemporary romance novels and takes great delight in creating unexpected twists and turns in her story lines. She frequently sets her books in areas which are familiar to her, immersing the reader in the setting. One reader recently commented that “after reading Fixing Freddie, I felt as though I’d been on a trip to Vancouver”.

What Inspired You to Write Your Book?
A couple of things inspired this book. Watching Nurse Jackie – although fictionalized – I realized how easy it would be for someone to misuse drugs if they worked in a hospital setting. Plus, I live in the Okanagan Valley and have often felt its healing powers when I most needed them. As to the hero… he’s my idea of a real man; the kind of man I’d want in my life if I were Laura.