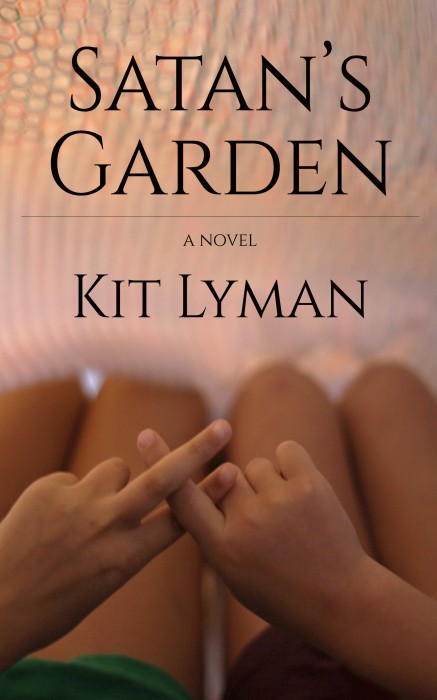 Comments about cover design
Dani and Keely imagined that life was more magical than others believed. If they had to be summed up, their one plus one would equal three. Together, they became something greater. It was twin sisters against the world.

The 1+1=3 handshake found on the cover reflects this, with Dani in her favorite green and Keely in her purple. I wanted to create the juxtaposition of innocence and evil because that is a theme found throughout the book. The blanket shell the girls hide under represents this illusion of protection and safety, something that we soon find out had tricked us all along.

Morgan Eastlack is a new cover designer to the scene, and she works directly with authors to create the image that fits with the theme of their book. Satan’s Garden explores the story of ten-year-old twin sisters and how their lives diverge after one is kidnapped. It’s a hard story, but it’s also one that shows us how love, friendship, and faith can survive in spite of the most terrible circumstances. Morgan Eastlack was able to tell this story in a single image. I explained my vision, and she created it before my eyes. She put together the entire photo shoot, with my only job being to hold the fan “just right” so the blanket would billow properly. I couldn’t speak more highly of her artistry and ability to bring ideas to life.

This book is special to me, not just because it is my debut novel, but also because of the story I want it to tell. It’s about those special kinds of friendships, the ones that make you bigger than you ever thought you could be. This cover makes me feel that, and I want to thank Ms. Eastlack for making it possible.