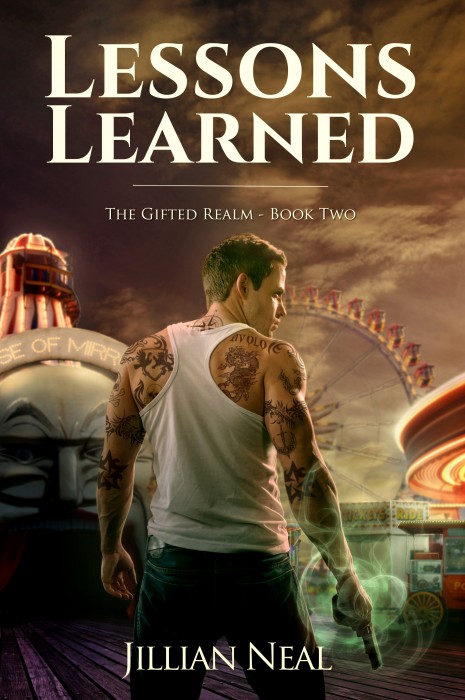 Comments about cover design
With “Lessons Learned,” I worked closely with my phenomenal cover designer, Ana Cruz, to capture a scene from the book. Elite Iodex Officer Garrett Haydenshire is in pursuit of a kidnapper at the Virginia Beach boardwalk. Ana and I worked tirelessly to show the juxtaposition between what should have been a fun-filled day at an amusement part and the foreboding dread that has, once again, taken hold. Gifted people are able to summon and use the Earth’s energy at will. Garrett’s protective shield cast is shown surrounding his hand and gun. He’s cast the gun to make certain that if he needs to pull the trigger, he doesn’t miss his mark.