You are here: Home / Fiction / Fantasy / Cover Contest: Bound and Hagged, Book One of Home Summonings by James McDonald 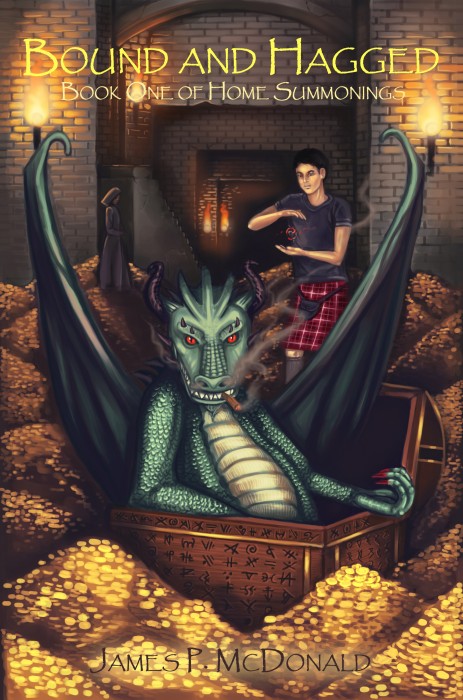 Bound and Hagged, Book One of Home Summonings

Comments about cover design
I worked up an initial cover with one artist, and even though I liked the image, it did not really convey the tone of the story.