You are here: Home / Fiction / Mystery/Suspense / Chimeras by E.E. Giorgi 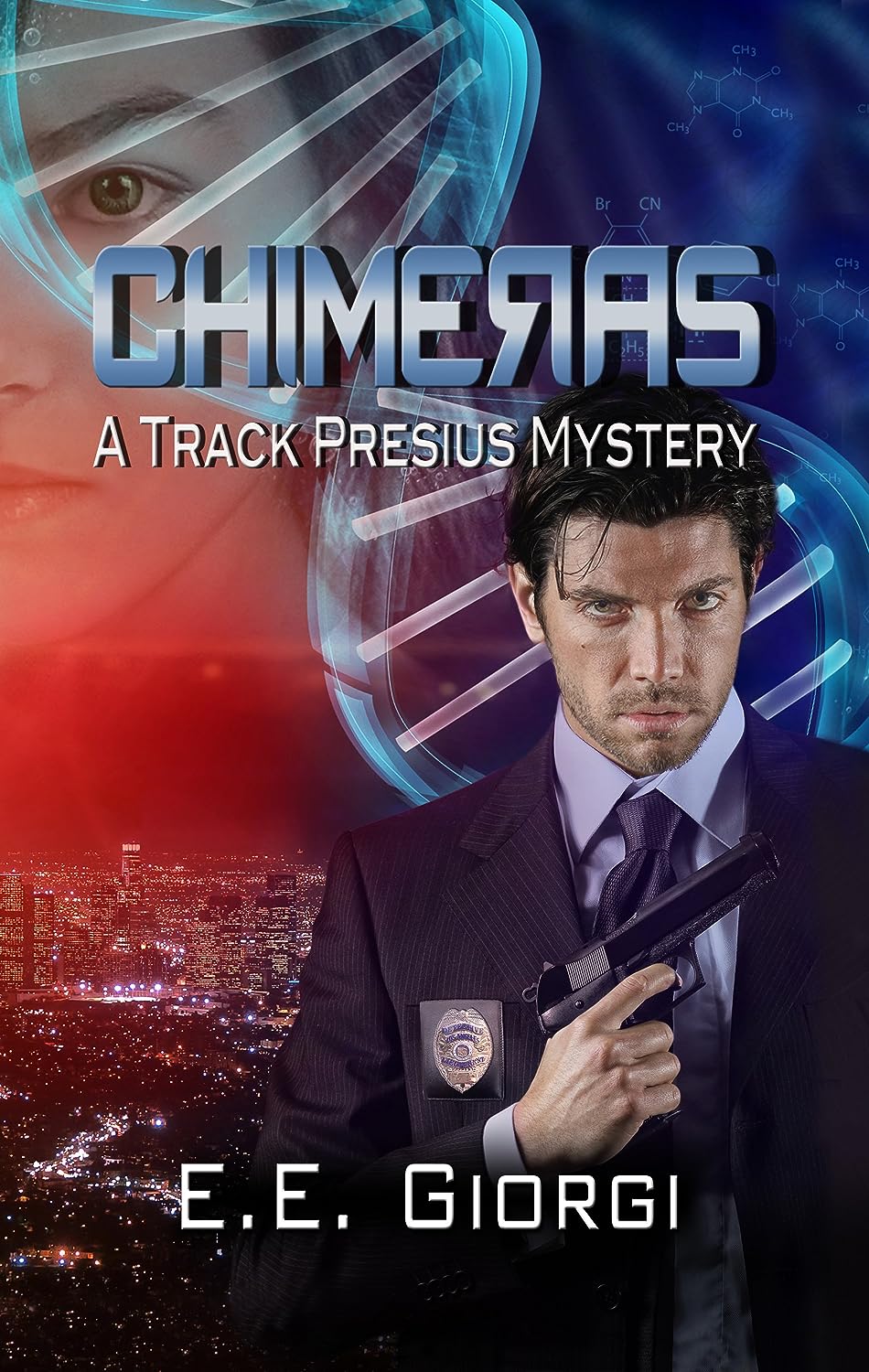 Haunted by the girl he couldn’t save in his youth, and the murder he committed to avenge her, Detective Track Presius has a unique gift: the vision and sense of smell of a predator. When a series of apparently unrelated murders reel him into the depths of genetic research, Track feels more than a call to duty. Children are dying — children who, like himself, could have been healthy, and yet something, at some point, went terribly wrong. For Track, saving the innocent becomes a quest for redemption. The only way he can come to terms with his dark past is to understand his true nature.

What Inspired You to Write Your Book?
To be completely honest, the inspiration was a book that I picked up and found so disappointing I couldn’t get it out of my head. I guess there is such a thing as a “negative inspiration,” because I couldn’t get over how bad the book was, and how differently I would’ve written the story had I been the author. I got so obsessed that I started writing my own version until it became a completely different story — different genre and different characters. I’m a scientist, so I tossed in ideas I came across from my research, fascinating tidbits about genes. We can create “monsters” and super-humans just by twisting genetics, and that, for me, was the fun part.

How Did You Come up With Your Characters?
I started thinking about what it would feel like to be over-sensitive to smells — it’s something that hasn’t been exploited enough in fiction, and yet it makes a great trait for someone who investigates crimes. I gave it a genetic twist — I made the sensitivity to smells come from some weird genetic condition. I learned that we still have “ancient” genes in our DNA that today we don’t use anymore. Our ancestors, though, used them to hunt. With CHIMERAS I took the poetic license of turning back “on” these silenced genes and created an ordinary man with extraordinary senses. Add the “snarkiness” and the sarcasm (I read a lot of Chandler books) and that’s how Ulysses “Track” Presius was born.

Book Sample
From the PROLOGUE:

It was one of those hot summer afternoons, with air made of cobwebs and a glare as sharp as pencils.

A few hours later Johnny Carmelo was dead, his brains skewered by the whistling path of one of my bullets. He collapsed on the pavement, a red trickle of blood weeping down his face. They told me they weren’t going to clear me back to duty until the investigation was over. I left the next day. I drove up to the Sierras, camped in my truck, and hunted at night.

There are days I long to disappear in the wild, go back to the predator life I was meant to have. Kill the prey or be killed: it’s in my genes.
A chimera, that’s what I am. And this is my story.

About the Author:
E.E. Giorgi is a scientist, a writer and a photographer: she spends her days analyzing HIV data, her evenings chasing sunsets, and her nights pretending she’s somebody else. She loves to blog about science for the curious mind, especially the kind that sparks fantastic premises and engaging stories. Her detective thriller CHIMERAS, a hard-boiled police procedural with a genetic twist, is now available on Amazon.

Links to Purchase eBooks
Link To Buy CHIMERAS On Amazon