You are here: Home / Fiction / Horror / Z Plan: Blood on the Sand by Mikhail Lerma 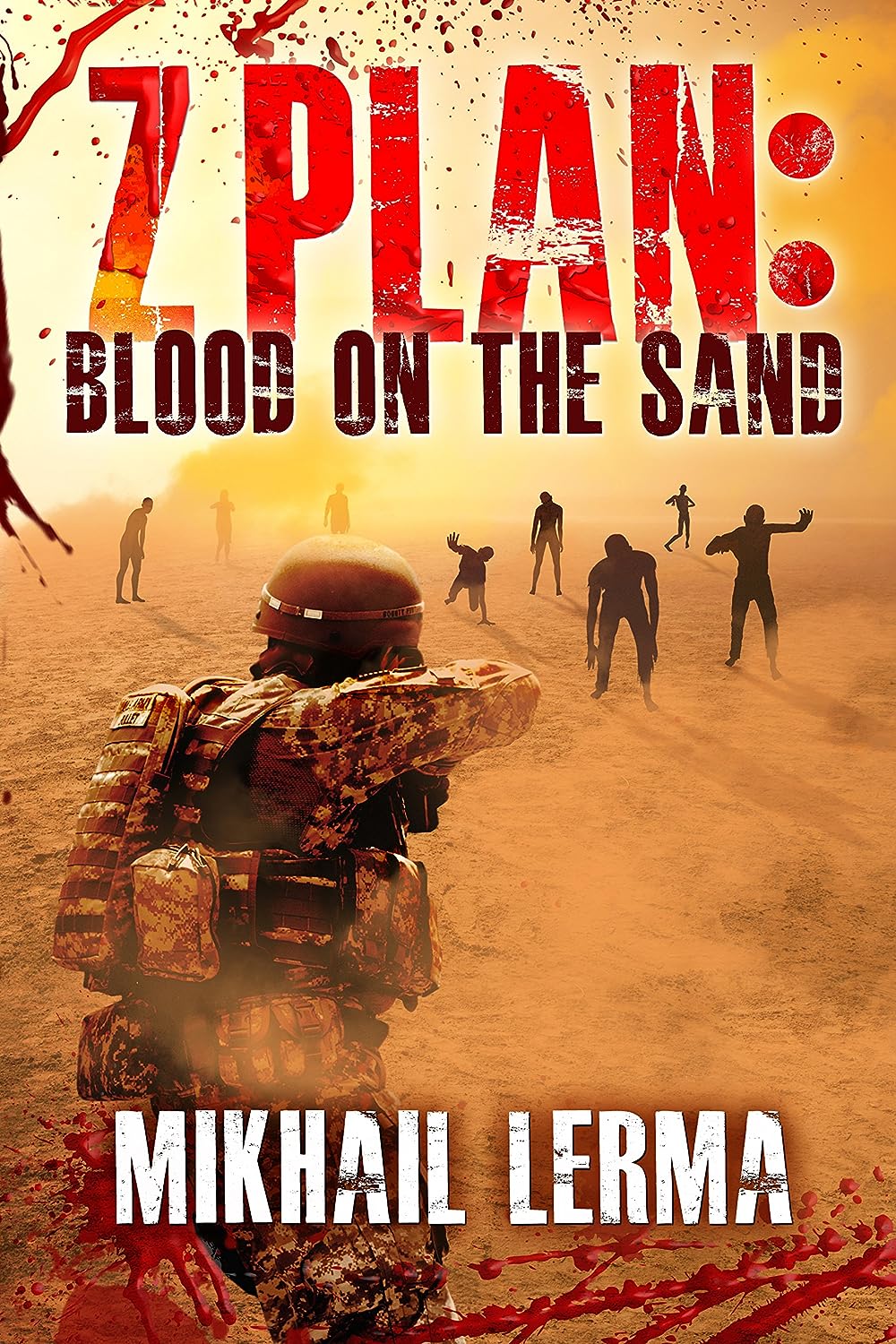 Cale was sent to Iraq with the usual thoughts any Soldier going to war might have; being lonely away from his family, not wanting to take another human’s life, and above all, the fear of never returning home. Although well trained, nothing could have prepared him for the horror he was about to face.

Cale never thought the thing that could keep him from ever seeing his wife and daughter again would be a zombie apocalypse. As he and a handful of fellow Soldiers escape their base after a massive zombie attack, becoming deserters in order to survive, he begins the long and unexpected journey home through the harsh terrain of the desert; a barren landscape now swarming with not only undead cannibals, but also the enemy he was originally sent to fight.

The newly formed group plans to travel west, find a boat and maybe, with a bit of luck, make it back to America. Cale is tested beyond his imagination and brought to the brink of insanity as he loses friends while fighting the flesh eating masses. He risks his life for weeks, focused on holding his wife and daughter in his arms again. It seems all hope is lost when he finds himself alone and adrift at sea … but is hope really lost?
Inspired by my experiences as a U.S. Army Soldier in Iraq, BLOOD ON THE SAND delves into the idea of not just surviving a zombie apocalypse but making the seemingly impossible trek home. It is the first book in the Z PLAN series.

What Inspired You to Write Your Book?
The idea for this story came to me during a mission in Iraq. A fellow soldier and I were spooked by a slow moving Iraqi man, shuffling between vehicles. Instantly the thought of a zombie came to my mind. I’ve been a fan of zombies from a very young age and this idea came to me; what if a zombie apocalypse happened right here and now? How would I get home from Iraq? And so, Z Plan was born.

How Did You Come up With Your Characters?
A lot of my characters were drawn from friends and fellow soldiers. I wanted my characters to be realistic, and have believable reactions to situations.

About the Author:
Mikhail Lerma was raised in the small town of Holdrege Nebraska. In the third grade he wrote his first short story, in which the main character was a monkey. Not taking his career as a writer too seriously after that, he finished his high school years by joining the army when he was only 17.

He spent 10 years in the army starting as a truck driver and eventually becoming a combat medic. While deployed to Iraq in 2007 he spent missions in a turret as gunner. In his free time he began writing a story having nothing to do with monkeys. Only time will tell if this was a good career move. With encouragement from his friends and family he decided to start taking his writing seriously. Storytelling has become a passion of his, with a strong interest in horror and science fiction.

He is currently going to school to become a paramedic, and finishing his first series for Permuted Press. He lives in Iowa with his wife and three daughters. He does not have a pet, but if anyone would like to donate a male dog to level out the hormones in his house that would be much appreciated.