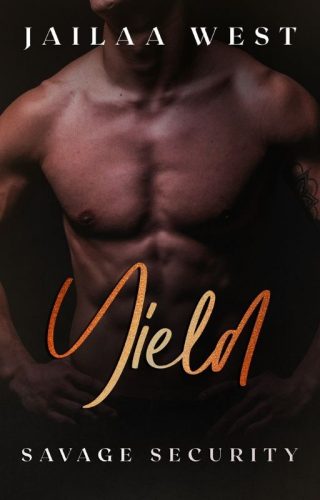 Adam Savage lost his heart while serving as a Navy Seal in Afghanistan. He came home and survived by throwing himself into the family business. Feeling nothing until he met Cassie Sheng. One look at the beautiful IT expert his brother hired and he found the heartbeat he thought he’d lost. For six months she shared her body and soul. Her warmth melting the arctic tundra inside. Six months later it was over. No explanation, other than a pitiful Dear John letter.
He’d sworn he would forget about her. He’d lost so many people already, he knew how to lose one more. But then mysterious events at Savage Security put her back on his radar. Three years later and he’s not sure if she’s here to hurt him or help him. The only thing he does know for sure, is that he’s not walking away again. Not without answers.

What Inspired You to Write Your Book?
Growing up I always had "book boyfriends" with romance books. I quickly became addicted to writing romance novels and integrated my many imaginary "book boyfriends" and developed the Savage Security Series. This is book 5 of that series…and my imagination keeps growing after each short steamy romance story.

How Did You Come up With Your Characters?
Growing up in a large family, I like the relationships that my brothers have and I wanted to tell a story that was based on a group of brothers and friends.

Book Sample
Why do you want to rehash our relationship now? When you couldn’t be bothered for the last three years?”
“You’re the one who said that this might be about us.”
“I meant that they knew enough about us to know that if they put you on my trail you would stop looking.” She shook her head. “But you’re going to have to keep looking. Because it wasn’t me.”
“Then who…”
“I don’t know. And I can’t figure it out right now. I have a client to see in…” She pulled her sleeve up to look at her watch. How had time gone by so quickly? “In ten minutes. And I need to get ready.”
“That’s it. That’s all you have to say?”
“That’s all I can say. I don’t have enough information or time to figure it out right now. The only thing I can say definitively is that it wasn’t me. And you can wipe that look off of your face. It also wasn’t anybody in my family.” Her shoulders sagged, and she scraped her fingers across her forehead. Now she was going to have a lasting headache. He needed to leave. She stood up and nodded her head toward the door. “I don’t know who you have working with you on this. But tell them I said to keep looking.”
He took his time standing up. Ignoring her nod, he captured her gaze and gripped it with his. “This isn’t over.”