You are here: Home / Autobiographies, Biographies & Memoirs / Whisper My Secret by JB Rowley 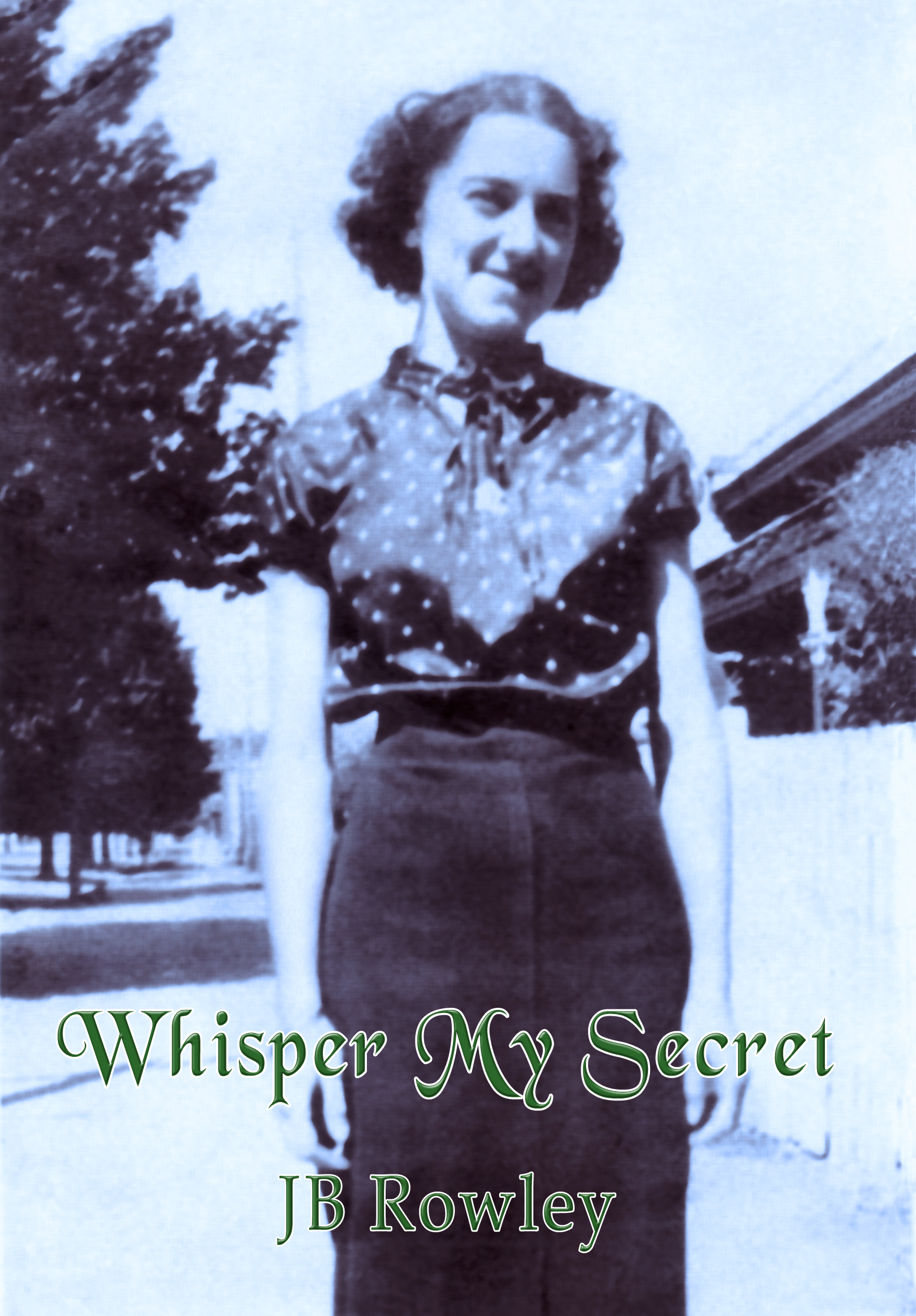 What inspired you to write your memoir?
Whisper My Secret is a memoir of my mother's life. I was inspired to write when I found her secret after she died- hidden in an old cash tin in her wardrobe. When I was a child she once said she would give me a story to write one day. I knew this was the story she meant so I wrote it.

How does a mother cope when she is forced to walk away from her three children and never see them again? That is what happened to JB Rowley mother, Myrtle. Eventually, rescued from her despair by tall, dark and handsome George Rowley who fell in love her, Myrtle started a new life and had seven more children. She buried the grief of losing her first children deep within and kept her pain secret.

JB and her siblings were unaware of the existence of Myrtle’s first three children until after she died. Desperate to know how such a thing could happen to a devoted and caring mother, JB went on a journey to find out. What she discovered was a heartbreaking story of loss.

It was a long time before JB was able to work out that her mother kept her early life and her first family secret out of misplaced guilt and shame. To redress that, JB decided to tell the whole world her mother’s secret. Whisper My Secret is a proud declaration that Myrtle did nothing deserving of guilt or shame.

How did you decide how to publish your book and where is it published through:
The book was originally published through a small Australian press. The contract had expired when I heard about Indie Publishing and Amazon and that seemed to me like an excellent way to publish books so I put the book up on Amazon and was amazed and quite chuffed that so many people were interested in my mother's story.

How do you see writing a Memoir as different from writing other genres of books?
For my mother's memoir (and the sequel Mother of Ten) I had to do a lot of research, including interviewing people, to get as many facts as possible. The research is essential and sometimes it is fascinating and then the problem arises as to how much to include. Too much detail can bog the story down. I see the main differences as (1) the amount of research involved and (2) deciding what factual details to include.

She grew up in a small town called Orbost at the mouth of the famous Snowy River in the state of Victoria. She spent her childhood chasing snakes and lizards down hollow logs, playing Hansel and Gretel in the bush with her brothers, climbing trees, searching the local rubbish tip for books to read and generally behaving like a feral child.

Stories have always been significant in JB’s life. As a child, she listened to stories on the radio and read many books, usually curled up in the hay shed. Early influences were Enid Blyton and Charles Dickens.