Why is Joe Stretch’s family in denial? What are they hiding from him?

He thought he’d left his family behind him and is busy running his new business. He’s broken up with his long-time girl-friend, but then out of the blue his step grand-mother Ursula falls ill and summons him to help.

He’s drawn back inexorably into the family circle, his much older sisters, his uncle and cousin, and his mother, estranged from his father. When they all hear about his visits to see Ursula he can’t understand why they suddenly start to take an interest in him again. What’s the worry?

When Ursula dies and her will is read, he starts to find out some unpleasant truths. His affairs with women turn sour; sex and love aren’t enough to help him. His business collapses in the recession. He has to confront his relations.

Can he save himself and find happiness? There may be an answer but it will be a long way away. 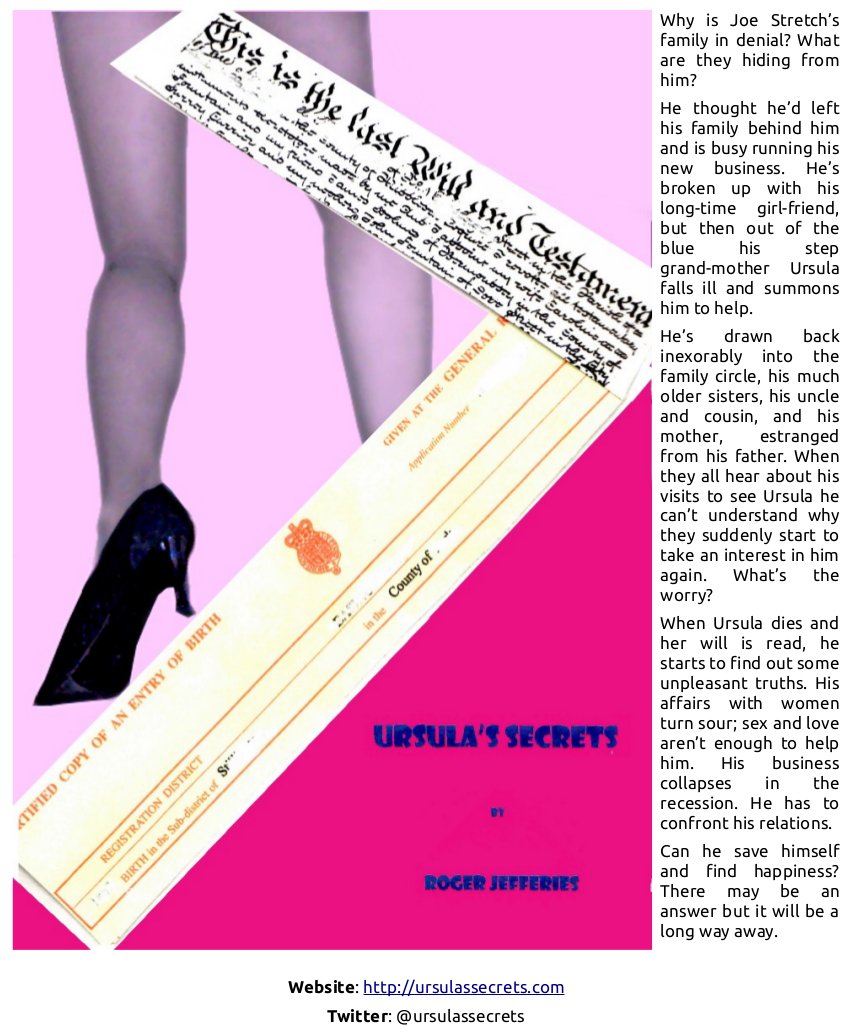 What Advice Would You Give Aspiring Writers?
Just write something and self-publish, don’t wait for anyone to tell you you’re good, follow your dreams.

Author Bio:
Roger Jefferies worked as a lawyer in public service. He had always wanted to write fiction and when he retired he started to write in earnest-and soon discovered that he also had to learn how to write. He has written four novels and has just completed a fifth. In the last two years he has been writing short stories several of which have been published.

‘Ursulas’s Secrets’ is the first of his novels to be published.

He is married with four adult children and lives for some of the year in the Languedoc in France, with occasional forays to Thanet on the Kent coast. But he is a Londoner born and bred and enjoys his life in south west London where he is a member of the Barnes Literary Society, and the Richmond Writers’ Circle which he attends regularly and reads his work with other authors.