You are here: Home / Fiction / Romance - Erotica / Upon A Midnight Clear by M.J. Schiller 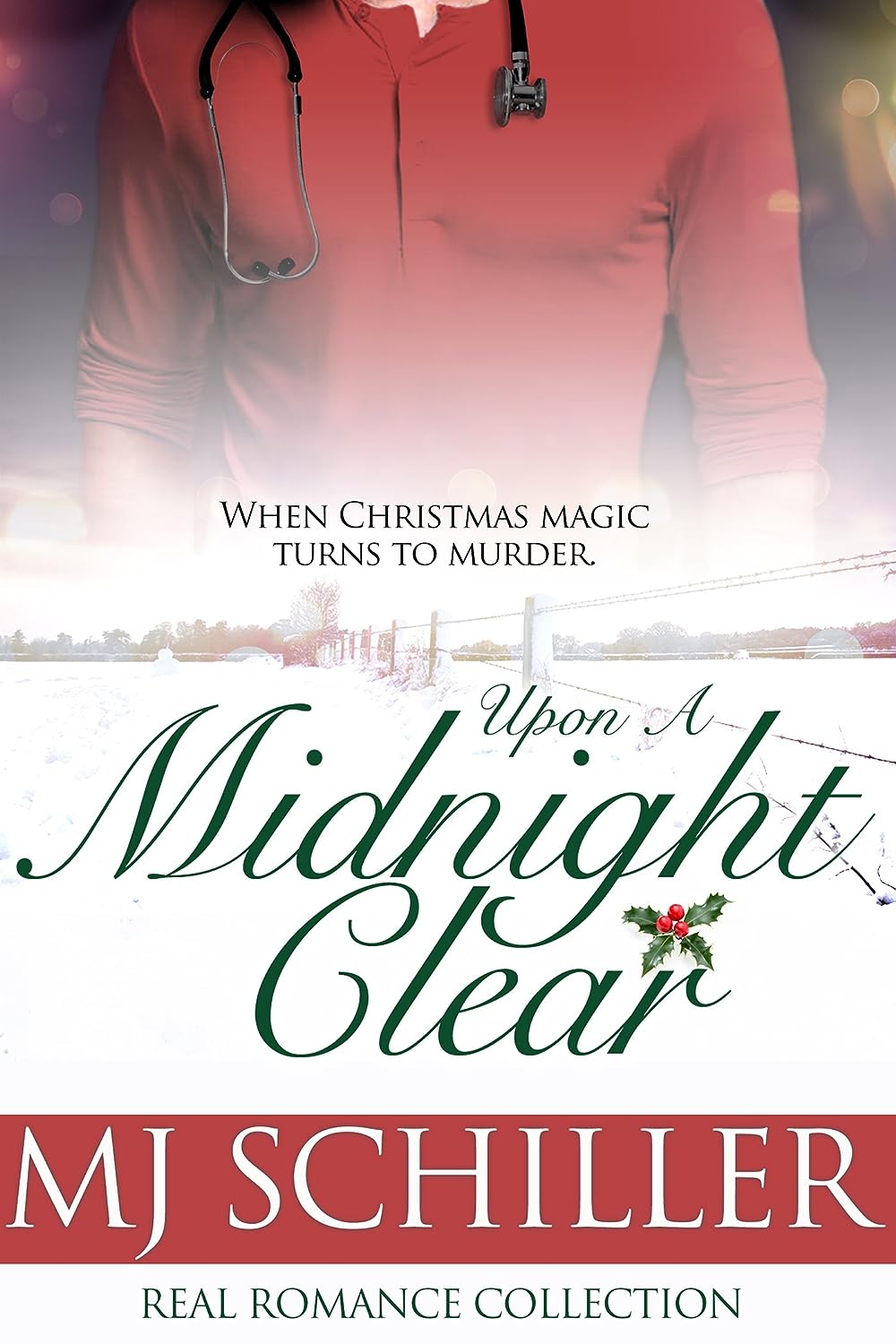 Dylan Fisher is an EMT and part-time Santa Claus at a mall in Denver, Colorado.

He has logged plenty of time with children sitting on his lap asking for anything from the latest electronic gadget to a week’s worth of homework passes, but he never heard anyone ask for what little Delaney Kelly asked for on one snowy night in December. A dad! When Dylan’s eyes search the crowd for Delaney’s mother and land on Keira Kelly, the paramedic almost finds himself in need of a little CPR. She is stunning!

Keira Kelly is still grieving over the loss of her husband…
… but a reckless driver has her thinking about nothing but survival as she’s headed home from the mall. When Keira wakes in the hospital to find a hunky EMT at her bedside, she begins having a few thoughts that would put her on Santa’s Naughty List for sure!

Neither is ready for what is coming UPON A MIDNIGHT CLEAR!

hen she finds out the EMT is only hanging around because the police believe someone is out to get her, she’s not sure what to think about his kindness. Is he helping her because he wants to, or because he feels he needs to? And what about the man who rammed her car, could he have had something to do with her husband’s death?

What Inspired You to Write Your Book?
I actually wrote it for a submission call. Was for a romantic suspense with Santa character.

How Did You Come up With Your Characters?
Who doesn’t love an EMT? I liked my villain, because you could understand his motivation. The widow with the little girl who asks for a dad for Christmas when she sits on Santa’s lap. It was all kind of fed by the submission call.

Book Sample
Her heart began to beat faster. She was no longer singing, but Delaney didn’t seem to even notice, carrying on without her. She heard her singing about Frosty “hippity-hop-hopping through the snow.”

Keira was pretty sure that was wrong, (didn’t Peter Rabbit “hippity-hop?”), but didn’t bother to correct Delaney. Her hands clutched the steering wheel as she hunted for a street ahead they could turn down. Spotting one, she waited until the last minute to signal and then made a right-hand turn. To her horror, tires screeched and beams from the black sedan’s headlights swung crazily as the car swerved around the corner, too, fish-tailing in the snow, but following all the same. A motor raced as it zoomed up on them, getting so close she lost sight of its headlights as they dipped below the SUV’s back bumper.

Her heart thudded in her chest. I can’t panic. Kevin told me if someone ever followed me I should head straight to a police station. But where’s a police station? She searched her mind, street names and places flashing before her eyes and then the impact of the sedan’s bumper jolted the SUV.

“It’s okay, sugar.” Even though she wanted to sound reassuring, her voice was tight. The car rammed them again.

Keira’s eyes flew back and forth from the rearview mirror to the road, trying to remain in control of the vehicle and anticipate her attacker’s next move at the same time. The street she chose was dark. A park hemmed either side of the two-lane road and a long row of drivers in the opposite lane waited their opportunity to turn onto First Avenue.

“Aaahh!” She involuntarily yelped as the sedan hit them with greater impact, making her SUV skid across the pavement. She quickly corrected and then tried to speed up to avoid another collision. She checked the side-view mirror. Headlights zoomed up again and she braced herself.

Too late, Keira saw the car in front of her making a leisurely left-hand turn onto the thoroughfare from a side street. She screamed and slammed on the brakes. The SUV began to skid sideways, her rear bumper making contact with one of the cars waiting in line next to them, sending her vehicle spinning in the opposite direction. Delaney’s cries rang in her ears. Images blurred through the windshield, a tree, a lamp post, and then, the car gunning for them. With a tremendous crash of metal it drove the SUV into a park bench and a concrete, cylinder-shaped garbage receptacle decorated with neutral-colored pebbles. The airbags failed to employ. Her head hit the steering wheel with the initial impact, and then the side window when the SUV crumpled against the pebbled trash can.

A car horn blared, her car horn. She struggled to lift her head. About ten feet in front of them, the black sedan swam in and out of her vision. Its front bumper trailed on the ground on one side, half of the hood accordioned upward, steam rolling out of it menacingly in the cold night air. She imagined the black vehicle to be some sort of fire-breathing dragon. Why does it want me dead? she asked herself groggily.
It came to life in front of her eyes, backing up over the curb a few feet, pieces clunking and scraping against the concrete. The wheels turned and with a screech of spinning tires it scrambled toward her. For a minute, she thought it sought to finish them off. Instead, the sedan roared off into the night with sparks flying from its underbelly.

Pardoned for the moment, she became aware of the pain driving through her brain. She clutched at her stomach. She tasted blood. Head heavy, she laid it down on the steering wheel, closing her eyes. She heard the horn again…shouting… somewhere, Christmas music.
Delaney! a voice screamed in her head. Keira wanted to turn to search the backseat, but it felt like her head was no longer connected to the rest of her body. She heard a strange noise, a loud, screeching, whirring noise…the dragon returning. She whimpered and went still.