You are here: Home / Book Trailers / Trapped Under Ice by M.J. Schiller @mjschiller 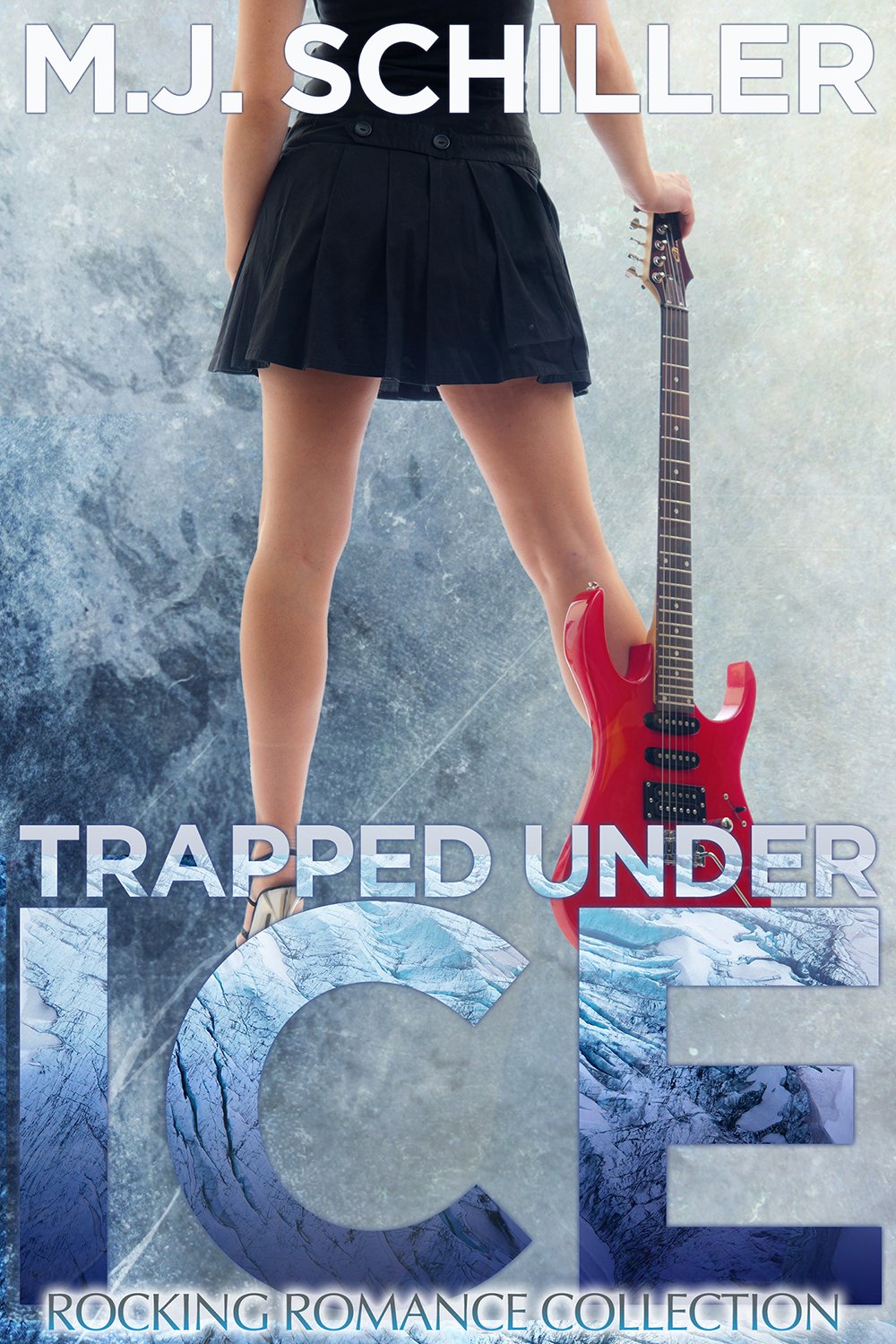 Trapped Under Ice is a novel about a three time platinum record-producing band whose lead singer, Chad Evans, is haunted by his past. Growing up in an abusive home, then being left alone at the age of thirteen to raise his kid brother, Chad still fights the pain he felt as a child, and the anger it causes, despite being a wildly successful rock star. “Chad [tries] to play his heart out on the stage; but he [can] never quite seem to leave it there.”

Beth Donovan, lunch lady/writer, is thrilled to be enjoying a Trapped Under Ice concert with her daughter, Cassie. Even though it has been three years since her husband, Paul’s, death, sorrow still shadows her life, so the distraction of seeing her favorite group is a welcome one. However, when the concert is over, Beth and her daughter are followed and attacked by two men in one of the stadium’s bathrooms. When Chad and his bodyguard, Pete, come to their aid, an attraction sparks immediately between Beth and the tall singer.
Though the pair is drawn to each other, the relationship goes through numerous trials centered on Chad’s unresolved anger, and Beth’s fear of opening herself up again. Just as the two seem to be able to work through their problems, they face being separated forever by someone who is sending Chad death threats. Trapped Under Ice is the story of a love-affair fraught with difficulties from without, (ex-girlfriends who resurface, crazed fans who don’t want to take “no” for an answer…), as well as difficulties from within, (jealousy, anger, fear…). Will Chad and Beth be able to rise above these trials and tribulations? Or will they remain trapped under ice?

How did you decide to create a trailer and what was your experience?
I have three book trailers. Three of my four children have made one for me! I had no idea that they even knew how to do a trailer! Each of the trailers they made did a good job of capturing the book.

What Inspired You to Write Your Book?
TRAPPED UNDER ICE was inspired, in part, by Nickelback music. The heroine is a lunch lady/romance writer like myself, so I guess you could say I was just putting my fantasy to words.

Author Bio:
MJ is a lunch lady in the heart of Central Illinois. My gosh, can you get more folksy than that? She met her husband at the University of Missouri-Columbia and now she has an nineteen-year-old (how did that happen?) and seventeen year old triplets! She loves to read, karaoke (where she can pretend she is a rock star) and spends WAY too much time on Facebook. She grew up in St. Louis and still has family there.