You are here: Home / Fiction / Mystery/Suspense / Tracing the Contours by Honor A Dawson @HonADawson 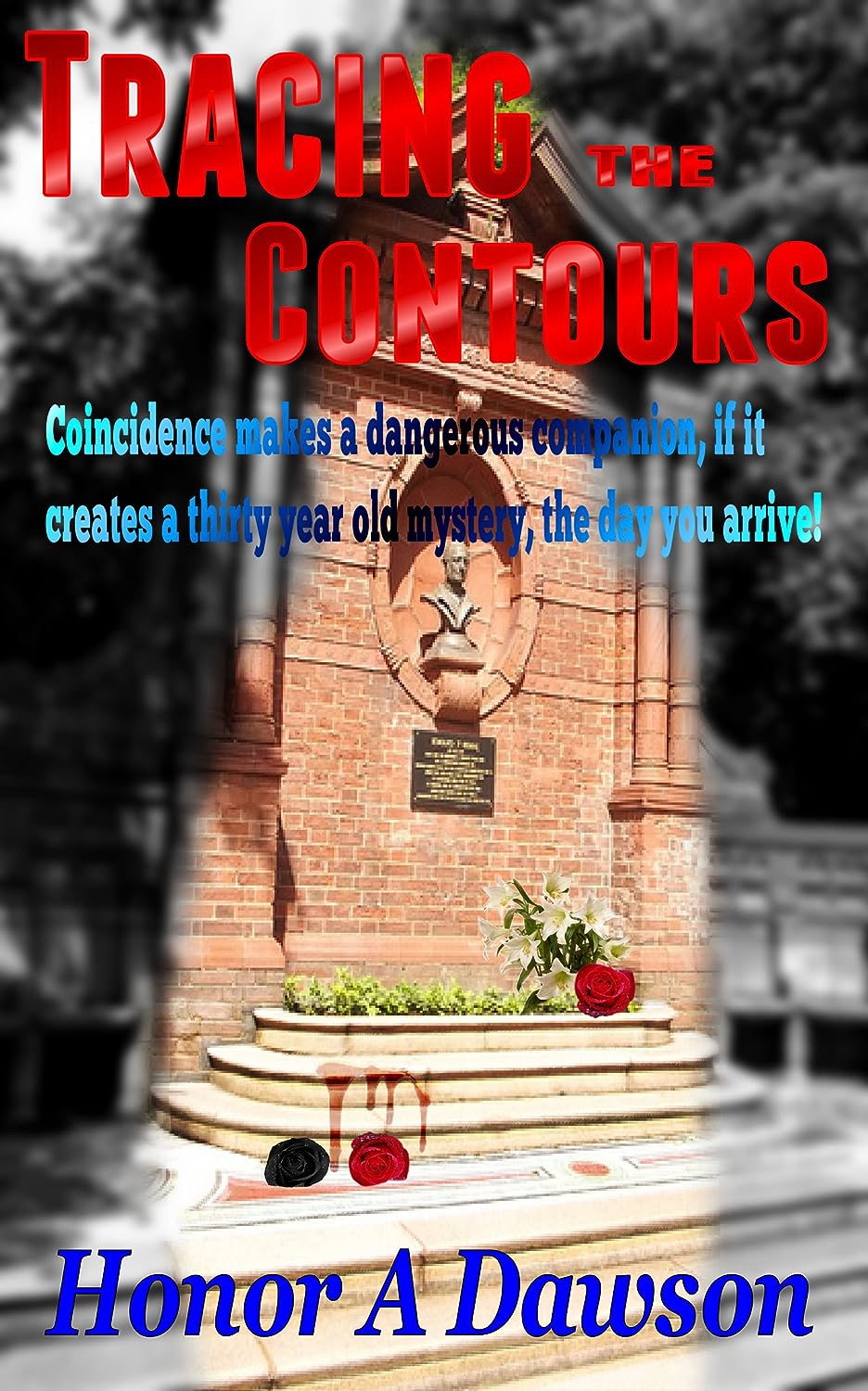 Megan has passed the limits of her endurance, the vindictive mental abuse has been intolerable. Time for a new life on her own terms, despite the consequences. As the train nears her destination Megan’s overwhelmed by a time displacement, coupled with a foreboding. What are these visions? She has neither recognition of the vague faces, nor any recollection of the violence that ensues.

Megan’s arrival in town is disconcerting for the local community; this close resemblance to Saskia, a past resident, provokes distasteful memories. Buried in the depths of Megan’s subconscious are the answers. Her life is enveloped by frustration and fear, too shocking to remember . . . too shocking to forget . . . fatal to ignore. Amidst the perilous encounters there is an unwanted revelation, a struggle for justice,

An opportunity for the investigative abilities of Luke Adams and his assistant Imogen Morrison.

Their working relationship and mutual admiration plays an essential part in the engine that drives this series. Luke and Imogen make considerable efforts to help their clients, often this raises other issues that exist in each others personal lives, leading to lively outbursts, and bouts of humour of one kind or another.This is an ongoing feature which accentuates the nature and flexibility of private investigators, Read and enjoy!

What Inspired You to Write Your Book?
I read extensively and watch British dramas , the latter’s popularity is as broad as their diversity: So I find myself engaging better with stories that have a good mixture of characters, and plots that suit. I prefer material that’s not over simplistic but clarifies the situation at it’s climax.

Thus I am biased towards mystery suspense thrillers, primarily those with seemingly crazy situations and puzzles beset by human foibles against a family background, occassionally wth some romantic element .These ingredients I may add or merge into the storyline, for an improved effect, it’s a distraction for readers as long as it is relevant, adds intrigue, tension and elements of conflict into the twists and turns that are a requirement for this genre.

To be succinct, my family, friends, acquaintances and adventurous pastimes have instilled within me a sense of excitement that I wish to share!

How Did You Come up With Your Characters?
Characters are not story components that readily pop into your head, well not for me anyway! I had to ponder for sometime before the lights went green and my mental traffic became orderly!

This novel is part of my Luke Adams Investigates series, therefore I prefer certain types as prominent characters (1) A detective was needed, not wooden and hard drinking, a man who’s somewhat sociallly inept, has a conscience, with an inner resolve but genteel (2) An assistant preferably a strong female with some compassion and sensitivity, but sociable and friendly the sort that on your first encounter you would instantly like. (3) A client who is the main character, whilst different for each novel, up to my 7th Luke Adams novel I have opted for females from varying walks of life.

This choice has given me a flexibility and a cast of characters that vary substantially with qualities we can recognise from our everyday lives. I am convinced we are all in a living novel, the nature of which is not quantifiable, but the degree of strangeness in our world is impossibly greater than our imagination can ever conjure.

About the Author:
I was originally a software developer and a systems analyst for a major bank. The experience and disciplines have been applied rigorously to my writing.

I have always been an avid reader averaging 50 titles a year, a book cached away in my baggage even when I was pony trekking,climbing and walking the hills and mountains of several countries, camped in the middle of jungles or on the wide savannah. My travel adventures and outdoor pursuits have been extensive and often adrenalin pumping! This life blend will eventually be utilised in some of my future novels.
I am a U.K resident, I live in a rural setting away from the hub-bub of the cities, an ideal environment for an author to be.

I create “family driven” mystery suspense thrillers , the emphasis is character and subject based, so expect emotionally charged episodes grounded by uncomfortable situations, some romantic interest,others may include supernatural/paranormal elements. These are books that climax to a “storyCrunch” time.

My title catalogue is growing steadily by 2015 I hope to have released 10 novels.

I am confident, because I have written them already, and they are in an editor’s grasp!Saying that gives me a tinkling feeling, I must stay calm !