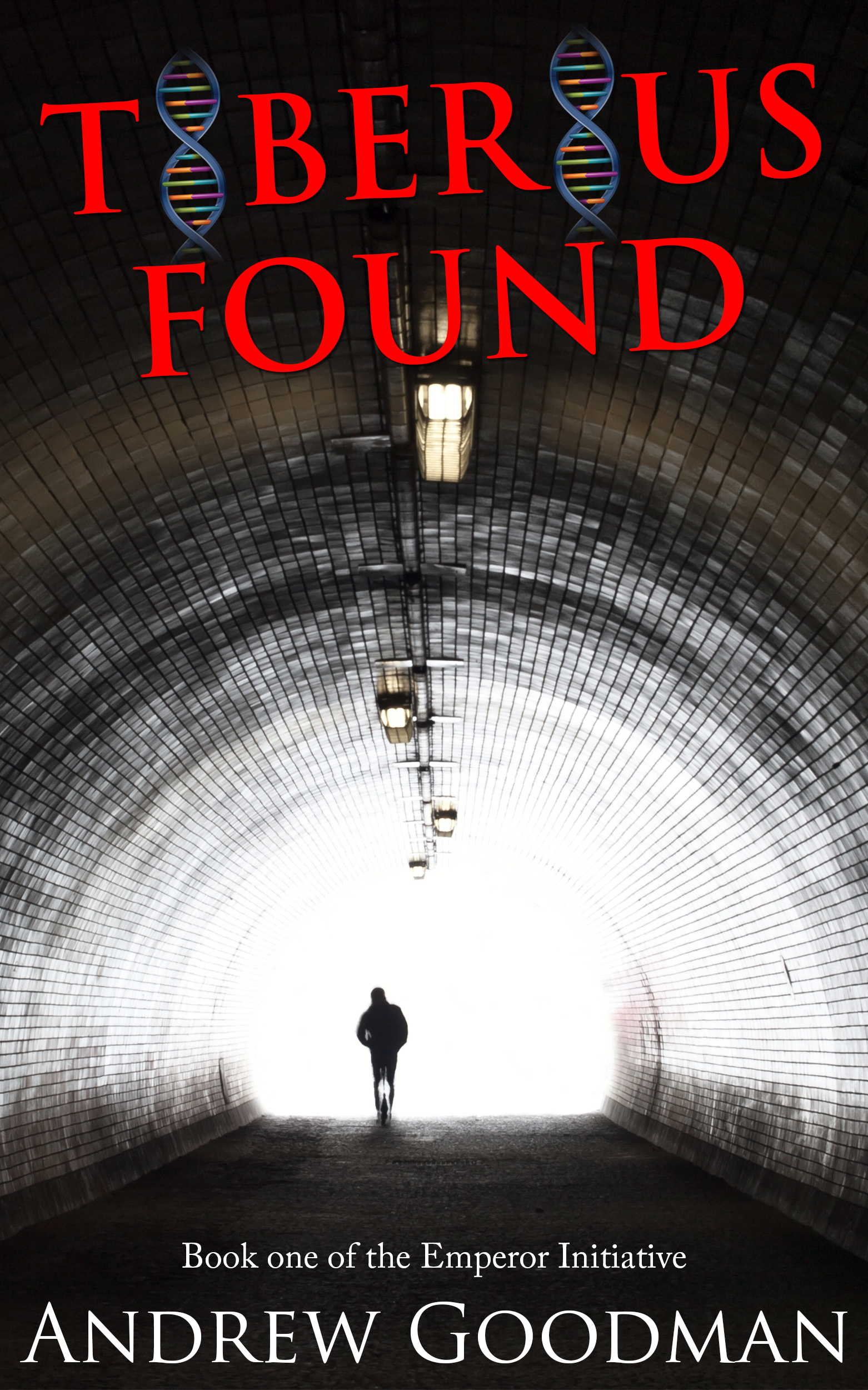 What would you do if you discovered your whole life to be a lie?

Daniel Henstock thinks he’s an ordinary schoolboy but on his sixteenth birthday his world is turned upside down. He is the world’s first one-hundred per cent genetically-engineered human – assigned the codename Tiberius – and Gregory Dryden, the man responsible, wants him back so that he can continue his deadly experiments.

Running for his life, Daniel flees to New York and is forced to go ‘off-grid’. In this near-future America, where the security-obsessed authorities require citizens to carry DNA cards, Daniel meets the feisty and beautiful Eleanor. But by falling for her, Daniel also puts her in terrible danger.

Daniel pursues the facts about his origins but is hunted by an agent sent by Dryden to bring him to heel. Can Daniel find out the truth whilst trying to evade those who think they own him? As his enemies close in Daniel must draw on resources he never knew he had to win his freedom – but in doing so he may be walking into a deadly trap …

TIBERIUS FOUND is the first installment in a thrilling series – The Emperor Initiative – that introduces an engaging new hero that will appeal to fans of Alex Rider and Jason Bourne.

What Inspired You to Write Your Book?
Tiberius Found started life as a short story that grew and grew. I found that I wanted to know how Daniel’s story developed and how he at first evaded then confronted his enemies.

How Did You Come up With Your Characters?
Daniel – the main character – is a normal boy thrust into extraordinary events. He grew from a process of “what would he do now?” Dryden – the bad guy – is a quintessential villain: smooth, smart and completely not to be trusted. He’ll say anything to confuse his enemies and get what he wants. He has no compunction, no conscience.

Book Sample
The blond man sat on a bench at the eastern end of the Serpentine in London’s Hyde Park and sipped coffee from a takeaway cup. The cut of his light grey suit marked it as being expensive and, with one leg crossed casually over the other, he looked like a thousand other office workers across the city enjoying the mid-morning sun. He watched as a married couple with a young girl threw bread to a horde of hungry ducks.
‘Attention Alpha One,’ a clear voice said through the hidden receiver in the blond man’s ear. ‘Target has entered through the Park Lane gate. He’s heading straight towards the bandstand, no deviation. ETA thirty seconds.’
The blond man took hold of the folded newspaper next to him and stood up. The child was now crying because her parents had run out of bread and they tried to cajole her, saying that daddy would go and get more but the girl’s tears continued to flow. The blond man shook his head and turned away.
‘Is he alone?’ he asked. His clipped accent suggested a private education.
‘Check,’ the voice confirmed in his ear. ‘No shadow.’
‘Good. Keep eyes open.’
‘Roger.’
The man made his way to the elaborate bandstand, dropped his cup into one of the bins and locked eyes onto his target; a man whose blue shirt was damp with sweat. He approached the sweating man from behind and smiled as he noticed the man shuffling from one foot to the other, his hands fidgeting at his side.
The blond man stopped close to his target’s shoulder but kept his face turned away. ‘Don’t turn around.’
The sweating man froze.
‘I’m going to open my newspaper,’ the blond man continued, ‘and you’re going to put the information in it. Do you understand?’
The other man nodded – quick and edgy – and pulled a small brown envelope from his trouser pocket. He slid it between the open folds of the newspaper next to him.
The blond man snapped the paper shut and tucked it under one arm. ‘I hope that this is what we agreed it’d be, Michael.’ He leaned in closer, ‘For your sake.’
‘Of course it is!’ Michael turned around to face him. ‘I just want all of this to be over, Jim. Okay?’
‘I said not to turn around,’ Jim hissed, the threat in his words clear. ‘And never speak my name again.’
The man turned back. Sweat beaded faster on his forehead. He wiped it away and swallowed hard. ‘I’m sorry. I’m sorry.’
‘I want this to be over too, I really do,’ Jim continued, his voice now soft and gentle. ‘I want you to be able to go back to your wife and forget that any of this ever happened. I wonder, though, what Amanda would say if she knew about you and Sophie?’
‘I’ve given you what you’ve asked for,’ Michael replied, close to tears. ‘There’s no point in threatening me anymore.’
‘I’m just letting you know that you might forget but should anything be amiss then we won’t.’
Michael shook his head. ‘It isn’t. Trust me; that’s where you can find the Tiberius file.’
Jim leaned in a fraction closer. ‘Then you’ve got nothing to worry about. Stay where you are for five minutes then … then do whatever you want. It’s a lovely day, Mike, why don’t you go and feed the ducks?’ He turned and walked away.
Michael remained rooted to the spot. A tear rolled down his cheek and he gave a shuddering breath of relief. ‘God help me.’ He wiped the tear away. ‘And God help the boy.’