You are here: Home / Fiction / Fantasy / The Underworld King by Ranjit More 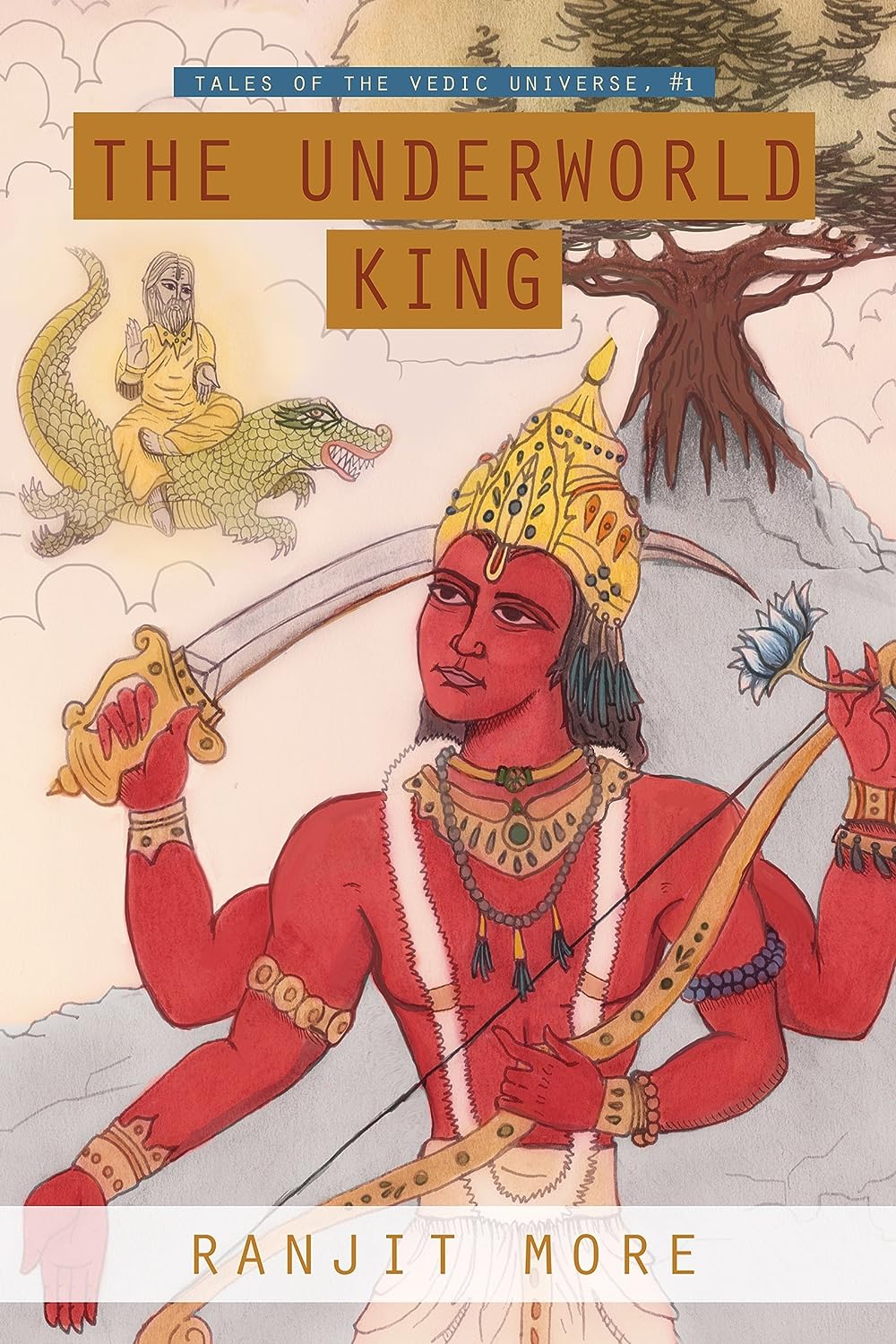 60,000 miles below the surface of the earth thrives a kingdom of daityas – giant, fanged beings of the night who sometimes travel to the world above and eat humans in the hearts of grim forests. Their four-armed king, Drumila, faces a new peril, and this time it is advancing upon him not from the heavens, where his eternal enemies reside, but from the darkest depths of creation. The naagas – giant, flame-breathing serpents – are traveling towards the capital of daityas, intent upon reducing them to ashes, and Drumila must do everything in his power to thwart them. For no matter how strongly he detests his subjects’ lifestyle and nature, it is his duty to protect them as king.

Moved by Drumila’s plight, the powerful sage, Shukracharya, swims down into the underworld upon the back of his giant crocodile and convinces his disciple-king to migrate to the surface of the earth.

What follows is an epic exodus to the earth above and a strange encounter with a beautiful girl thereupon. Nandini seems to be human, but all signs point towards her having descended from the heavens, the least of which are a delicate waist and long eyes extending up to her ears. But is this a trick of the gods? Drumila will find out soon enough, when the battle begins.

THE UNDERWORLD KING is the tale of the emperor of Paataal, the Hindu underworld, and the goddess of Svarg, the Hindu heaven, and their quest for endless power, lust and each other’s destruction.

What Inspired You to Write Your Book?
For a large part of my life I’ve possessed a very great interest in the Vedic culture, that has prevailed in my country since the birthing of this world, and the figures that have tread its fabric across the annals of exhaustless time. I’m taken with the gods, the Gods, the saints, the scriptures, the different schools of Indian thought – everything!

Over the past many months I have been projecting this peculiar interest onto paper fastidiously, in the hopes that I might create not only an engaging story, but also a fantasy that introduces the common reader to Hindu cosmology. “The Underworld King” is the reflection of this sentiment, albeit a very lengthy one, and an attempt to entice people towards the strangely satisfying culture of the Vedas. In other words, it is a Fantasy novel based on Hindu “mythology” and it is available for purchase on Amazon!

How Did You Come up With Your Characters?
Characters – well, they had to be consistent with the mystic world I’d set up, so I always retired to my experiences and memories of Indian mystics and ancient kings of india. Vedic literature has an exhaustive account of many such extraordinary personalities and figures. I drew heavily from this culture.

About the Author:
I’m a 23-yr-old Commerce student who loves Vedic culture and its figures!