You are here: Home / Children and Young Adult Books / The Undead: Playing for Keeps by Elsie Elmore 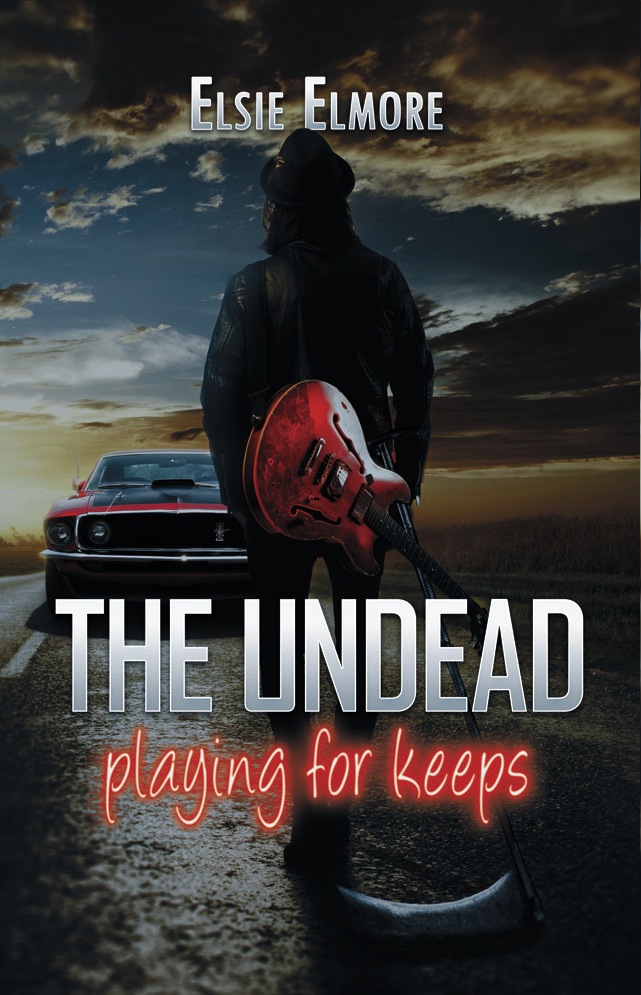 When an undead woman with serious de-comp issues stalks sixteen-year-old Lyla Grimm, her hope of rescuing her rock-bottom reputation takes a back seat. Especially once Lyla’s new talent of resurrecting the dead draws the attention of Eric, a Grim Reaper with a guitar and a chip on his shoulder.

While Lyla navigates the gossip-ridden halls, Eric works to gain her trust and discover why Death’s clients aren’t staying down. If she passes on her gift, his death-messenger destiny might be altered. But the closer he gets to Lyla, the less sure he is of his plan. The dead are way easier to deal with than the living.

What Inspired You to Write Your Book?
The Undead started as a “what if” after a personal experience. That simple question took me down a rabbit hole of possibilities and I never worried about whether the idea was plausible. In my mind, the boundary for reality was permeable.

As the story of undead began to unfold in my mind, it never ventured near The Walking Dead, which is a series I was addicted to once. I wanted the return to be less problematic and gory than the zombies in the apocalyptic stories. And the underlying theme of redemption and strength defined the characters journey.

How Did You Come up With Your Characters?
Every character I create comes from bits and pieces of people that I’ve encountered, but no one person translates into a full character in one of my stories. At least not yet.

Book Sample
She stares at me, not blinking and barely breathing.

“Come with me. We need to talk,” I repeat in a firm tone.

Without answering, she turns and races toward her house in a panic, swaying as if she might pass out.

Music and light suddenly pour out of the garage. KX pokes his head through the open doorway. Before she’s spotted, Blondie drops down behind a bush near her front porch. We’re not playing a game of hide and seek. Something is seriously wrong with that girl.

“Hey, Eric.” KX’s voice echoes across the yard. “You coming?”

I look over at the girl hiding behind the bush and then at the corpse on the ground behind me. “Yeah. Give me about five minutes or so,” I call out, grossly underestimating the amount of time this is going to take. But I can’t leave this mess as is. I’d rather be in the garage playing than out here with this shit, but I know better.

The door closes, leaving Blondie and me in the dark again.

Buy The Undead: Playing for Keeps On Amazon