You are here: Home / Bargains and Freebies / Bargain Books Under $3 / The Teacher’s Guide To Terrorism by Daniel Abbott

His world shaken by a terrorist attack, and his best friend critical in hospital, teacher and part-time spy, Augustus Fox, is once again called upon by MI5 to discover who was behind the blast and just what, or who, their next target will be.
To make things worse, his autistic brother, Larson, is struggling to cope with real life, and a face from Gus’ past has returned to haunt him.
When an extreme right wing political party tries to recruit him, will Gus succumb to the charisma of their leader, Thomas Wareing? Or will he continue blindly down the path of being the best man he can be?

Targeted Age Group: 16 and over 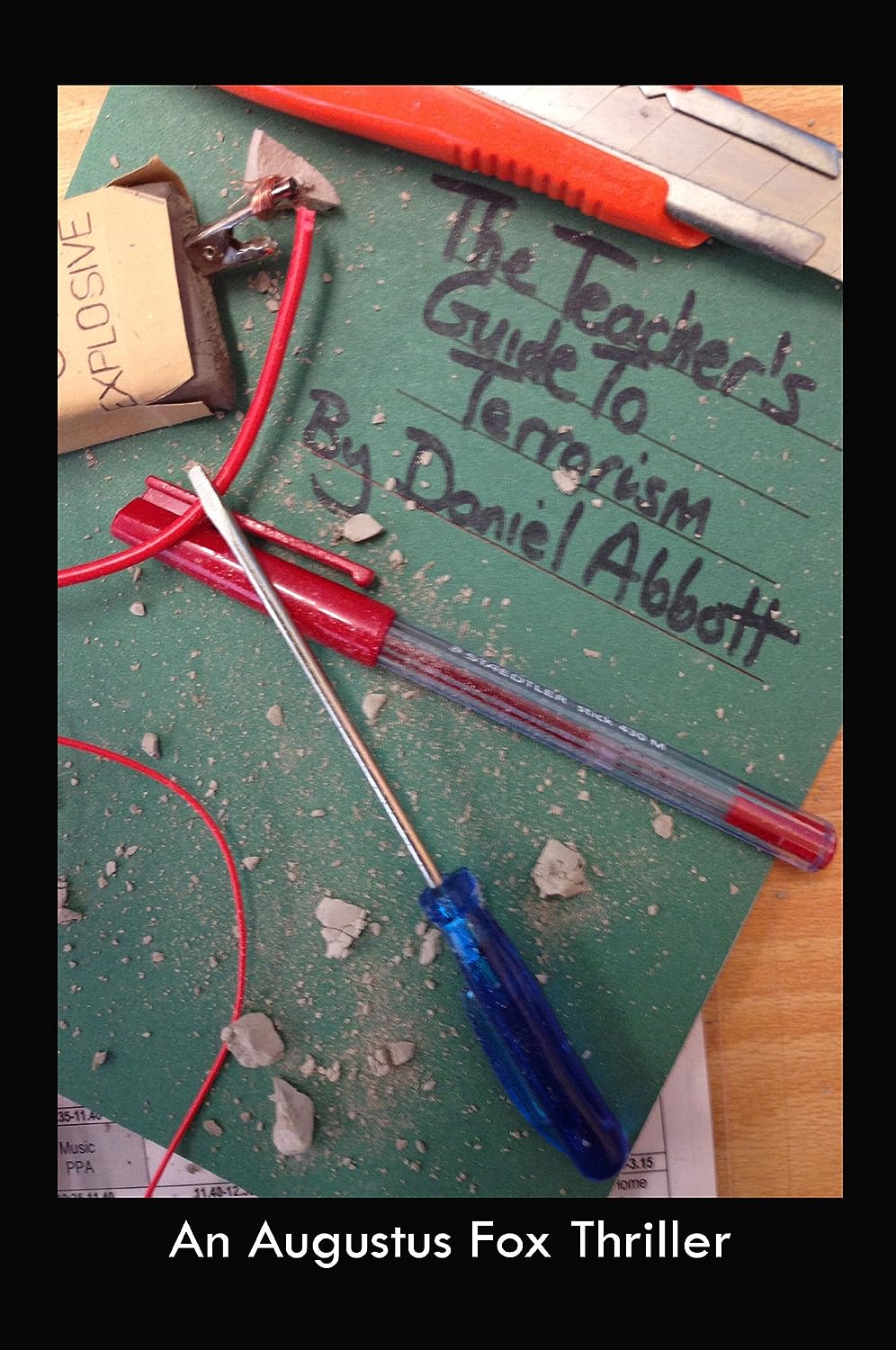 Author Bio:
Daniel Christopher Abbott was born on June 27th, 1972 in a small hospital , somewhere in the leafy suburbs of Buckinghamshire. Over the following few years, he grew up – or so he thought – with an elder brother, Peter, and a younger one, Ben. He attended Burnham First School, then St. Peter’s Middle School, and finally Burnham Grammar School, working extraordinarily hard to achieve average grades, despite his teachers’ insistence that he was coasting, and not really working to the best of his ability. At the age of 16, Daniel made his first attempt at a novel – LEX TALIONIS, a British, young adult rip-off of the Stephen King novel IT – and a script for the classic series of DOCTOR WHO, neither of which ever saw the light of a publisher’s office or television studio.

Despite (or maybe because of) these rejections, Daniel eventually left the suburbs for the historic city of Bath, where he studied Creative Writing for a grand total of five days (he didn’t even attend any lectures, so to use the word studied would actually be a bit of a stretch), before returning home to the bosom of his family and a reassuring job in a well know chain of supermarket, which rhymes with Bainsbury. He continued to write, producing a number of yet unpublished short stories, featuring the lead character Julia Hepburn.

After two years working in the supermarket (and very nearly achieving complete domination of the Beers, Wines and Spirits section), Daniel enrolled at St Mary’s University College, where he spent the next four years claiming to study to be a teacher, while also gaining a BA in Drama (but, in reality, doing as little work as he could). Graduating in 1996, Daniel embarked upon a mammoth 17 year career in teaching, working in many, many schools in Buckinghamshire. In 2000, his son, Hector was born and at around the same time, he began work on a television script, THE WINTERS’ TALE, an attempt to subvert the whole Guy Ritchie style gangster genre. It remains unproduced, but he – and his brother Ben, who co-authored the script – still hold out hope that it will one day find a sympathetic production company.