You are here: Home / Bargains and Freebies / Bargain Books Under $3 / The Spiral Effect: Alex Wonder by James Gilmartin

At the Chalmers’ Institute, a man with Dissociative Identity Disorder recruits other patients to reenact slave revolts against the Roman Legion, outlaws robbing trains in the old west, pirates scouring the sea for booty, ghosts tormenting the living, and gods creating new worlds.

In New York, a puppeteer regales children with renditions of Ovid’s Metamorphoses, but during the late night hours, he keeps drug pushers and gang members off his neighborhood street in Flatbush.

In Chicago, a vagrant is drawn by the whisper of an unknown voice to wander the streets and find a mysterious figure who holds all of the answers.

One man, cut apart and split into three lives. Are they connected or the disjointed reality of a disturbed individual? And what happens when the door to the Spiral Effect opens, awakening in his mind a power long forgotten?

The mystery behind the Spiral Effect deepens as The Collector pores through disjointed memories and dreams in hopes of discovering the true Alex Wonder. 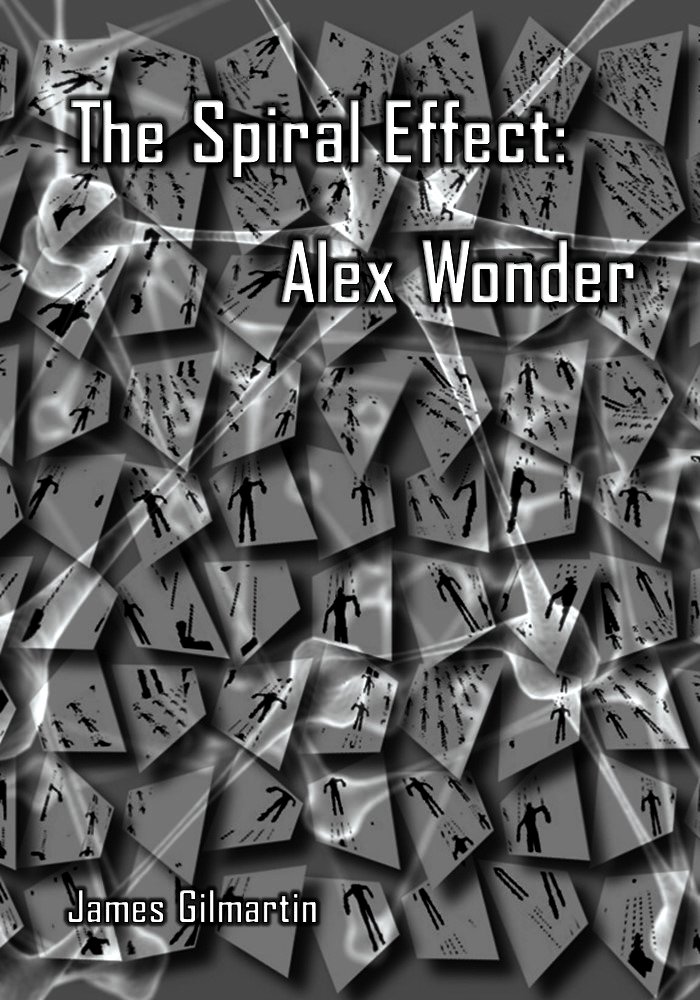 What Advice Would You Give Aspiring Writers?
Write every day. Read every day. Pay close attention to how successful authors craft a story, write description, introduce characters, and show character development. Read The Elements of Style. Read books on self-editing. Always take risks with style. Most importantly, remember that it is your story and not anyone else’s. While it is great to take advice, do not feel pressured in writing like someone else. Many times other writers can be jealous or envious of another’s writing and will make suggestions to change a piece of writing, not because the suggestion is better, but because that is how he or she would have written it. Do not be afraid to trash a story and start over. Do not be afraid to change things in the story. Most of all, relax and be confident. It takes time, but if a story forms in your mind and gets you excited, write it.

What Inspired You to Write Your Book?
Years ago, while working at an elementary school, a picture formed of a world where the children had telepathic and telekinetic powers. How the children used it wasn’t a pretty site, especially for the teachers and weaker students. I then imagined a world where everyone had the same powers. However, not everyone would use it for good, or even evil for that matter. Instead, they would use it just as they use wealth, fame, and talent today. Many for personal gain, a small few for altruistic reasons, and most–well, they’d just continue living as if they had nothing to offer. The story continued to unfold in my mind and the power became a curse for the world, ninety-nine percent of the population dying from over use of telepathy and telekinesis. It began to spread like a virus, every mind touched, every thought read, infected a new host. So, I decided to run with it, make a list of characters and create personal accounts of their experience with the Spiral Effect, and what they intend to do with their new gifts.

About the Author:
I was born in the small town of Muskogee, OK. Due to the dreadfully boring atmosphere hovering this town, I had to use his imagination for survival. The boredom was that fierce, and still is. Even as a third grader, I would sit in his desk at school, and instead of paying attention, scribble stories involving my friends and me. And I continue to do so today. I primarily write fiction. Any type of genre too. My favorite genres, however, if I had to choose, would have to be science-fiction and outer-dimensional.