You are here: Home / Fiction / Mystery/Suspense / The Second Wife by Kishan Paul 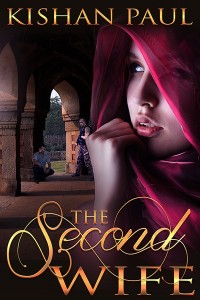 If you want to live, you must let go of the past…

Twenty-eight-year-old psychologist, Alisha Dimarchi, is abducted by an obsessed client and imprisoned in his Pakistani compound for over two years. Forced to change her name and live as his second wife, her life is filled with trauma and heartbreak. Thrust into a world of violence and oppression, Ally must fight not only to keep herself alive but to protect the lives of the people she now considers family. At night, she retreats into her memories of the only man she has ever loved—a man she believes no longer loves her.

Thirty-four-year-old handsome surgeon, David Dimarchi, has spent the last two years mourning the disappearance of his wife. After a painful and isolated existence, he begins the process of healing. It is then he is visited by a stranger, who informs him that Ally is very much alive and needs his help. In a desperate attempt to save her, David enlists the help of a mercenary. Together they find themselves in the center of more than just a rescue mission. Will he be able to reach her in time, and if he does, will she still want him?

What Inspired You to Write Your Book?
I was walking to my car in a dark parking lot and I was alone. By the time I was in the car, I had the first chapter of the story and most of the plot planned out in my head.

How Did You Come up With Your Characters?
There is no one or two people I can associate with my main characters in The Second Wife. Alicia and Dave both have qualities of various people in my life. Although they are both strong individuals, they are also weak and human. It is what makes them so special to me.

Book Sample
Dave released a breath as he mindlessly leafed through a sports magazine. It was almost eight in the morning. His tired ass should be home in bed right now, not sitting in the waiting room of a counseling center. But since he kept walking into the kitchen and finding his wife, here he was.
It wouldn’t be so bad, except for the fact that she wasn’t there, and hadn’t been for over two years.
His grip on the glossy paper tightened.
The vision was always the same. Seated at the breakfast table, Ally flips through one of her psych magazines. Her head propped on one elbow, a curtain of black hair caresses the soft skin of her arm. When she notices him, her chin tilts up and their eyes lock. Soon those kissable, perfect corners form at the edges of her lips when she smiles, taking his breath away each time.
And then things get all sorts of fucked up.
Her mouth moves, but no sounds come out.
Typically, that was when reality hit. She was gone and he was losing his mind. Each time, it was a punch to his gut, knocking every ounce of air out of him.
God, I miss her. Her voice. Her touch. Everything.
No matter how hard he tried to block the memories, she haunted him. And this was why he and his messed-up head were at the counseling.