You are here: Home / Fiction / Romance / The Right Temptation by Diane Escalera @Dianeescalera 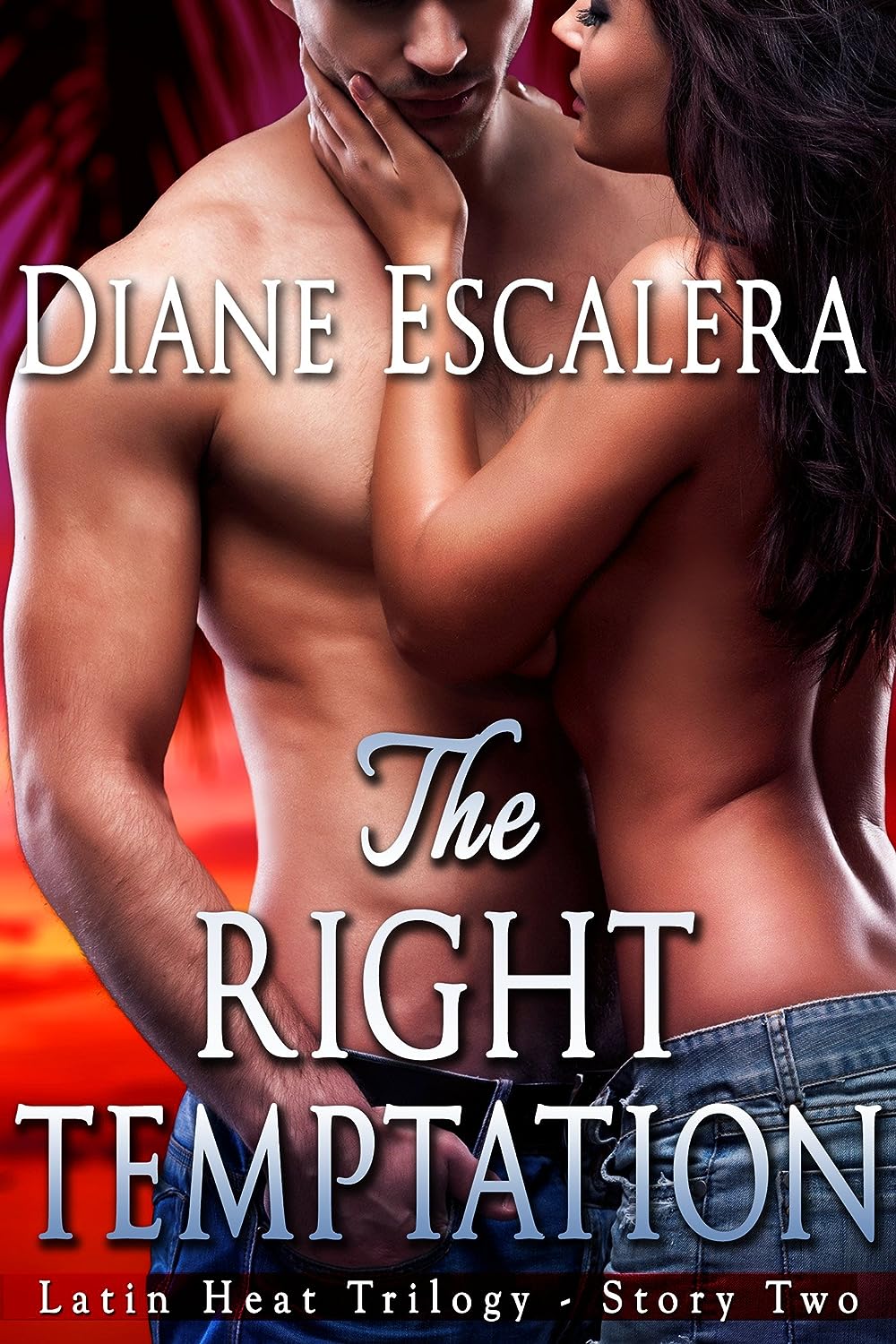 Kayla Martinez has recently landed an RN position at a prestigious hospital in her hometown. The new job is everything she’s hoped for, especially when one hot specimen shows up in the ER. She hasn’t seen her childhood crush in years, and considering how much hotter he’s gotten over time, she almost ends up needing resuscitation.

The last thing Nico LaCosta needs is a broken arm. Now his pal’s kid sister wants to soothe his pain, but he’d rather keep his distance so her big brother doesn’t break his other arm. Kayla’s no child anymore, though. She’s one hot-blooded woman, determined to remind him of a mind-blowing kiss back when they were teenagers. Leave it to Kayla to drop by his house unannounced and play Nurse Seductive. A guy has to follow the buddy code, or face the consequences. Still, sometimes giving in to temptation is worth it…

What Inspired You to Write Your Book?
I had always wanted to write a trilogy featuring Latin hunks. You rarely see anything like this on the market, and I thought readers would enjoy it. Still Hot for You kicks off the trilogy with a smoldering couple fighting to save their marriage. Playing With Destiny wraps up the series and will be released June 2014.

How Did You Come up With Your Characters?
I get inspiration from people I know, celebrities, strangers on the street, and even the news. I gave the hero in my first story a brother and a cousin who were very close to him. The characters evolved naturally from there, and it was fun seeing each guy achieve their own happily ever after.

Author Bio:
Born and raised in the Bronx, NY, Diane Escalera makes her home in coastal North Carolina. The sultry surroundings are a steady source of inspiration for her hot love stories. Diane is married, has two children and a super cute dachshund she can’t get enough of. She writes contemporary romance and is published with Kensington Publishing and Lyrical Press.