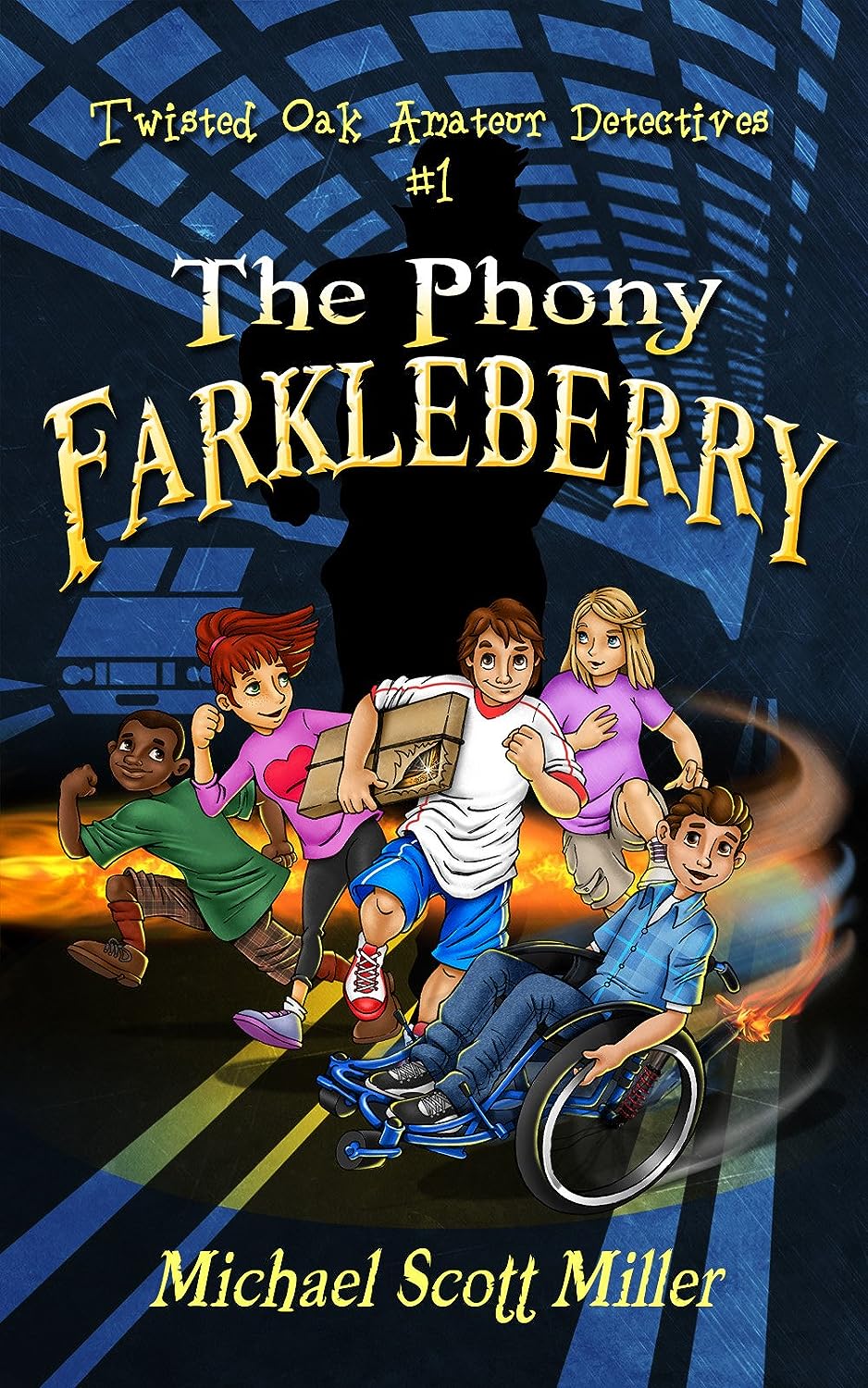 When a painting by legendary artist Thomas Farkleberry is stolen from the art gallery where Tyler’s mother works, Tyler’s mind races to the whispered conversation he overheard on the night of the big gala. But when his mother dismisses Tyler’s suspicions, he and his friends, Melanie, Amanda, Tubby, and Dontrelle, decide to take the investigation into their own hands. Can they crack the case before their parents discover what they are up to?

Book Sample
“Hi Smell-anie,” came the singsong voice of Brandon Loftgarden, the school bully as the girls passed by his lunch table at the Cornelius J. Duncan School.
Amanda Prince rolled her eyes. “Ignore him, Melanie. He’s just jealous.”
Melanie Sparks glared at Brandon but kept walking, her red ponytail bobbing with each step.
“Oh, yes, that’s it,” Brandon replied. “I’m just dying to be in the nerd patrol.” Brandon’s sidekick, Danny Boyce, laughed, holding his ample stomach as it heaved.
Amanda stopped and turned to face them. She took two steps forward until she stood looming over Brandon.
“What are you going to do, Amanda? Punch me?”
Amanda noticed Brandon steal a glance at the lunch room monitor, Mrs. Figby, who stood by the lunch tray return window. Brandon must be a mind reader, Amanda thought, but she controlled herself. She put her hands on her hips. “Don’t call us that!”
Brandon and Danny burst into laughter while Amanda stood and stared. Melanie grabbed her elbow. “C’mon, Amanda. Listen to your own advice. Let’s go get lunch.”
Amanda, Melanie, and their friends Tyler Taylor, Tubby McAlister, and Dontrelle Thurmond, were the regular targets of Brandon’s verbal jabs about their studious and brainy nature. Amanda knew that Brandon used the nicknames to get under their skin and that her reaction only encouraged him to use them at every opportunity. Sometimes, though, she just couldn’t help herself.
Amanda and Melanie carried their trays of food to their usual round table in the corner of the lunchroom where their three friends were already seated.
“Blech! I wish I had brought lunch today,” Melanie said as she sat down and took a forkful of the bean casserole that had been slopped onto her plate by Mrs. Jennings, the lunch lady. Melanie—thin, agile, and freckle-faced—kept to a careful diet to stay fit for gymnastics, her favorite out of school activity.
“Bringing lunch isn’t necessarily any better,” Tyler Taylor replied, holding up a soggy looking tuna fish sandwich on white bread that came apart and landed on the table with a splat as he presented the exhibit to his friends. Tyler always brought his lunch. Some kids probably thought he did so because it was too much trouble to go through the cafeteria line in his wheelchair but Amanda knew better. She had seen what he could do in that thing.
“Ewww,” the friends said in unison.
Amanda watched as Tubby McAlister chowed down the last of his first hotdog, saturated in ketchup and mustard, and took a big bite into the second. Contrary to his nickname, Tubby was an athletic boy who had placed third in the fifth grade’s mile run earlier that year. He had been chubby as a baby and the nickname that he had been given stuck with him even as he grew tall and thinned out. Most of the kids didn’t remember his given name, Francis, and even the teachers in the school referred to him as “Tubby.” Without fail, on the first day of school each year, the new teacher would call him by his given name. Following a round of snickers, someone would call out that his name was “Tubby,” and that would be that.
“Tubby, you’re gross,” Melanie declared. “It’s okay if you stop to breathe in between bites.” Tubby’s face was now covered with condiments. He laughed and kept right on eating.
“No texting at the lunch table,” Amanda said to Dontrelle Thurmond who sat directly across from her. Dontrelle, the lone African-American in the group of friends, had his face down looking into his lap at something hidden under the table. The rapid movements of his hands gave away that he was on his smart phone. As usual. While the school’s rules prohibited the use of any form of electronics during the school day, Dontrelle took every opportunity to sneak onto his.
“I’m not texting,” Dontrelle replied without looking up. “I’m just trying to locate the golden orb of Orkhon in Dragon Cavern.”
“Sounds fascinating,” replied Amanda with a heavy dose of sarcasm. “Are you coming with us to the carnival after school today?”
“Sure, I’ll be there,” he answered.
Tubby leaned in as if to tell Dontrelle a secret. “Just so you aren’t alarmed, that big yellow thing in the sky is the sun.”
Dontrelle, the technology geek, never strayed too far from his gadgets—his computer, his smart phone, his tablet. “Ha, ha,” he replied, and continued tapping away under the table.