You are here: Home / Fiction / Science Fiction / The Pedestal by Daniel Wimberley @WimberleyAuthor

Wilson Abby’s life as a carefree programmer has reached a crossroads. Since birth, Wilson has known unconditional comfort and security in a global super-community. Thanks to the planet’s NEXUS framework, instant gratification is a mere transaction away. But when his closest friend mysteriously turns up dead, Wilson suspects that not all is as it seems.

Peeling back a veneer of half-truths, Wilson makes a startling discovery—one that people will kill to bury, starting with Wilson’s coworkers and loved ones.

As deadly forces close in, Wilson has no choice but to abandon his home for the seclusion of an off-planet research base. There, far from the probing gaze of the NEXUS, a beautiful scientist is busy playing God—with monstrous consequences.

The Pedestal is a thrilling glimpse into a society madly infatuated with integration and endless consumer upgrades. Wilson must battle gangsters, conspiring politicians and hordes of flesh-eating creations before civilization is toppled from its pedestal. 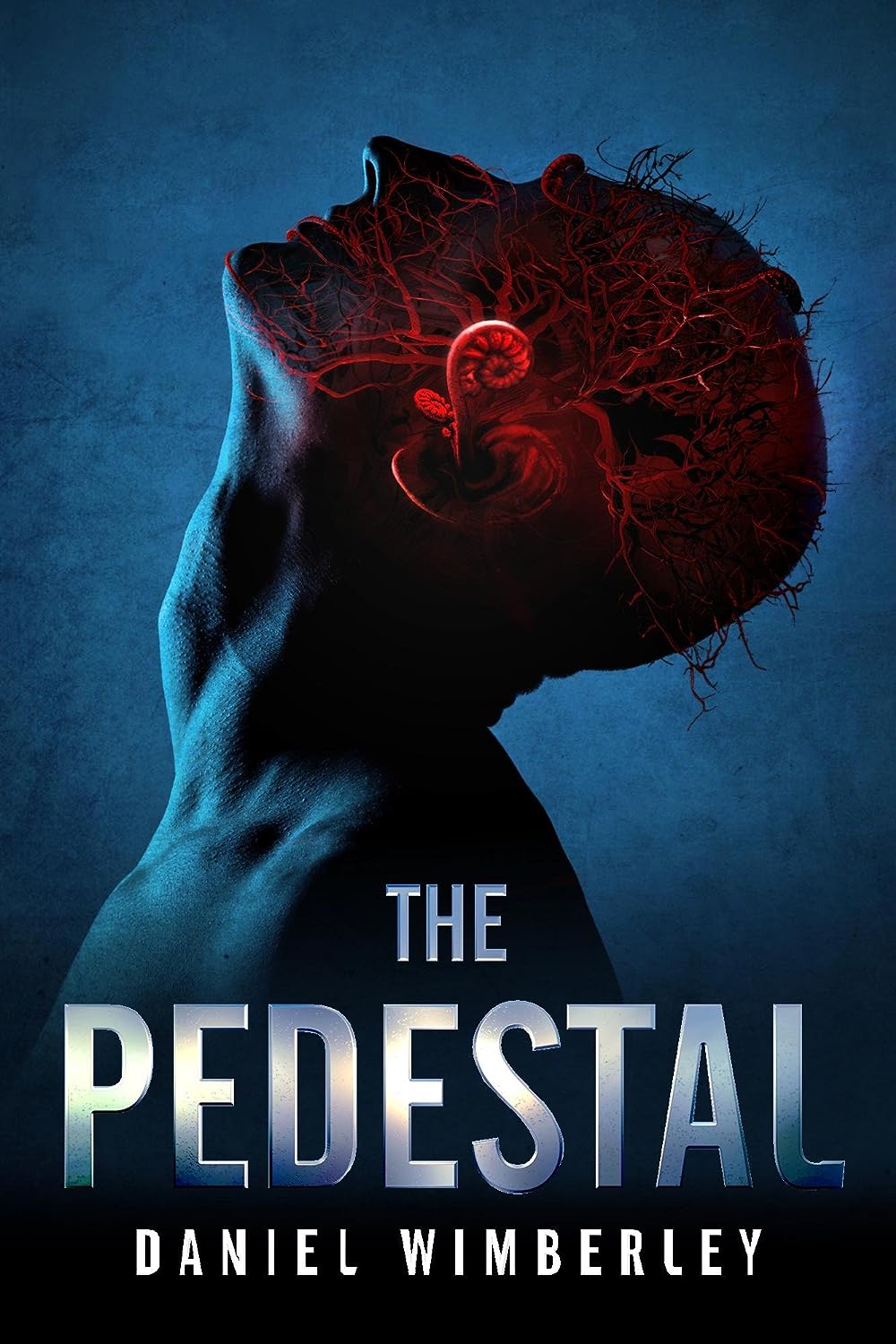 How is Writing In Your Genre Different from Others?
Science fiction is extremely challenging to write well. It’s difficult to address the science component in a way that seamlessly blends story with plausible explanation. It’s easy to overdo it. There are some really fantastic science fiction writers out there, just as there are some terrible ones. Those who truly grasp what is required practically devote their lives to the art. As a debut author in the genre, it’s hard to say where I’ll land.

What Advice Would You Give Aspiring Writers?
Take the time to really learn your craft before. Practice is something that can’t be neglected. Once you have written something worth your while, never underestimate the importance of professional editing. With self-publishing within the grasp of just about anyone, it’s more important than ever to produce a quality product before introducing it to the marketplace.

Author Bio:
Daniel Wimberley is a professional web developer, moonlighting writer and self-proclaimed voice of the dork. Well, the voice of a dork, anyway. He isn’t smart enough for the fraternity of nerdhood, yet he’s helplessly drawn to it like an ewok to the Starship Enterprise.

Daniel lives with his wife and children near Owasso, Oklahoma. He enjoys the nuts and bolts of website development and integration, application development, audio and video production and photography. He plays bass guitar weekly on a praise and worship team.

What Inspired You to Write Your Book?
I’ve always been drawn to science fiction, particularly the plausibility of concepts often found in sci-fi. In the case of The Pedestal, I let me warped mind wander into the foreseeable future, where integration has gone rampant. And I threw in some freaky genetic abominations while I was at it.