You are here: Home / Fiction / Action & Adventure / The Nine Of Hearts by Kristi Ambrose 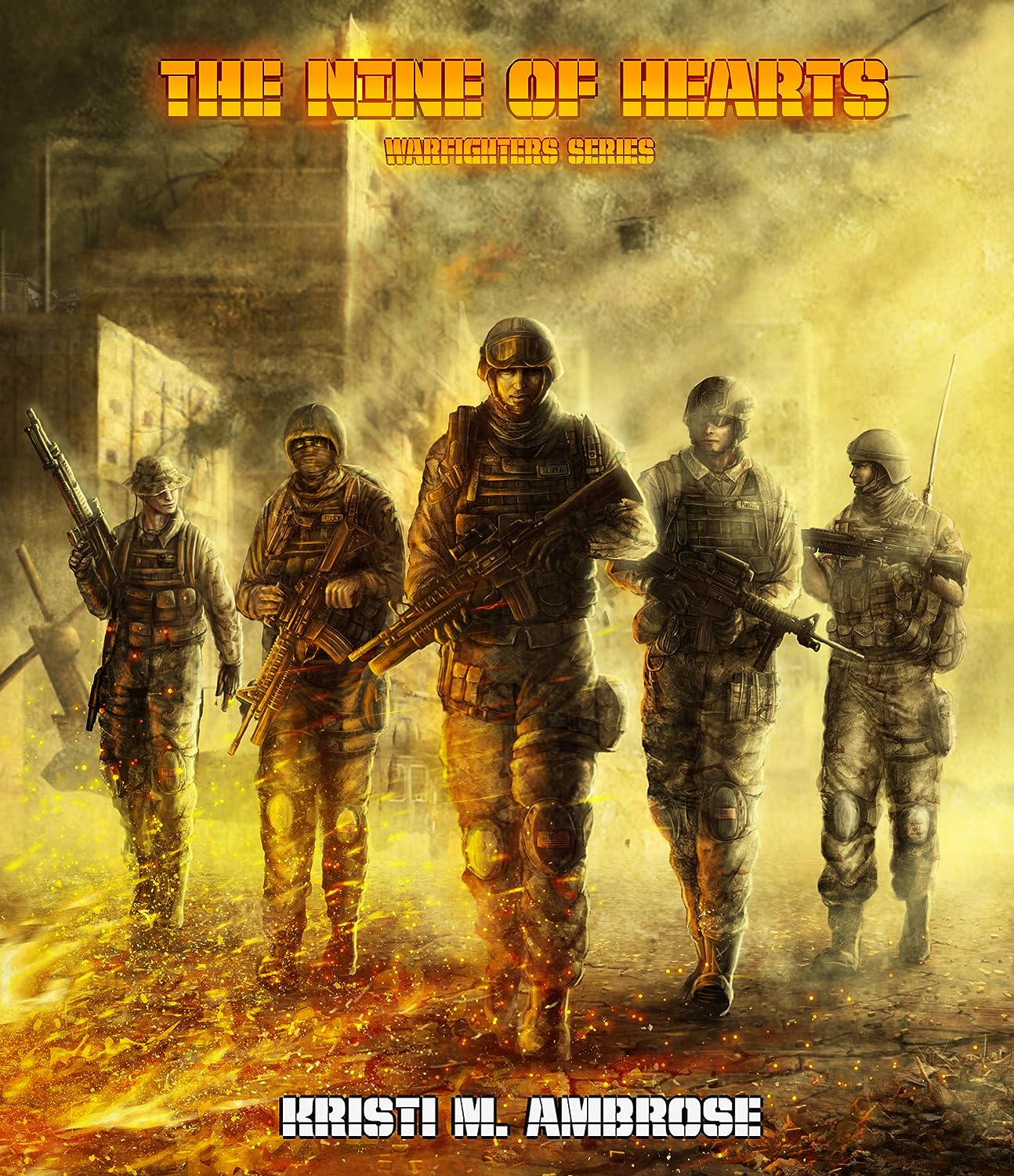 The 1st Special Forces Operations Detachment – Delta’s Razor Team is tasked with high-risk missions that regular units rarely undertake. When a death card is issued, Razor Team’s mission is to track down and capture the Nine of Hearts. What happens when a snatch- and- grab mission goes wrong? Will Razor Team come out with their lives? Or will one man turn into Razor Team’s only obsession?

What Inspired You to Write Your Book?
I have always really loved Military books, television shows and movies. I am also one of the 67% of people that loves video games, including that of first person shooters like Battlefield and the Rainbow Six Series. I thought it would be a great way to step out of my comfort zone of my usual books (marketing and business) and do something that I really love and enjoy.

How Did You Come up With Your Characters?
I actually started with their call signs funny enough. I know some people choose not to take that route, but I did. I started with a document I made on Google Docs for my Character Development. The characters were pretty easy because I already sort of knew who I wanted each character to be including; how they acted, different unique personality traits, what they would look like in real life, etc. Character Development let me then decide on the book cover, the ages of my men, their overall rank and more. It was a lot of fun and it’s something I truly enjoyed doing.

Book Sample
Reaper heard the RPG fire. He felt sizzling heat brush his neck and back. The RPG warhead exploded somewhere far behind him. If he hadn’t ducked, the warhead would have hit him straight in the chest and exploded, killing him and his teammates, or worse, lodged in his chest, still active, with Lucky trying to pry the rocket out of his chest in the helicopter and having it explode whilst he was being treated inside the aircraft. Reaper looked up, flicking the fire selector to semi-automatic and emptying rounds into the window of the building he saw the rocket come from. A hailstorm of bullets erupted from eighty men into one single house. Like a symphony of death, a series of thumps, bangs, and cracks exploded from the barrels of the American weapons. Puffs of dust exploded all around the house with fire so intense the individual puffs of dust turned into a dust storm. By the end of his current magazine, the house in front of him was no more than a mud shack riddled with bullet holes, small and large. The Apache even chipped in with a short burst of thirty-millimeter love.

About the Author:
Kristi Ambrose has written a compelling take on a dramatic war novel, which may surprise many because Kristi is a woman, who was a chef, then a marketer, and now a full-time writer. Living in Pittsburgh with her dog, Casper, she plans to publish more of her books in the same series, so fans will have plenty to look forward to.

Though Kristi has made some interesting moves in her career, her writing ability has been a consistent factor in her career. As a chef she has authored a cookbook, as a marketer she has shared her knowledge in internet marketing, and now that she is a full-time writer we can expect to enjoy many more books in the Warfighters series.