You are here: Home / Bargains and Freebies / Bargain Books Under $3 / The Most Unlikely Lady (Brethren of the Coast Book 3) by Barbara Devlin @barbara_devlin

Book Three in the Brethren of the Coast Series

Woo a young lady with a fishing rod and a bucket of worms? Oh-so dashing–but untitled–Everett Markham seeks a bride, and he has charged the field of Miss Sabrina Douglas, a woman who prefers trout to truffles. But, sometimes, even when both hearts are engaged, happily ever after isn’t so smooth a journey.

Unabashed and unapologetic, Sabrina sets her cap for a second son, one who will smile patiently when he comes home to find she’s misplaced their children. But marriage changes her in ways she could never have imagined, as the awkward debutante surrenders to a very real, very womanly, all-consuming love.

An irresistibly handsome English rogue, Everett plots his future with ruthless detail, but his future wife is anything but predictable, resulting in the zaniest courtship London society has ever seen. When a family tragedy upends his life, on his wedding day, no less, he must chart a slippery course with his most unlikely lady–as the new Earl and Countess of Woverton. 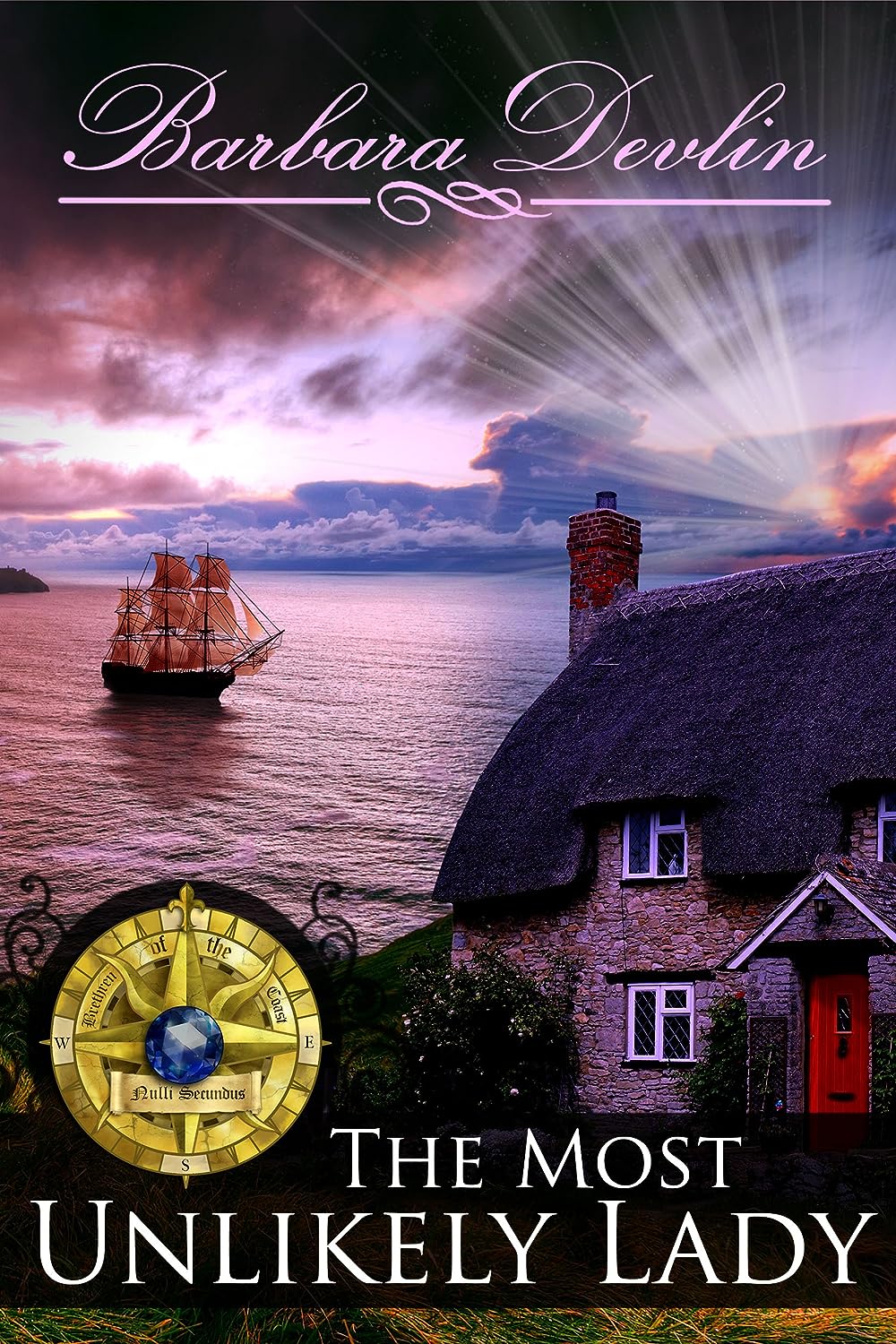 About the Author:
Coming November 2014 – Captain of Her Heart (Brethren of the Coast Book 5) & a novella, Loving Lieutenant Douglas, from the upcoming A Jewel In Time: A Sultry Sisters Anthology, with multi-published author Jeanne Adams and debut author Caitlenn T. Ainnsley.

***Preorder Captain of Her Heart for only 99-cents. Price goes up to $2.99 after the release date.
***My Lady, The Spy is now IndieReader Approved***

Bestselling author Barbara Devlin was born a storyteller. A Texan, through and through, Barbara hasn’t been without a book in her possession since she was in kindergarten. She wrote her first short story, a really cheesy murder-mystery, in high school, but it was a Christmas gift, a lovely little diary with a bronze lock, given to her in the fifth grade that truly inspired her love for writing.