You are here: Home / Fiction / Fantasy / The Lost Heir by Andi O’Connor @OConnorAndi 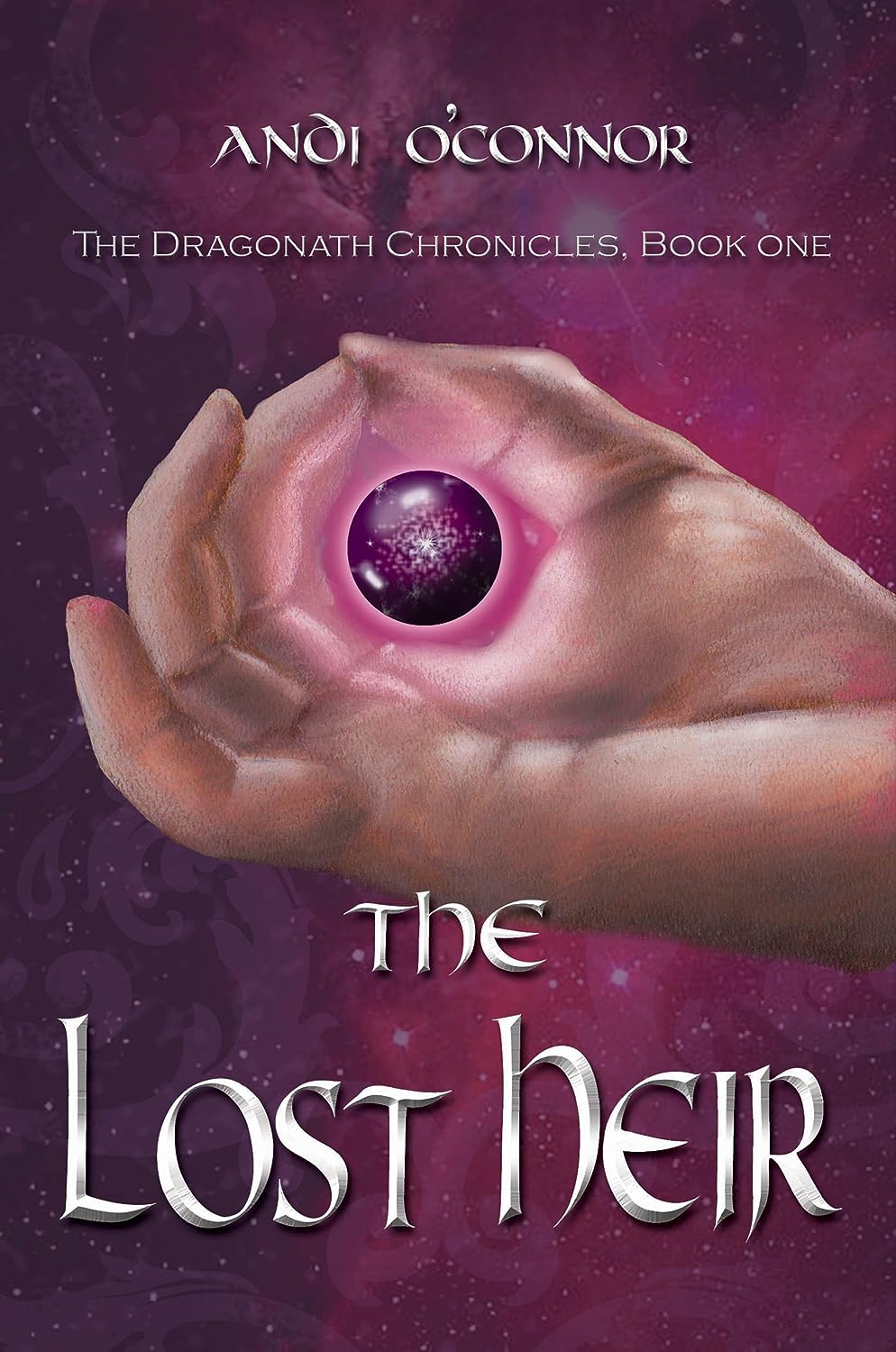 “O’Connor has crafted such a vivid story complete with heroes, magic, dangers, love, and adventure. Get ready to sit and read for hours with this richly detailed novel that instantly draws you into a whole new world.” -US Review of Books (recommended review)

Always a meticulous planner, Darrak Hunter leads a typically straightforward and dull life until his dreams unexpectedly become plagued with visions of a peculiar and distant world. Waking up to a brilliant purple sun looming ominously in the sky, Darrak is met by a mysterious violet-eyed sorcerer who whisks him away from the struggling Earth. Thrown into the clutches of a foreign world where magic is reality and not all is as it seems, Darrak embarks on a journey where he is forced to come to terms with his past and do what he can to shape the future. Accompanied by a talented swordswoman, a prince, and a beautiful young sorceress, he must overcome cunning plots of treachery and betrayal to discover the strength to stand against a destructive black magic and an enemy who is a master at deception.

What Inspired You to Write Your Book?
I thought it would be neat to put someone from Earth on a fictional planet, exploring how they’d react to being taken away from everything they knew. But, I needed a reason for them to be there and a way for them to travel. The title and concept of a ‘lost heir’ was born. I knew I wanted them to travel with magic, but I wanted it to have a little twist. Somewhere (I really have no idea where!) I got the idea for a Kraylock, which is a small glass sphere (about the size of a large marble) through which magic is summoned. After it being handed down through generations, the lost heir is able to travel to Dragonath. And the writing began.

How Did You Come up With Your Characters?
The plot is complicated. There are many twists and turns in The Lost Heir, and subsequently characters to match. I obviously needed my heir and wanted him to be a college student. A great deal of inspiration for Darrak came from my now husband, most of it shining through in the beginning portion of The Lost Heir when he is still on Earth. The rest of the characters were born mostly because of the developments in the plot and my style of writing fantasy battles and classes. I wish I could give more details other than saying they just came to me and it all just happened…but I can’t!

About the Author:
Andi O’Connor is the author of the fantasy series The Dragonath Chronicles and the YA series, The Vaelinel Trilogy as well as several short stories including the critically acclaimed Redemption. Andi’s first YA novel, Silevethiel, was named to Kirkus Reviews’ Best Books of 2013. She is a member of the National Writers Association and the Boston Chapter of the Women’s National Book Association. She currently resides in Pennsylvania with her husband, son, and four dogs. You can connect with Andi on Twitter @OConnorAndi and on Facebook at www.Facebook.com/oconnor.andi or visit her website at http://andioconnor.net