You are here: Home / Fiction / Mystery/Suspense / The Letters by Ella Drayton 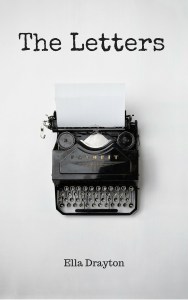 Brodie Barrett is a widowed mother of a 10 year old girl and a homicide detective for the Birmingham Police Department. Everything seems fine in her world until her ex-fiance, Keaton Maddox walks back into her life. She’s ready to start a new life with Keaton but he’s also got a pregnant girlfriend working at his restaurant. Things at work start heating up for Brodie when someone decides to send her love letters at work. These aren’t your ordinary love letters, though! These letters leave clues for Brodie to find bodies of her admirer’s victims. Who could be sending these letters and why do they want Brodie to find the bodies?

What Inspired You to Write Your Book?
I actually started writing this book with a geocache twist. The geocaching turned out not to work with my characters in this book so I scrapped it and replaced that part of the story with the letters.

How Did You Come up With Your Characters?
All of these characters were stashed in a file years ago. They were all intended for other stories I’ve written but they didn’t seem to fit so they got stuck in a file until I could find them a home.

About the Author:
Writer. Book Critic. Mother. Animal Lover. Twitter addict. Insomniac.
Ella is from a very small town in Alabama. When she is not day dreaming about her next story she spend most of her time caring for a Tiny Tyrant and her furry best friend, Mutt. Her house and her electronics are cluttered with books she’s read, books she’s reading, and books to be read. She also pretends to be a housewife in her spare time, occasionally cooking and cleaning for a wonderful husband who never complains. Writing and reading are her two biggest passions other than pretending to be a T-Rex princess pony that can only eat pink Starburst with her little one. Ella also uses movie quotes and song lyrics constantly in conversation and freaks out/passes out at the sight of slugs.