You are here: Home / Children and Young Adult Books / The Legend of Wild Horse Beach by Bronwen Webb 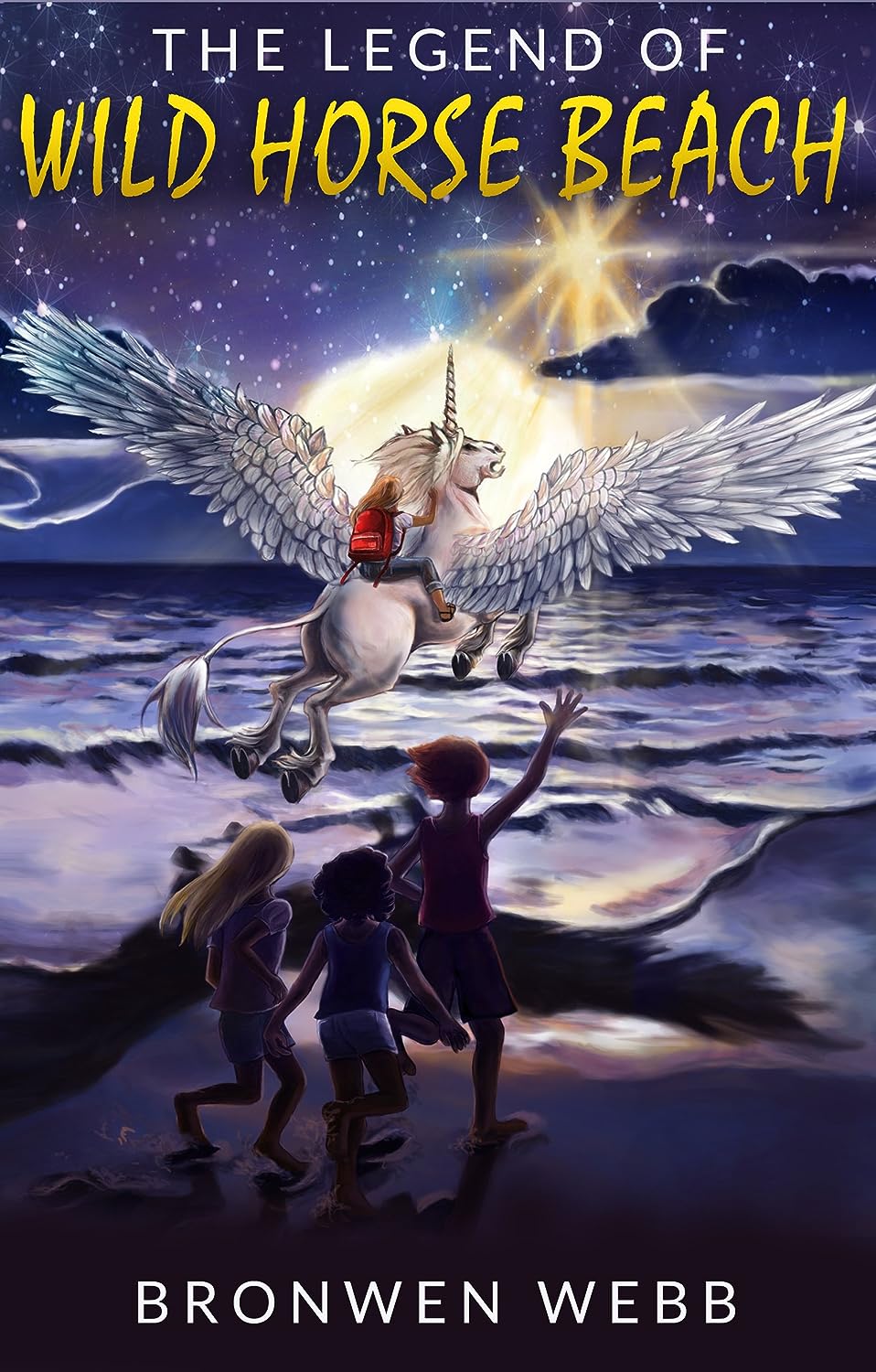 What is the legend that Millie, Kate and Tom discover at Wild Horse Beach? Millie’s older sister, Lucinda, who is seen as a pest by the younger children, disappears from Wild Horse Beach in mysterious circumstances, revealing the true identity of the wild horses that give the beach its name. After learning that another child, Adam, disappeared from Wild Horse Beach in similar circumstances three years before, Millie, Kate and Tom decide to try to save Lucinda and Adam and travel through a magic gateway into a world where unicorns and dragons battle terrifying enemies. The children soon discover there is no way back to the human world without permission from the unicorn king, but that permission has a price that must be paid. The dragon, Zebedia, grieving and unpredictable, joins the desperate children in their quest but has his own agenda which adds to the danger. Will the children overcome their differences in order to survive in a hostile world and return home?

What Inspired You to Write Your Book?
I had written several short stories and had them published, but wanted to write a children’s fantasy novel. Inspiration came one day on a walk along Henley Beach in South Australia, close to where I live. Amongst a pile of shells I found one that looked like a tiny unicorn horn. The story idea of children finding what they think is a shell, but is actually a unicorn horn, then led to lots of “what if?’ questions and the story evolved.

How Did You Come up With Your Characters?
The oldest child, Lucinda, was the first to “arrive” and the others, Millie, Kate, Tom and Adam soon followed. Lucinda and Tom are constantly at war with one another, with Tom blaming Lucinda for the terrible predicament they are all in. Millie and Adam are the foils that keep the group together. Kate is the youngest and just wants to go home. The unicorn characters were probably the hardest to develop. The unicorn king, Arius, is focussed on only one thing, saving his herd, and this means he is cruel in the way he holds children hostage to that task. His sister, Wenna, and her cute little foal, Sparrow, are kind, but great warriors. Arius’s brothers are very different. Kilin is next in line to be king and an impatient warrior, terrifying to look at. Llachar is a pacifist, understanding the need to fight but refusing to kill. He is seen as a coward by Kilin. Raven is “a protector of little things” and a quiet, but strong fighter. The dragons, Zebedia and Sciathie, were the easiest characters. Sciathie is present only early in the book but Zebedia’s love for her drives his unpredictability throughout the story.

About the Author:
Bronwen Webb (Bron) lives with her husband in Adelaide, South Australia and retired in 2013 after a long career in the health and higher education industries in Australia. As well as The Legend of Wild Horse Beach (book 1 in The worlds of Magic Series), Bron has had several short stories traditionally published in anthologies for adults and children, with more due to be published in 2014 and 2015. Bron is currently writing The Ice Diamond, book 2 in the Worlds of Magic series. She is a member of the SA (South Australian) Writers’ Centre and was its Chair for several years. Bron is involved in community development and is chair of a community centre. She is fascinated by astronomy and has a very complicated telescope which challenges her technological skills to the maximum. Bron has two grandchildren who live in Sydney, Australia. She is an e-grannie on Skype, but loves visiting them. (They are too young to read her books at present, but they like looking at them).