You are here: Home / Fiction / Romance / The Lady’s Ghost by Colleen Ladd 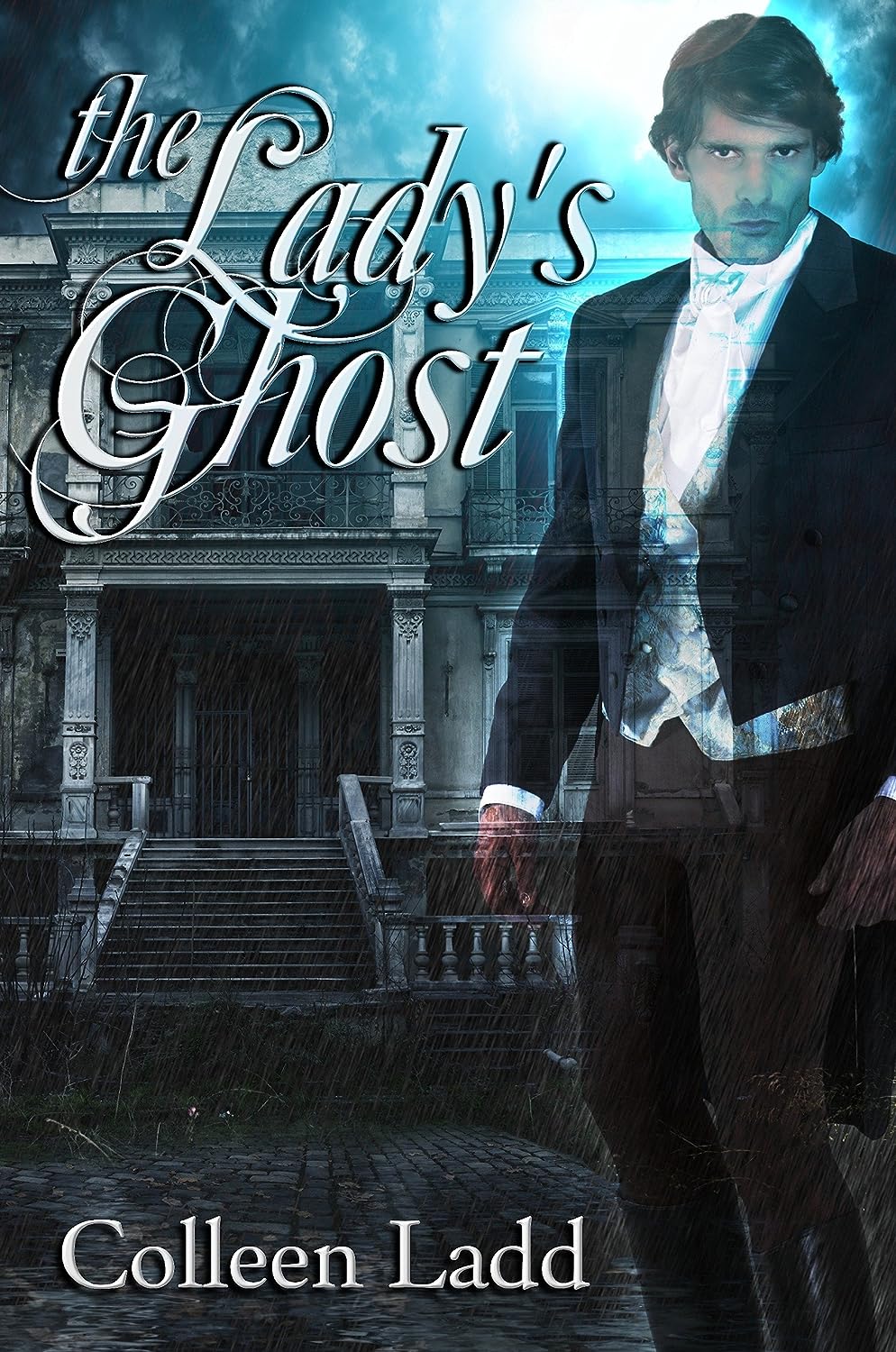 First Portia’s late unlamented husband left her penniless, then his nip-farthing brother dumped her at Ashburne Hall to decay. If mice in the walls and holes in the roof aren’t bad enough, someone wants her to believe the place is haunted. But Portia doesn’t scare that easily, even if catching sight of the brooding ghost leaves her strangely breathless.

When he was accused of murdering his fiancée a decade ago, Giles Ashburne fled the country to his supposed death. Now he’s returned to the Hall to uncover the evidence that will exonerate him, only to find himself playing a ghost in his own home. Nothing he does drives Portia away, and worse, the stubborn chit is starting to grow on him.

The more Portia learns about Giles Ashburne, the more certain she becomes that her ghost is not only innocent, but far from dead. When she sets out to prove it, she puts herself on a crash course with not only Giles, but the real killer. If Giles and Portia don’t learn to stop striking sparks off each other and work together, there will soon be two ghosts at Ashburne Hall.

What Inspired You to Write Your Book?
I’ve always loved Regencies, so it was a natural fit to write in that genre and time period. The Lady’s Ghost came about when I began asking myself what lengths a nobleman would go to to protect what was left of his family name, if he were accused of murder, and to what straits a noblewoman might fall if the men in her life who were supposed to protect her were busily doing nothing of the sort.

How Did You Come up With Your Characters?
The personalities of both main characters were influenced by the situation they found themselves in. Giles must be a man driven by honor, willing to do whatever it took to save his title and lands, even if that meant leaving both behind. Portia had to be strong and self-willed to survive the neglect of her deceased husband and his family. And, of course, they had to find much that was attractive and admirable in each other, however they tried to pretend they did not.

About the Author:
Colleen Ladd lives in the mountains of northern Colorado with her family, including three goofball dogs and two lunatic cats. When she’s not writing, she is a volunteer firefighter and medical first responder. She’d never make it as a Regency lady at a fancy ball, but would certainly enjoy looking on from the sidelines.

You can reach Colleen through her website at: www.colleenladd.com