You are here: Home / Fiction / Action & Adventure / The Kraken by K.T. Tomb @KT_Tomb

On the brink of the Roman Invasion of Greece, the city of Corinth, well established as a mighty seat of power in the Achaean League, is threatened with impending destruction. Widespread colonization of the mainland has severed crucial supply chains and the need to establish a fruitful colony of their own has emerged.

Aineias and his steersman, Pyrrhus are the only sailors willing to take on the voyage which will take them across the Seas, through the Pillars of Hercules and into the vastly unknown Oceans beyond in search of Priteni, a beautiful and fertile island of fable.

With his crew of free man and a chain of Tracian slaves, Aineias sojourns to the end of his world and into the new in search of a land whose colonization could save the future of his beloved city. But as their journey progresses, evidence that the Romans are preparing for a major incursion on Achaea becomes more and more evident. The men soon realize that the only hope they have of saving Corinth before the Romans reach the isthmus of Megara is to chase after a legendary creature which has been destroying ships and killing sailors around the Strait.

If they could capture it and bring it East with them, they could turn it loose on the expanding navies of Rome and put an end to their attack on Greece. They know their task is impossible, even the gods have told them so, but if Aineias and his men are to change the fate of their homeland, then they have no choice but to seek…the Kraken. 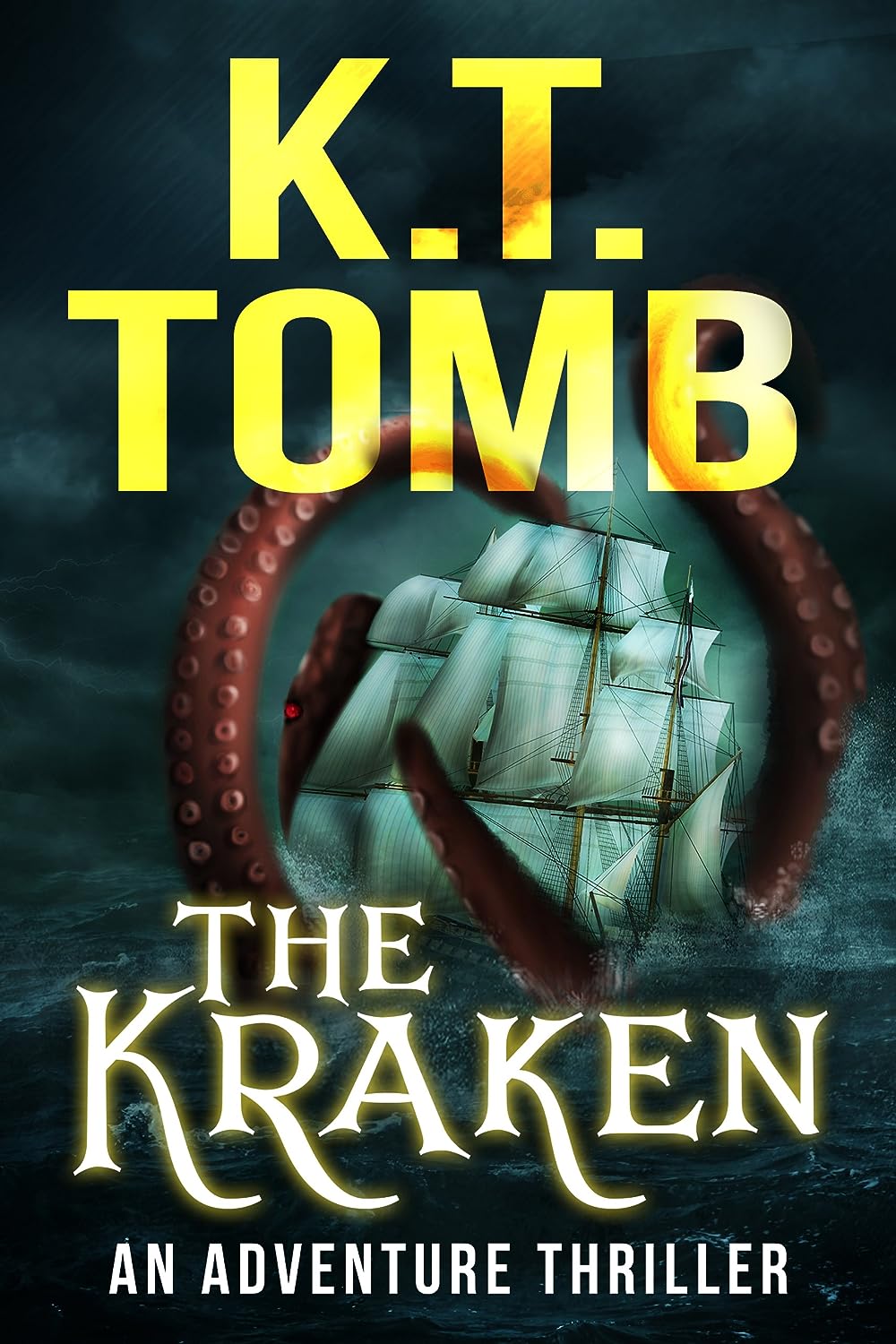 About the Author:
K.T. TOMB enjoys traveling the world when not writing adventure thrillers. She lives in Portland, Oregon.