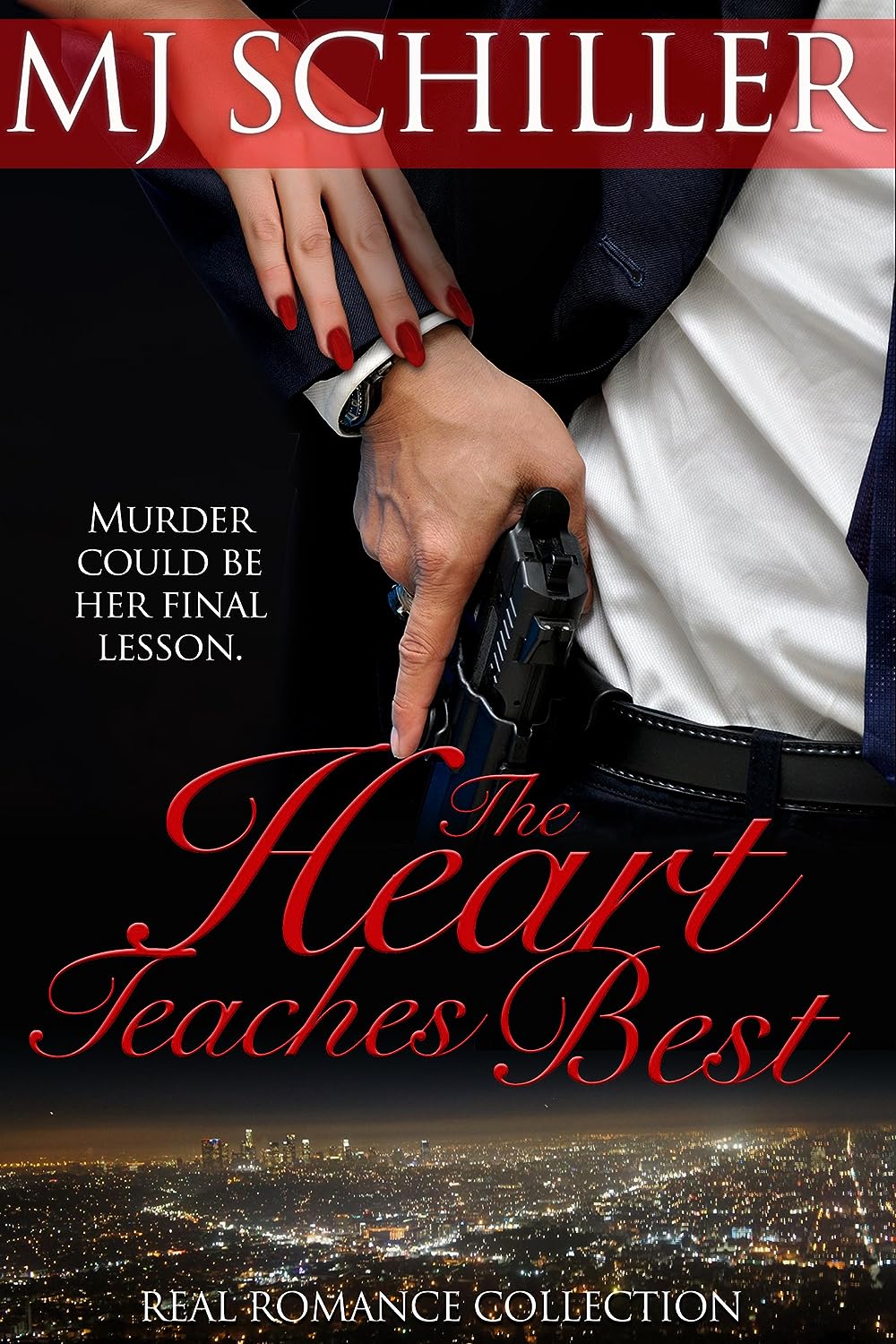 He’s the cop.
Cooper Sullivan is the cop in charge of investigating a murder outside of a Los Angeles night club. The famous romance author, Sydney Essex, has been found strangled in the parking lot. When the young officer returns to the scene of the crime the night after the murder, he gets involved in a fight in order to protect a woman, who he realizes afterward, is the victim’s sister. Soon he finds himself torn by his attraction to the irresistible blond teacher, and his need to maintain a professional distance.

Laney Essex is distraught over her sister’s death, so the high school English teacher returns to the bar where the crime occurred to find answers. To her dismay, she is only left with more questions, many centered on her developing relationship with Cooper Sullivan. Is the pull she’s feeling towards him reciprocated, or is the handsome detective only showing her professional courtesy, or, perhaps, even pity?

But he’s the one teaching her lessons of the heart.

When Laney receives a threatening phone call from Sydney’s murderer, it quickly becomes evident that the man who killed her sister is after her, too. Can Cooper figure out who the killer is before it’s too late? And if he does solve the case, will it just be another file stamped “CLOSED” in red and locked away in a drawer, or will the sparks that have been flying between the two finally ignite?

What Inspired You to Write Your Book?
I had just finished another romantic suspense and I couldn’t get the cop out of my system.

How Did You Come up With Your Characters?
Cooper, the Irish cop- I’m Irish, I understand big families. Laney- I liked the idea of the controlling mother, and I used to teach.

Book Sample
“Come on, baby. Don’t be like that, now.” He grabbed the blonde around the waist and spun her toward him.
“Get your hands off me!” she hissed, passion, and perhaps fear, heating her words as she pushed him.
Maybe seeing the fire in her eyes, he released his hold, backing away. “All right. All right.” He chuckled at her reaction, watching her butt like she was a piece of meat and he was the world’s hungriest carnivore. “I’ll take it slow.”

“Just ‘take it’ someplace else,” she said with finality, but he didn’t appear to get the message.

Cooper tried to act preoccupied as the girl returned to the stool one seat over, tilting his glass back as she raised her hand to order another drink. The man stepped, again, between them. When he spoke, she jumped, seeming surprised to hear his voice so close. He slipped his arms around her waist. “Come on, baby,” he begged, his voice velvety smooth. “You know you want to.”

“Stop! Please! I’m not interested!” The desperateness in her voice had Cooper setting his drink down. As he turned, he saw the man’s hands come up from her waist. He couldn’t tell for sure, but he thought the man had touched her breasts. His suspicion was confirmed a few seconds later when he felt a few drops hit him as the girl whooshed the man with her drink and turned to leave.

“Listen, bitch! Nobody throws a drink in my face.” The man grabbed the girl roughly by the arms.

“Let her go.” Cooper’s voice was a low growl.

He saw the big man’s back stiffen. With as little effort as it took to pop a beer cap, the man tossed the girl aside. She crashed into the bar and fell against the stool, sliding down even as she attempted to right herself. Her attacker turned around slowly and Cooper stepped up until they were chest-to-chest. The dark-skinned man stared down his somewhat flattened nose at him. He was a good deal taller than Cooper’s six-three, and weighed maybe seventy-five pounds more. He noticed now how truly massive the man’s arms were, but it only made him madder. Why the hell did a guy like that need to push a woman around?

“You gonna do something about it?” his opponent snarled.

“Yeah. I’m going to do something about it.” He shook his blond hair out of his eyes, ready to get a couple of shots in before the brute pummeled him. The bartender reached across the bar just as a couple of bouncers made their way over to the fray.

“No one’s pushing a woman around in here,” the bartender snapped. The distraction allowed the bouncers time to reach them. They clasped their hands on the big man’s shoulders and grabbed a hold of the back of his pants. “Get out of here, and don’t show your face in here ever again,” the bartender added, brave from his position behind the bar. The troublemaker shook off the bouncers and took a swing at Cooper. He ducked and came up, landing a punch in the man’s ribs. The bouncers seized the man once more and started pulling him away.

“Okay, okay! Damn!” He shrugged them off again, but seeming to measure the aggressive stares he was getting from every man in the room now, he seemed to decide to cut his losses. Straightening his suit coat, he turned and strode out of the room, the bouncers following in his wake.

Cooper bent down and offered the girl his hand. She had been watching, wide-eyed and stunned, from her position on the floor. “Are you okay?” he asked, concerned by the way her hand was shaking in his.

She found her voice. “Y-yes. Yes. Thank you.” She looked confused and he wondered for a moment if she hit her head. “I…I…this was all wrong. I shouldn’t have come here. I’m sorry.” She looked at him, tears in her eyes, and then turned and rushed away.

“Wait. Wait!” He hurriedly pulled out his wallet and plopped some bills down on the bar. He had just recognized her. She was the sister of the victim.