You are here: Home / Bargains and Freebies / Bargain Books Under $3 / The Great Deceiver by Andrew Cormier 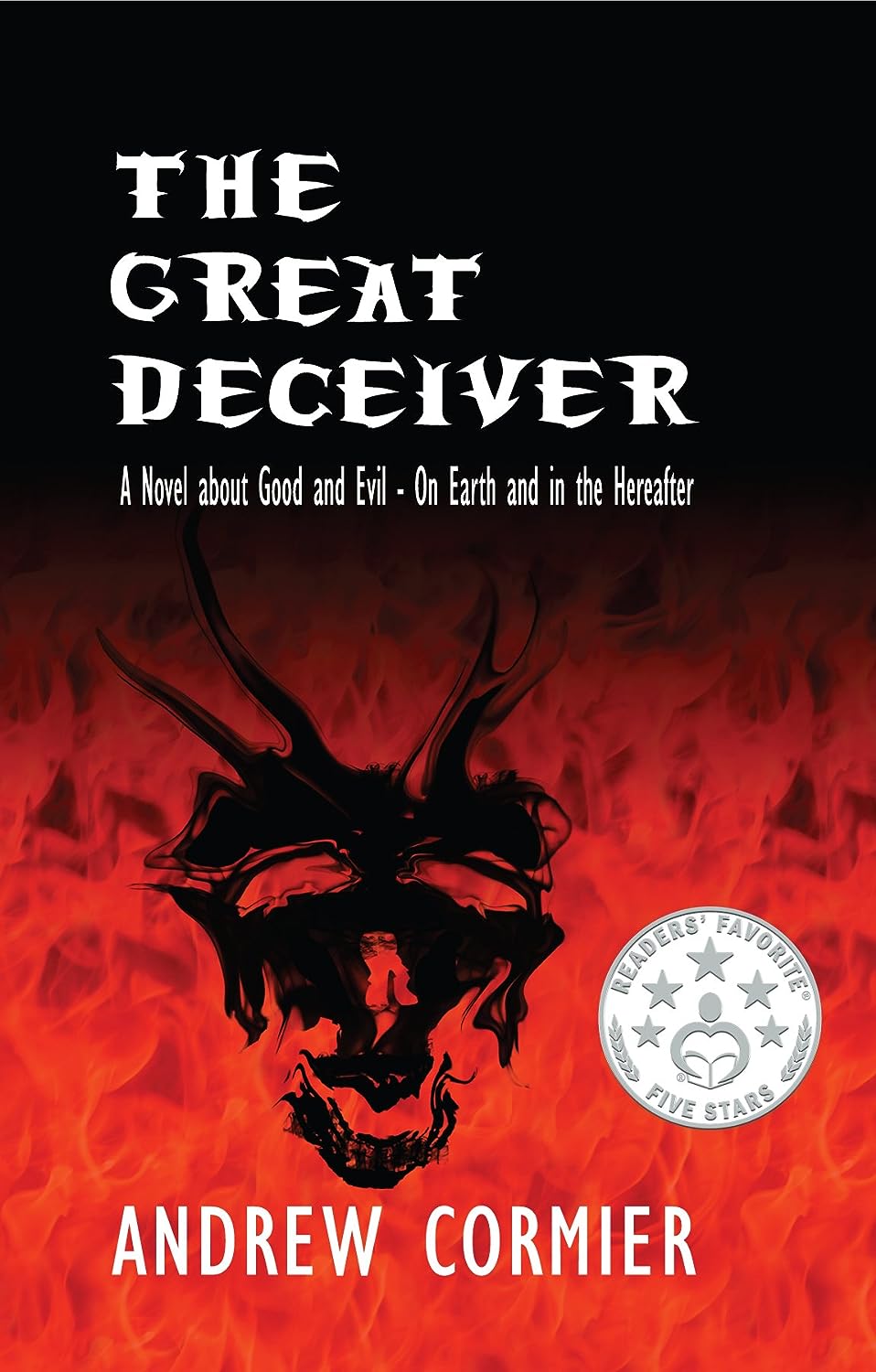 As surely as men wage war against each other, so do supernatural deities fight for human souls in the afterlife. What are the deciding factors that determine where a human soul goes upon death? Is it the measure of a human’s character on Earth, and the deeds they have done, or something different altogether? What if one soul has the potential to sway the supernatural battle?

A wealthy, successful lawyer, who seeks justice for those who have none, may be this exact soul. He is still unclaimed, and has a nearly-unlimited capacity for good or evil. When this lawyer’s family is killed, he is forced to make a difficult, moral decision. The consequences of it could forever change humanity. What will his choice be: will this lawyer accidentally bring about the apocalypse, or will he prevent it? The final outcome of humanity, the very end of the world, could rest upon his shoulders.

How is Writing In Your Genre Different from Others?
This is a blend of supernatural elements and dark fantasy with a lot of theology and suspense. It is a fictional memoir, and is similar to Dante’s Inferno, or The Da Vinci Code

What Advice Would You Give Aspiring Writers?
Keep trying. It took me years to make any money at all. It is a very hard road, and you will need another job while you try to succeed.

What Inspired You to Write Your Book?
It was a short story I started in 2002 that I finally decided had to be finished.

About the Author:
Andrew Cormier was born in Lowell, Massachusetts. He was raised in Falmouth, Massachusetts (on Cape Cod) until the age of six. He lived in Massachusetts for approximately seventeen years before he moved to New Hampshire in 2006. His works of fiction include: Shamblers: the zombie apocalypse (horror/action), The Great Deceiver (speculative fiction/darkfantasy), The Winds of Change (epic fantasy), What Tomorrow Brings (epic fantasy), The Ultimate Revenge (short story: dystopian), Piece of Mind (thriller/suspense), Edge of the Abyss (dark songs and poems), and The Informed Buyers (horror)

He began reading at an accelerated level at an early age. Around the time he was nine or ten, he was reading such books as Dickens: A Tale of Two Cities, Oliver Twist, or Jack London’s Call of the Wild. He has been an avid reader and writer throughout his life. His works include three novels, over 100 songs/poems (many of which are available in his collection entitled Edge of the Abyss), and a number of short stories such as Piece of Mind and The Ultimate Revenge.