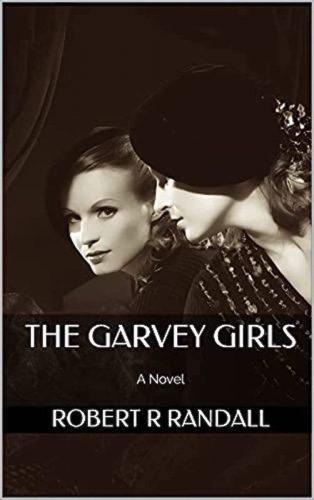 Irene and Helen Garvey have been devoted, but often contrary siblings since the mysterious murder of their father in 1934 when they were sent off to a private boarding school. The younger Helen loved the nuns at Sacred Heart Academy; Irene could not abide them. Helen embraced the tenets of the Catholic church, even as Irene declared them absurd. Closer to home, young Helen had adored her father, while Irene saw him as cruel and deceitful.

Now, ten years later, the beautiful Garvey girls, in their early 20s, face the challenges of youth and romance in the midst of World War II. Helen is engaged to an alcoholic musician and Irene is in a dead-end affair with an older married man. As their mother lies dying, she mumbles a few words in which Irene finds a possible clue in their father’s still unsolved murder.

By turns, intriguing, humorous, tragic and heartwarming, The Garvey Girls is a story of love and awakening in the midst of tragedy in the murky deep South of the 1940s.

What Inspired You to Write Your Book?
I wanted to write a period piece and was especially attracted to the 1940s. I also wanted to write a novel that contained a murder mystery, but was not the main focus of the story.

How Did You Come up With Your Characters?
I used my earlier members of my own family in a general way, just as a beginning point. The story itself is mostly pure fiction.

Book Sample
‘M’am?’ someone said, and she woke with a start, lost for a moment before she recognized the waiter’s bow tie and starched white jacket–and then, just beyond her adjacent window, the grey countryside flying by.

She had booked a ticket to Meridian on The Southerner as soon as she could after Helen called. My god, a massive heart attack, and her mother just 40 years old.

Jesus, the trials mama had faced: asthma as a child, epilepsy and mental problems, then married to a tyrant all those years before he was violently torn from her life (though in Irene’s view that had been a blessing); since then, in and out of East Mississippi State Hospital, and now a life-threatening heart attack. What a tragic life! It wasn’t fair–but then, what was?

From a small bottle in her purse, Irene poured a few drams of scotch whiskey into her fresh cup of coffee (thank god she had remembered to bring the bottle; Mississippi was still as dry as a bone and would no doubt stay that way till somebody ran off those strange bedfellows, the bootleggers and the preachers).

God, she hated this place. Yes, it was pretty, and she supposed it could be peaceful if all the ignorance and poverty didn’t drive you crazy. When it came to trailer trash–no place could touch the Magnolia State. She had sworn she’d never come back when she moved to New Orleans two years ago. Of course, she’d made a few brief trips home to see Helen and her mother, so technically, she had broken her promise. Lately, however, more often than not, her sister had been coming for visits in New Orleans. But her mother–even when she was lucid–had never set foot out of Meridian.

And now–let’s face it, her mama was probably dying. Of course, in a way, she’d been dying ever since her husband’s violent death in ’34. It was then that she suffered a mental breakdown and the O’Briens had her committed to East Mississippi. What with periodic relapses and recurring spells of asthma and epilepsy, Emma Rose Garvey had almost seemed destined to live a sad and ephemeral life.

Too bad, Irene reflected, that she’d had to spent most of it with a man like Bruce Gandy. Talk about an odd couple–her mother a shy, if gorgeous ‘fair maiden’ (barely seventeen when they married), fond of poetry and flowers and classical music; her father an extroverted ‘man about town’ who was secretly an hard-drinking bully, privately subjecting his much younger wife to years of both mental and physical abuse.

God, what a hypocrite, she thought for maybe the thousandth time–mass every Sunday on the front row, “close, personal friend” of Monsignor Hannity, generous–and very public–contributor to the interminable St Patrick’s Building Fund–all while terrifying his sweet child of a wife and probably screwing half the women in Meridian. Even more galling to Irene was the fact that no one seemed to know what a fraud he was, Most people seemed to think “butter wouldn’t melt” in Bruce Gandy’s mouth.

‘I beg your pardon?’

‘I was asking,’ the young soldier said, indicating the seat across from her, ‘if this seat was taken.’

Jesus, they all look so young, she thought, of the hordes of servicemen throughout the train. She was only 22, herself, but this one appeared to be just barely north of puberty.

‘I couldn’t help noticing your bottle,’ he said.

‘Well, I was wondering of you could spare a swallow.’

‘A swallow?’ she smiled.

He looked as if he had already consumed a few swigs of something or other. Probably, the bottle being passed around by the increasingly raucous group of soldiers at the far end of the car–the group now mangling one of her favorite songs: Don’t sit under the apple tree with anyone else but me…

‘Are you old enough to drink?’ she asked, even as she handed him the half pint of scotch.

‘Sure I am,’ the young soldier said, just before he took a swallow. ‘I’m old enough to fight, ain’t I?’

‘I can’t argue with that,’ she said, and took a short swig, herself.

He was headed for Meridian, he said, where he would undertake flight training at Key Field. Then he’d probably be off to some place in Europe or the Pacific. He hoped to be a fighter pilot.

‘Fighter pilot?’ she said, hoping her incredulity was not blatantly evident.

‘Just what I’ve seen in the movies.’

‘It’s the best damn–excuse me, m’am–the best fighter plane in the world.’

‘Oh yeah,’ the young man enthused, ‘it’s got twin tails and a machine gun right on the nose–which makes it easier to kill those Jerries and Japs.’

‘That sounds impressive,’ Irene said, sensing his need to talk. If she was in his shoes, she thought, she’d probably be scared to death. Jesus, one minute discovering your hormones and girls, the next, learning to kill people with funny names in foreign places.

He talked awhile longer, then trailed off, and soon he was snoring. She shook her head with disbelief and sadness. Fighter planes? Machine guns? Killing Jerries? This boy was 17, at best. It was not that long since his arsenal of choice was probably a slingshot or a BB gun.

Bill had been sweet to insist on paying for her round trip train ticket to Meridian. At first, she had balked:

‘It’s not right that you pay for everything,’ she had said, ‘I’m starting to feel like a “kept woman.” ‘

‘Oh, come on,’ Bill had said. ‘I hardly pay for everything. Look, I’m just fortunate enough to make a very good living. If our situations were reversed, I’m sure you’d be happy to help me out from time to time.’

Their affair had begun less than a month after she had taken the job as his personal secretary at Southern Life of New Orleans. He, William Culpepper, was the insurance company’s General Sales Manager. They had experienced an immediate mutual attraction, but she’d had no intention of pursuing it. He was, after all, 20 years her senior, not to mention married–with three kids to boot.

But, best laid plans and all–before you could say “going to hell in a hand basket,” they were registering covertly–and regularly–as man and wife at the Roosevelt and, occasionally, engaging in lunchtime quickies in Bill’s private office in the Godchaux Building. The nuns at Sacred Heart Academy would be traumatized; her innocent sister, Helen, would be shocked, her mother–well, that would depend on her capricious state of mind: she might not even notice.