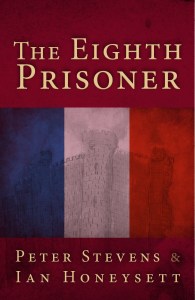 Summer 1789, Paris at the start of the French Revolution. A desperate man stalks his unfaithful wife. The last thing he ever does as, that night, his throat is slit by a ruthless killer.

The murder will bring together two men of very different backgrounds and opinions : Inspector Rouget Maison of the Paris Police and Abbé Pierre Reynard, Parish Priest of Saint-Merri. Rouget is cynical, intelligent, very ambitious and sympathetic to the growing Radical movement. The Abbé is dedicated to his parishioners, idealistic though somewhat world-weary. His housekeeper, Helene , has two children, Christine and Robert, who also play a major role in the story. In particular, Christine, a bright girl of 18 who is excited by the spirit of the Revolution. Robert is small,16, and adept at getting into inaccessible spaces. Not always legally. Together, they prove rather good at investigating crimes.

The main action begins with Camille Desmoullins’ fiery rhetoric inciting the people of Paris towards the events of 14th July and the storming of the Bastille prison. Both the Inspector and the Abbé find themselves amidst the carnage of the Bastille when the bodies of two young women are discovered in the cells. This is particularly painful to Abbé Reynard as he discovers that one of them is the “secret” daughter, Mathilde, whom he has only just re-encountered after many years’ absence. Inspector Maison and Abbé Reynard and his household form an uneasy alliance as they try to discover who killed Mathilde and why. It transpires that Mathilde was a well-known courtesan with knowledge and evidence – in the form of an incriminating letter – of a conspiracy at the highest level.

Unknown to his superiors, Rouget Maison is in the pay of the Duke d’Orleans, who is both cousin to King Louis 16th and a leader of the Radical movement in France. The Duke asks him to investigate the two Bastille murders and he soon has a number of potential suspects : in particular some very unsavoury ex- Bastille gaolers and some of the “Vainquers” who stormed the prison. In addition he has long been aware of a team of professional assassins working in Paris whom he believes may well be involved in the murders and a wider conspiracy.

Abbé Reynard, now in a state of grief and moral confusion, is determined to find his daughter’s killer and persuades the Inspector to add Christine to his long list of informers. Meanwhile, he finds evidence that members of the Church hierarchy may also implicated.

Over the tumultuous summer and early autumn of 1789, the two men find themselves sometimes co-operating and sometimes definitely not as they seek to unravel the conspiracy. Matters come to a head at the start of October with the Women’s March on Versailles. The evidence points to this being the perfect opportunity for the conspirators to achieve their ambitions. And Inspector Maison, Abbé Reynard and Christine find themselves in a race to foil a major assassination attempt that could just change the course of history.

What Inspired You to Write Your Book?
My co-writer, Peter, asked me if I was interested in writing a book with him now that we were both retired. I said I might be. We had last written together over 30 years before when we wrote student reviews. We share an interest in crime and history and so decided that would be a good subject. We discovered there were very few crime books set during the French Revolution so we decided to fill the gap.

How Did You Come up With Your Characters?
Having agreed on the period, some “real” characters chose themselves eg King Louis the Sixteenth & Danton. We agreed we needed a policeman so Peter created Inspector Rouget Maison. I have an interest in Church history and created Abbe Pierre Reynard and his household. The other characters somehow emerged once we agreed the plot and started writing.

Book Sample
He was in an agony of indecision. Should he go over to the mansion and demand to know what they were doing with, or to, his wife? he knew immediately he would not. It was the last thing he would want to know. Give it half an hour, he thought, then he would decide. Decide what? He could not even decide what to decide. He had been waiting twenty minutes and was now coughing regularly. The sound of his coughing was a great help to the man who walked up silently behind him and knocked him senseless with a single blow of his heavy club.

Buy The Eighth Prisoner On Amazon