You are here: Home / Bargains and Freebies / Bargain Books Under $3 / The Echoes of Love by Hannah Fielding

Set against the breathtaking beauty of Italy, The Echoes of Love is a passionate, heart-breaking romance to ignite the senses and rekindle your belief in the power of love. Seduction, passion and secrets…

Venetia Aston-Montagu has escaped to Venice to work in her godmother’s architectural practice, putting a lost love behind her. For the past ten years she has built a fortress around her heart, only to find the walls tumbling down one night of the carnival when she is rescued from masked assailants by an enigmatic stranger, Paolo Barone. Drawn to the powerfully seductive Paolo, despite warnings of his Don Juan reputation and rumours that he keeps a mistress, Venetia can’t help being caught up in the smouldering passion that ignites between them. When she finds herself assigned to a project at his magnificent home deep in the Tuscan countryside, Venetia not only faces a beautiful young rival but also a sinister count and dark forces in the shadows, determined to come between them. Can Venetia trust that love will triumph, even over her own demons? Or will Paolo’s carefully guarded, devastating secret tear them apart forever? 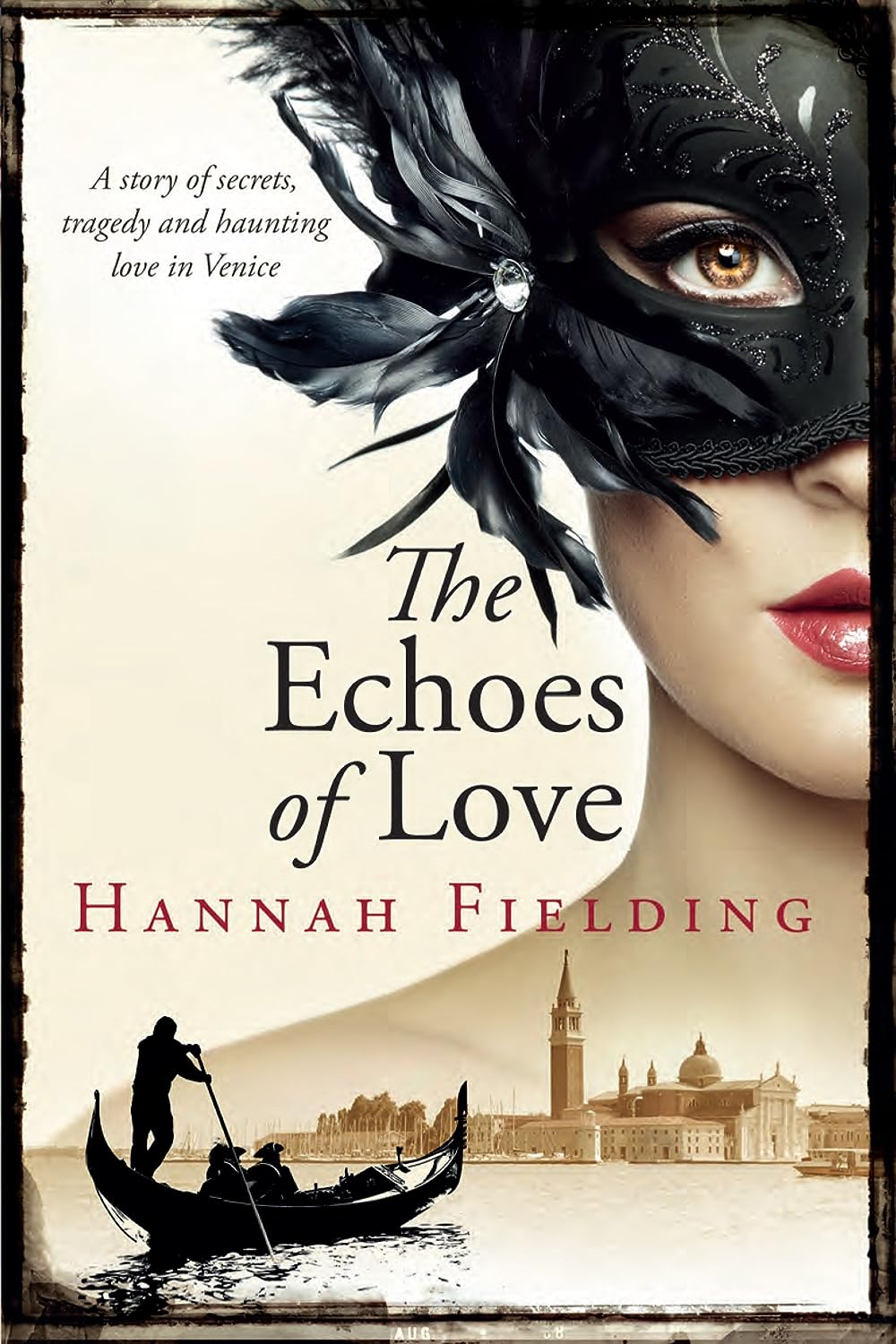 How is Writing In Your Genre Different from Others?
Writing romance allows pure escapism and flights of imagination!

What Advice Would You Give Aspiring Writers?
First and foremost write from the heart. Be true to yourself and don’t compromise to please the market. Market change, fads come and go; your work will remain.
Research your facts thoroughly. A writer today has no excuse for not getting his/her facts right. Use all the tools available to you. Travel, internet, books, films, documentaries; it’s all there to enrich your experience and make your writing journey easier.
Plan your novel up to the smallest detail. This will make your writing so much easier and therefore so much more enjoyable. A plan is your map. Would you set out on a long journey by car without a map?
Read, reread, and reread. Edit, Edit, Edit. Go through your manuscript again and again and edit it. I know that it will break your heart to delete a phrase or even one word you spent time agonizing on, buts sometimes less is better than more. Not an easy advice to follow, but in the long run it does work. If you can leave the manuscript along for a few weeks and revisit it at a later date, reading it as if it were someone else’s, than that’s even better.
Do not get discouraged. Continue to write whether you think your work is good or bad. There is no bad writing. There are good days and bad days. The more you write, the better you will get.

Author Bio:
I grew up in a rambling house overlooking the Mediterranean. My earliest memories are of listening, enchanted, to fairy stories at the knee of my half-French half-Italian governess Zula. When I was seven we came to an agreement: for each story she told me, I would invent and relate one of my own. That is how my love for story-telling began.

Later, at a convent school, while French nuns endeavoured to teach me grammar, literature and maths, I took to day-dreaming and wrote short romantic stories to satisfy the needs of a fertile imagination. Having no inhibitions, I circulated them around the class, which made me very popular among my peers and less so with the nuns.

After I graduated with a BA in French literature, my international nomadic years commenced. I lived mainly in Switzerland, France and England, where I had friends and family, and during holidays I travelled to Mediterranean countries like Italy, Greece and Spain.

I met my husband in London at a drinks party: it was love at first sight, just like in the romance books that were my constant companions. He brought me to his large Georgian rectory in Kent, surrounded by grounds and forests. After my children were born, between being a mother and running a property business, there was little time for day dreaming, let alone writing.

Then, once my children had flown the nest, I decided after so many years of yearning to write, write, write it was time to dust off the old manuscripts I’d been tinkering with for a lifetime.

Today, I am living the dream: I write full time, splitting my time between my homes in Kent and in the South of France, where I dream up romances overlooking breathtaking views of the Mediterranean.

My first novel, Burning Embers, is a vivid, evocative love story set against the backdrop of tempestuous and wild Kenya of the 1970s, reviewed by one newspaper as ‘romance like Hollywood used to make’. My new novel, The Echoes of Love, is a story of passion, betrayal and intrigue set in the romantic and mysterious city of Venice and the beautiful landscape of Tuscany.

What Inspired You to Write Your Book?
I first visited Venice as a young child. Then, as now, I was wide-eyed and enchanted by the beauty of the city. I distinctly remember standing in the main square, the Piazza St Marco, gazing up at the stunning architecture of Saint Mark’s Basilica, and feeling I had somehow entered another world – a fairytale world. Then I looked down, at the square itself, which was overrun by hordes of pigeons. There was nothing beautiful about those birds. They were quite spoiling the place. And it struck me then that Venice is a city of two faces: that which the tourists flock to admire, that makes the city the capital of romance, that breathes new life into the imagination and leaves a permanent, inspirational impression. And the other side, the darker side, that which is concealed in what Erica Jong called ‘the city of mirrors, the city of mirages’.
When I returned to the city as an adult, I became quite fascinated by the concept of Venice – what it means to be Venetian; what the city really is beneath the layers of history and grandeur and legend. Frida Giannini wrote ‘Venice never quite seems real, but rather an ornate film set suspended on the water.’ I understand this quote – there is something fairytale about the place, and with that comes some reluctance, perhaps, to see the realism beyond.
Venice so captured my imagination that I knew some day I would write a romance novel set in this most elegant and fascinating of cities. But it had to be the right story to fit the place. For me, that meant a story that reflected the two faces of Venice – the mask she wears, and the true form beneath.