You are here: Home / Fiction / Science Fiction / The Dogs Don’t Bark In Brooklyn Any More by Eric Robert Nolan

“There was a time, Rebecca’s father had told her, when wolves could not speak. She wished for that time.”

Rebecca O’Conner is the daughter of a hero, a veteran soldier of The Wolf War. Now, she herself is a Captain in the Special Animal Warfare Service (SAWS), fighting, as her father did, against the super intelligent wolves that have taken over most of the continental United States.

The Dogs Don’t Bark In Brooklyn Any more spans two periods of Rebecca’s life: the tumultuous Brooklyn childhood that shapes her future, preparing her for the soldier she must become, and her struggle to keep herself and her squad alive as she prepares to meet her destiny. Her empirical mind rebels against the chaotic dreams that haunt her, suggesting a greater path than she can yet comprehend as she seeks to find an end to the war.

The enemy is smart, strong and fearless; the odds are stacked against the human race. Is there hope for us in the war with the wolves? Will humanity prevail and reclaim its place as the dominant species on Earth? Or will the great demonic wolf that stalks Rebecca in her sleep close its jaws over the world and drive us to extinction? 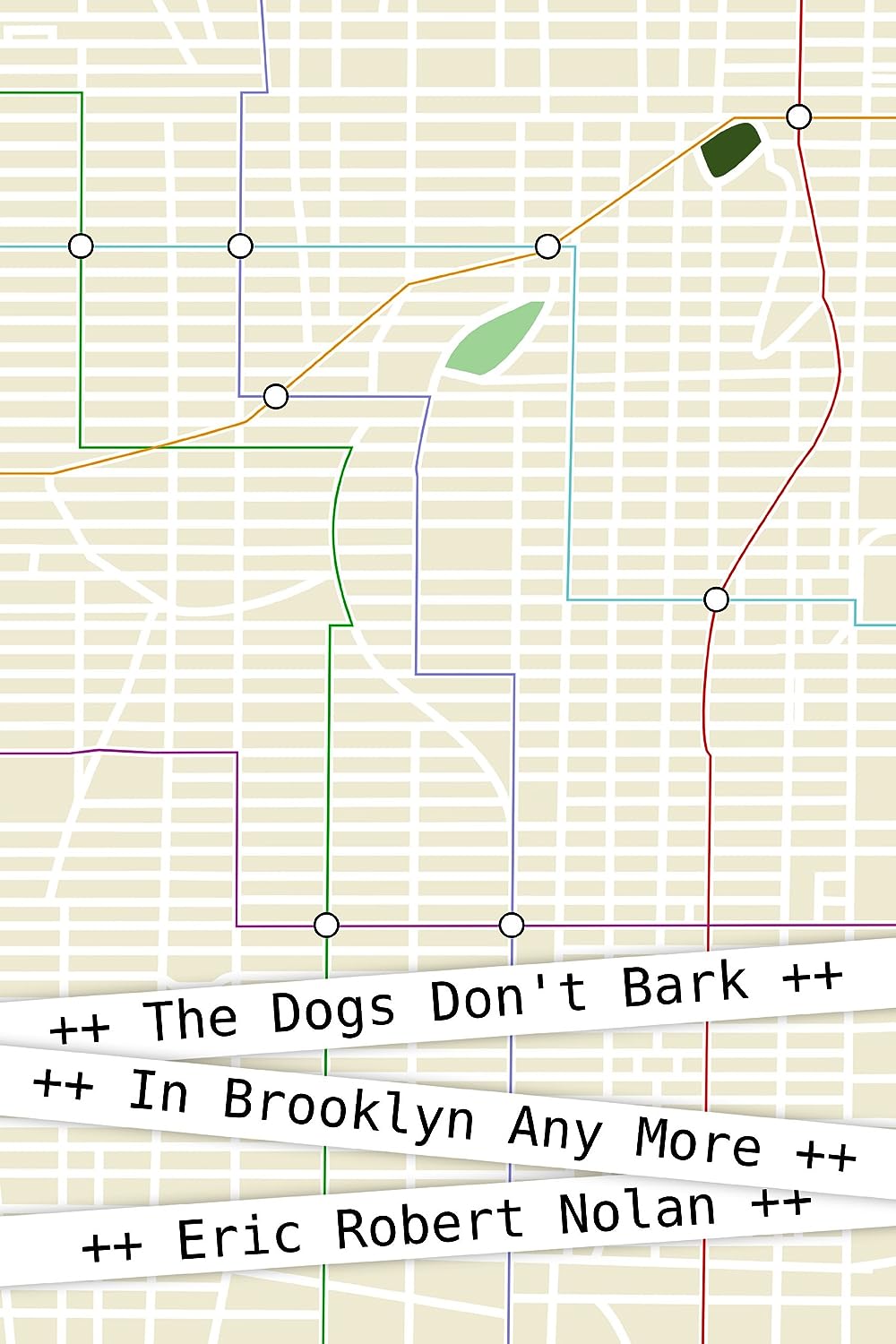 How is Writing In Your Genre Different from Others?
I have found that science fiction and speculative fiction require the writer to bring far more expository information to the story. The trick is to weave it in to the other story elements in a way that still allows the characters to take center stage.

What Advice Would You Give Aspiring Writers?
Find out what works! Writers and artists are a heterogeneous species. What inspires and teaches one writer might not work for the next.
Explore your own process. Do you write better early in the morning or late at night? Do the words come more easily with or without breaks? Should you drink coffee? Or go for a walk to relax before you write? What inspires you to tell stories? Is it books, short stories, films, songs, dreams, or something else entirely? Find your Muse and follow her.
If you enjoy your story and find it interesting and engaging, then there is a far stronger likelihood that the reader will as well.

Author Bio:
Eric Robert Nolan graduated from Mary Washington College in 1994 with a Bachelor of Science in Psychology. He spent several years as a news reporter and editorial writer for the Culpeper Star Exponent in Culpeper, Virginia. His investigative work has also appeared on the front pages of numerous newspapers and local magazines in Virginia, including The Free Lance – Star and The Daily Progress.

Eric entered the field of philanthropy in 1997, as a grants, public relations and speech writer for nonprofit healthcare organizations. His feature writing included articles in Vim and Vigor Magazine, and Eric designed and taught curricula for grant writing training courses for healthcare professionals.

Eric’s debut novel is the postapocalyptic science fiction story, “The Dogs Don’t Bark In Brooklyn Any More.” It was published by Dagda Publishing on November 19th, 2013, and is available at Amazon.com both in paperback and for Kindle. This will be the first of a series of books entitled “The Wolf War Saga.”

Eric’s poetry and short stories have been featured by Dagda Publishing, Every Day Poets, Every Day Fiction, Illumen, Dead Beats Literary Blog, Dead Snakes, The Bright Light Cafe, The International War Veterans’ Poetry Archive, and elsewhere. His poems were also included in anthology format in Dagda Publishing’s “Threads” in September 2013. Eric’s science fiction/horror short story, “At the End of the World, My Daughter Wept Metal,” was published in January 2014 in Dagda’s short story anthology, “All Hail the New Flesh.”

What Inspired You to Write Your Book?
There were a number of influences. The primary influence was Saki’s “The Interlopers,” which my father read to me when I was a boy.
Another influence was the animated film adaptation of Richard Adams’ Watership Down. (I am embarrassed here to admit that I actually have not read the classic novel upon which it is based.) Watership Down portrays intelligent animals, yet they are not fully anthropomorphized. (They have their own distinct language and culture.) I wanted to take this idea and turn it on its head. What if we had intelligent animals who were bad guys, while the human characters were the story’s protagonists?) I’ve hoped since I wrote it that people might find this an original idea.
Finally, I was influenced by the real story of David Berkowitz, the “Son of Sam” serial killer. When Berkowitz was finally arrested by New York City police, he confessed that he was motivated to his crimes by his neighbor’s demonically possessed, talking dog. That image, or idea, is one of the creepiest things I’ve ever heard. I’ve always thought that talking animals could be the basis for a great horror story.