You are here: Home / Pet and Animal Books / Dogs / The Deadly Dog Show by Jerold Last 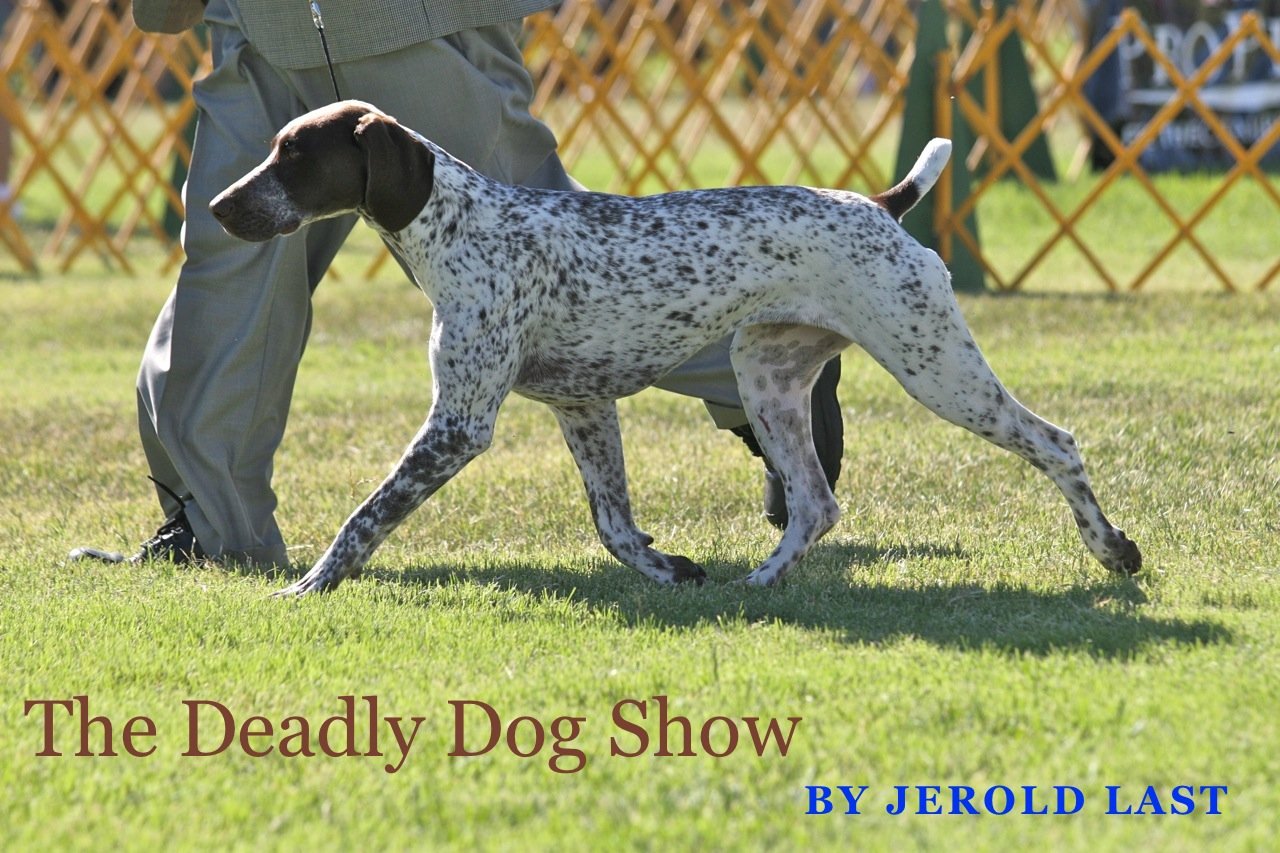 What inspired you to write your book?
My wife, Elaine, breeds and shows German Shorthaired Pointers. She wanted me to write a mystery novel that featured this particular niche of the world, and volunteered to be my technical adviser so it would be factually correct in all the dog scenes. The canine star of this novel, Juliet, is very, very much based on our own Jolie, who also offered her help in the dog scenes. On top of that, my series characters, Roger and Suzanne, had a new baby and we all know kids should grow up with a dog in the family.

About your Book:
The Deadly Dog Show, a suspenseful journey into the world of canine conformation contests, provides an exciting backdrop for murder. Reviewers are enthusiastic about this whodunit novel, which will appeal to mystery readers, dog lovers, and anyone who wants to visit the world of dog show competition. The seventh book in the popular Roger and Suzanne mystery series finds Roger and Bruce hired to go undercover impersonating the owner and handler of a Champion German Shorthaired Pointer named Juliet to investigate certain irregularities that might be occurring at dog shows in California. To complicate this case the bodies of dead judges start popping up and Suzanne picks up a mysterious stalker sending her most unwelcome gifts. Throw in drug cartels and corrupt cops and it sounds like a typical job for our detective couple. The Deadly Dog Show can be read as a stand-alone novel. Fans of the series should enjoy reconnecting with characters they’ve met in the previous books.

How do you see writing a book in the Pet Genre as different from writing other genres of books?
Fundamentally, it isn’t, at least in the mystery genre I write in. The dog is just another character in the book, and one based quite closely on a dog I live with. Just watching her could inspire a scene in the novel. I think we’ll see more of Juliet and her puppies in future books in this series.

Advice to someone that is thinking about or currently working on a pet book
Write about animals you know well. Their personality quirks or breed-specific behaviors are what should make them interesting to your readers. After that, treat them with the same respect you treat your humans with in the book.

How did you decide how to publish your book and where is it published through:
Amazon KDP—to me this choice is a no-brainer for an Indie author. Amazon is where the large majority of people go to buy Kindle E-books, and the options available for book promotion are quite attractive to me. The process is painless and the service is excellent.

Author Bio:
The author is a Professor at the University of California at Davis, near Sacramento in Northern California. He has a Ph.D. degree in Biochemistry and does research in asthma and on health effects of air pollution on the lungs, as well as teaching and lots and lots of administrative stuff. Jerry’s a big fan of mystery novels. His popular Roger and Suzanne mystery series currently consists of four novels, two novellas, and an anthology of short stories. The fifth novel, set in the Galapagos Islands, should appear on Amazon Kindle early in 2014. The settings and locales for the novels on Amazon KDP, The Ambivalent Corpse, The Surreal Killer, and The Matador Murders and the novella The Body in the Bed are authentic; the author lived previously in Salta, Argentina and Montevideo, Uruguay for several months each, and selected the most interesting South American locations he found for Roger and Suzanne to visit while solving the miscellaneous murders. He continues productive research collaborations with faculty members in Salta and Montevideo. Jerry and his wife Elaine live in Northern California, where Elaine breeds prize-winning German Shorthaired Pointer dogs and provides technical advice for Jerry’s novels like The Deadly Dog Show and editing for all of the books. Elaine and jerry also enjoy their three granddaughters (one brand new) and a grandson. A blog describing the background and birth of Jerry’s books; Jerry, Elaine, and the dogs’ lives; and all things mysterious can be found at http://rogerandsuzannemysteries.blogspot.com.