You are here: Home / Fiction / Romance - Erotica / The Coolest Way To Kill Yourself by Nicholas Tanek @NicholasTanek 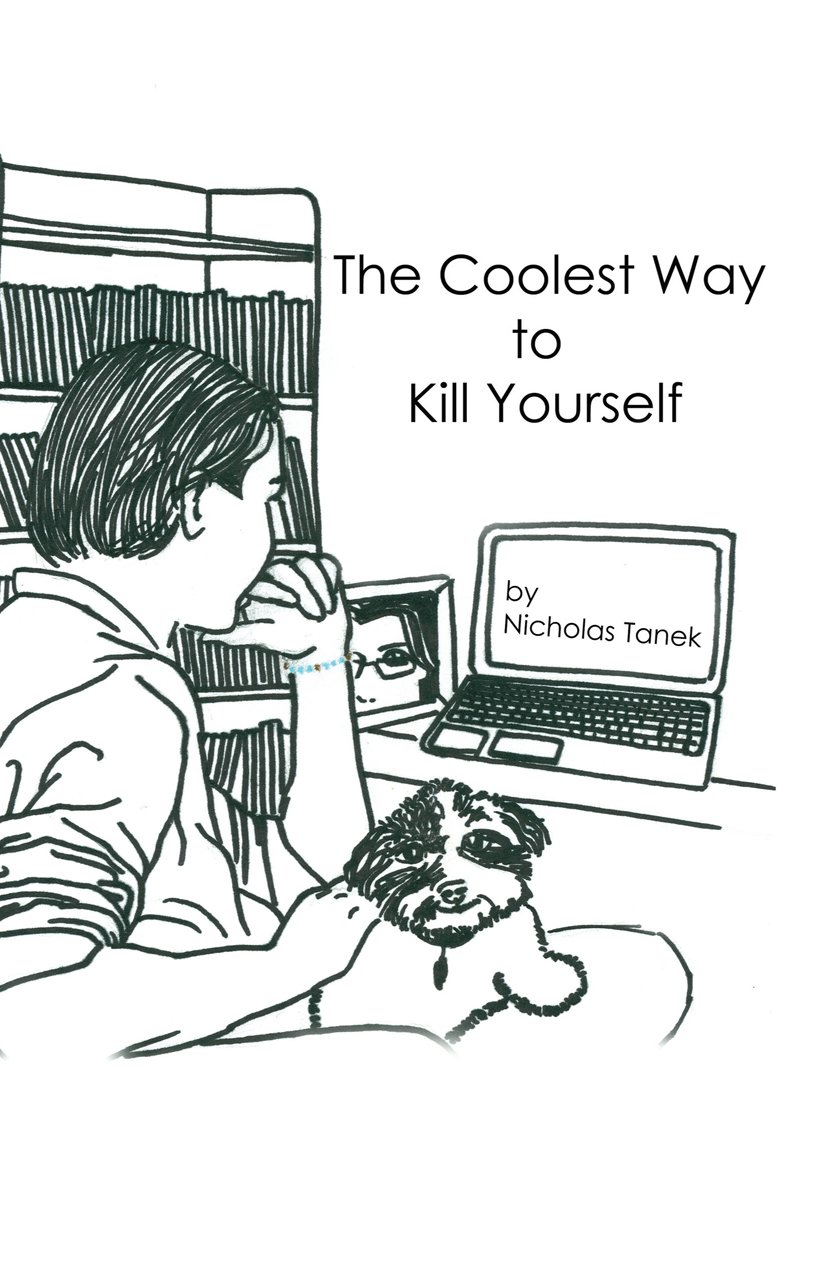 Okay. So no one actually kills themselves in this book.

The Coolest Way to Kill Yourself pulls you into the early 90’s New York City rave scene, in all its chaotic, psychedelic glory. The narrator grabs you by your wrist and drags you behind two teenage lovers from New Jersey as they tumble through a whirlwind of reckless hedonism that eventually spirals into a dark, devastating world of drug addiction and heartbreak. As a teenager, Lynn cried, “No one is ever going to write something for me.”

Nearly two decades later, in the aftermath of Hurricane Sandy, Nicholas did just that. The gesture came too late for our unlikely heroine, but his heart was in the right place. A broken heart… but a true love. Reunited after years apart, Lynn and Nicholas embraced their love and sexuality, and embraced each other, despite troubled pasts, despite illness, despite all of their imperfections and mistakes. They shared the kind of honest and shameless connection that few have had the honor of knowing, and most would never understand.

“We’re not hurting anyone. We’re just living life without caring what anyone thinks about us.”
“It’s the coolest way to kill ourselves,” Lynn said.

So turn the page, and pull the trigger.

What Inspired You to Write Your Book?
During Hurricane Sandy, I spent a great deal of time reflecting on my years with Lynn. I knew I had to write this book, and I spent many, many nights with Lynn in my memories. She said no one would ever write something for her. I knew that I would write Lynn’s story, even if it killed me.

How Did You Come up With Your Characters?
My best stories come from real life experiences. I employ a form of fictionalized reality when I write. But the events in the book are real as are the characters. I have concealed situations and names sufficiently out of respect for those individuals.

Book Sample
Alison and I spoke on the phone after she got my email. It seemed like the only thing she took away from my email was the line where I said, “There are many things I cannot stand about you.” During our phone conversation, she spewed hate at me, criticizing my hair, my clothes, and my taste in music. She claimed that all of our friends and every single member of her family hated me. I felt like Josef K in Kafka’s The Trial. As I was on the phone with Alison, I stood up out of my seat and began walking. I walked out the office door, through the hallway, and into the elevator. The entire time, Alison recited this laundry list of things she hated about me. I think she even said, “I hate the way you breathe!” I tuned out and walked out of the office building. I walked across Route 1, which is the urethra of the East Coast, running all the way down to the very tip of the penis-shaped state of Florida. As on insult blurred into the next, I walked to the bank on the other side of Route 1.

“Hold on, please,” I said to Alison. I covered the phone and looked at the teller. Handing over my driver’s license and my ATM card, I said, “I would like to empty the entire account but leave 3 cents, please.”

The teller looked at me with curiosity. She heard Alison yelling at me through the phone and then gave me an understanding smile. “Yes, sir. Anything you say,” she said. She returned with the entire contents of our joint bank account, minus the 3 cents. I loved watching her count the bills. Once the envelope was filled, I paused before taking the money. This was what remained of my cashed out 401K. This was an account that purchased her new car because her old car failed due to her careless lack of maintenance. This was what was left of the money that I invested in us as a couple.

“So, Alison,” I said. “You are saying that we are completely over as a couple?”

“Okay,” I said. “See you in the next one.” I smiled, hung up, and walked out of the bank with every single dollar that was in our account. I felt free. I immediately wanted to call Lynn to tell her the story.

About the Author:
Nicholas Tanek is an American ghostwriter from New Brunswick, New Jersey. He graduated from Rutgers University with a Bachelors in English. Nicholas has been a ghostwriter for over 15 years. His passion for music, which is a major theme in his debut novel, is exemplified through the numerous artist interviews he has conducted over the years, including the likes of Happy Mondays, The Wolfgang Press, Momus, Common, Cee-Lo Green, Scratch (of The Roots), Sticky Fingaz, and many others.

Nicholas believes that all things should be done in and for love.

Nicholas currently resides in New Jersey with his dog Mokey, who is also prominently featured in The Coolest Way to Kill Yourself.