You are here: Home / Bargains and Freebies / Bargain Books Under $3 / The Billionaire’s Ultimatum: His Absolute Need by Cerys du Lys @cerysdulys

Falling in love wasn’t part of Jessika’s temporary job description. Nor, initially, was being asked by billionaire CEO Asher Landseer to become an egg donor and surrogate for his infertile wife. All Jessika wants to do is help, but is she setting herself up for heartbreak in the process?

Screwing up on her first day of a one-day job is the last thing Jessika Fevrier wanted to do. Worse yet, she’s managed to infuriate Asher Landseer, the young, handsome, reclusive and eccentric billionaire CEO of Landseer Enterprises. His idea of work performance punishment is unorthodox to say the least, but Jessika finds herself intrigued by this singularly unaffected man nonetheless.

She was only supposed to clean Asher’s office, but before she leaves for the day he has another job he’d like to offer her. Revealing that his wife is infertile, Asher asks her to consider becoming an egg donor for his family. He’s always wanted children of his own, but the fates have plotted against him, it seems.

Asher’s marriage is of necessity, rough and possibly loveless, but his desire for children is genuine and real. His absoluteness and certainty in himself and his surroundings, despite everything, captivates her. Jessika finds herself charmed by this dominant, enigmatic man who seems to know everything about business and nothing about love.

Behind the scenes, there’s more than the fates plotting against him. Someone has it out for Landseer Enterprises, and they’re going to do everything within their power to cause Asher’s downfall. Between dealing with Asher’s conditions and requirements, the cruel gaze of his spiteful wife, and corporate sabotage, Jessika finds herself lost in a world completely different from the one she’s used to.

Can she rediscover herself and come to terms with her impossible feelings for a man she can’t have? Or in her attempts to satisfy His Absolute Need will she inadvertently become the catalyst that leads to his (and her) ruin?

Dominant, sexy, and powerful. This tantalizing story of love, lust, intrigue and suspense will bind you, entwine you, and thrill you until the very end.

This book is intended for mature audiences.

(This scintillating contemporary romance novel of domination and submission is ~100,000 words in length, or ~370 pages) 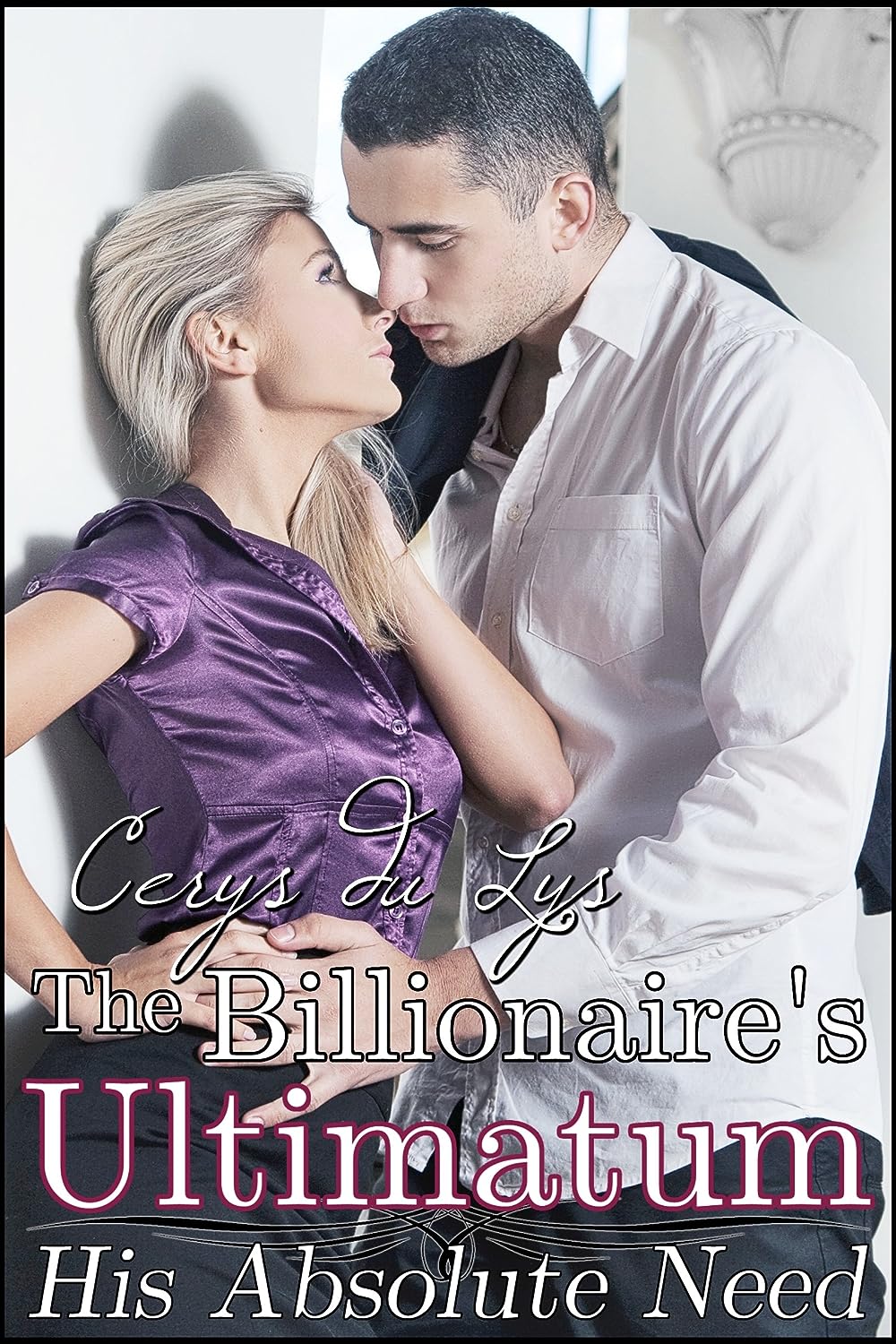 How is Writing In Your Genre Different from Others?
Contemporary romance can be so wild and crazy, but down to earth, too. It encompasses almost everything that we see or do in our everyday lives. But it also points out some of the things that we might not originally notice or think about, too. I always try to focus on those aspects. You might walk by somewhere everyday and not notice how it’s different from everything else around you, but I try to write my stories in such a way that the differences are interesting and noticeable.

What Advice Would You Give Aspiring Writers?
Write every day! A lot!

If you’re just starting out, don’t worry about anything else. You can learn all of that later. You can’t be a writer if you don’t write, you know? You can’t sell a book, or edit it, or do anything to it if you haven’t written it, either. Don’t worry about all of the things that come later, just write your book or your story first, then go from there.

Once you’re done writing, write some more, too!

She lives in the Greater Boston area in a small town in New Hampshire. She spends her days writing, reading, learning, and working. And maybe sometimes she flirts with the mailman. Some of her most favorite activities involve understanding and learning about emotions and relationships.

What Inspired You to Write Your Book?
I really liked Fifty Shades of Grey, and I thought it’d be interesting to do something that was a little different. I imagined that a lot of billionaires would probably already be married, but would it be for love or because it was expected of them to marry someone else who was “upper class,” you know?

So this story came from that idea! Jessika Fevrier, my heroine, helps Asher Landseer find love and happiness after he’s been trapped in a loveless marriage of convenience. There’s more to it, too, with some mystery and corporate intrigue aspects