You are here: Home / Bargains and Freebies / Bargain Books Under $3 / Taking Back Sunday (Incarnate Book One) by Cristy Rey @cristyreywrites

After five years on the run, Sunday has finally settled into a seemingly normal life in Columbia, South Carolina. What her two best friends don’t know is that Sunday has a secret past.

She is the Incarnate, a conduit of mystical energy transcendent of the mundane and the divine.

For most of her life, she served under Bernadette, the most powerful witch in the Northwest. Her power is terrifying, and what she remembers of her past—and what she doesn’t—haunts her. In the year that she’s been attempting to be anything but the Incarnate, Sunday has fought her abilities tooth and nail, but it’s been worth it. When Sunday joins her friends’ coven for an innocent gathering, Sunday discovers a darkness hidden beneath the blanket of the coven’s magic and she is determined to find out who is behind it and what she has planned.

For the last four years, Cyrus has been the point man on the contract to recapture the Incarnate and deliver her to the Pastophori of Iset.

A gifted tracker and a fearless werewolf, he harbors a wild, inexplicable passion for the Incarnate that has driven him to hunt her. He was one of the original captors that brought her to Bernadette when his obsession with her began.

Having found her, Cyrus and his pack find themselves torn between two objectives: take her by force and deliver her to yet another group of fanatics…or help her uncover the traitor among her coven. 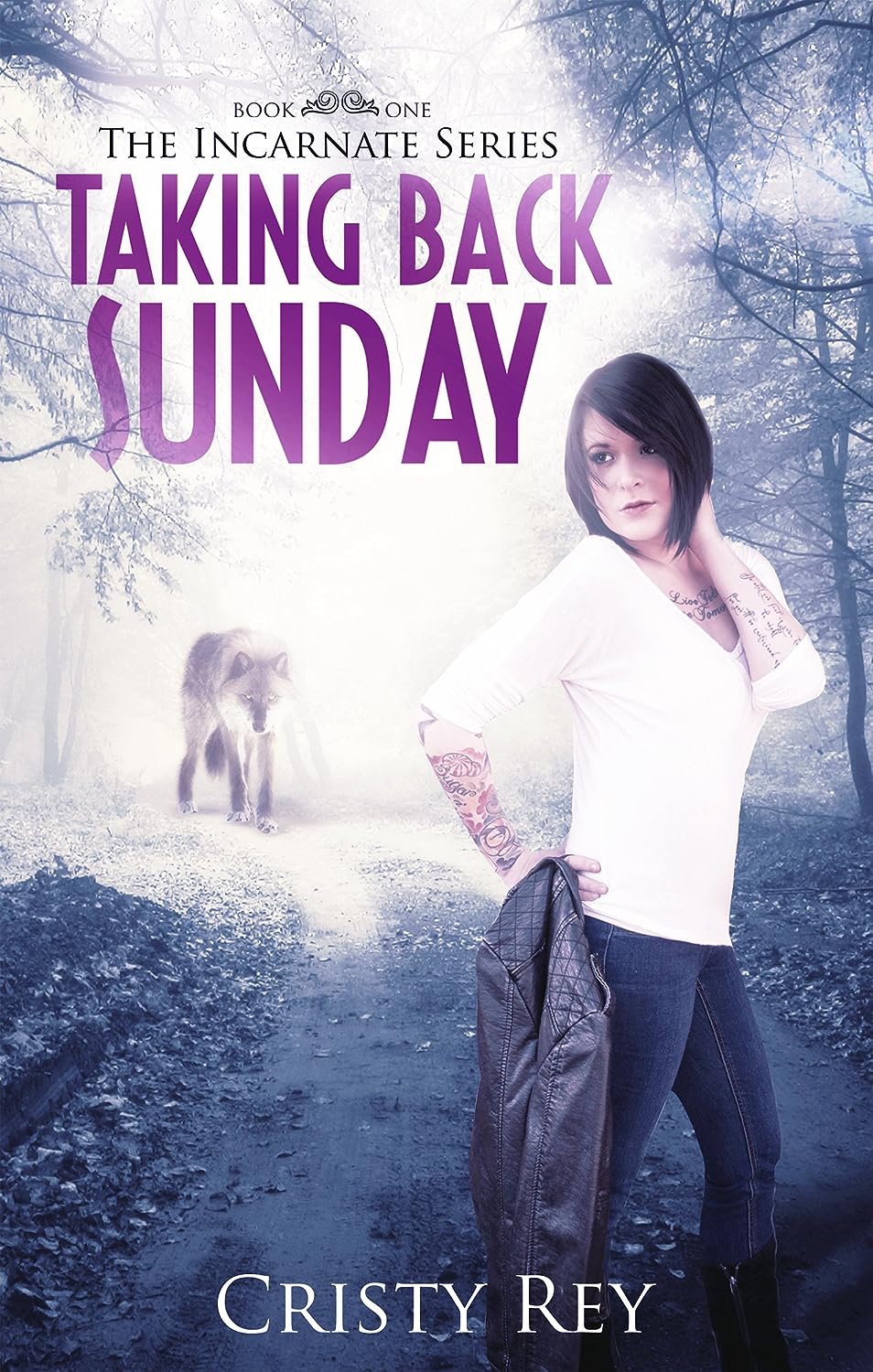 How is Writing In Your Genre Different from Others?
“Taking Back Sunday” has been reviewed as “unconventional” and “genre-bending.” I like that. It’s definitely typical of my style in all things to be eclectic, even eccentric. The Incarnate Series, its characters, and the themes are representative of that. It’s both urban fantasy and paranormal romance. It’s supernatural suspense, but it’s also women’s fiction. It’s occult, but it’s not necessarily dark. I incorporate mythical and religious elements from different cultures in my book, keeping in with my academic background and studies. I write feminist characters – of all genders – and write characters that, as one reviewer noted, follow “no gender assignations,” which is rare for the genre.

What Advice Would You Give Aspiring Writers?
Know the industry. Follow industry blogs and other writers who are experienced and successful. Don’t be afraid to experiment with craft, production, or marketing. No one becomes an overnight sensation and no one wakes up with all the answers. It’s important to get a feel for the great network of information that’s available and then learn how to navigate it while never losing sight of your own voice.

What Inspired You to Write Your Book?
I wrote the book I wanted to read. I am an avid reader of urban fantasy and a lifelong fan of supernatural TV shows and movies. I love stories where intimacy and relationships are just as much a source of conflict as the “danger” element. Thing is, I couldn’t find books that put all the things I wanted to read into one book.. so I wrote it.

About the Author:
Cristy Rey is the author of the romantic urban fantasy Incarnate series. Taking Back Sunday, Trail of Dead, and the prequel novelette, Edge of Seventeen, were released in 2014. The third full-length installment, Wolf Parade, will be released in 2015. She also writes and publishes unconventional romantic women’s fiction. Her first standalone, Weeping Angels, is available now, and her second, Heart Grow Fonder, will be out in winter 2014/2015.

Cristy lives in Miami, FL where she is a reader and writer most of the time, and a knitter much less of the time than she was six months before she took up writing again. She writes the books that she likes to read. She describes her writing style as riot grrrl Jane Austen sprinkled with a little magic. There’s always a killer soundtrack running in the background of her novels – all you need to do is turn to the playlist to know what’s up.