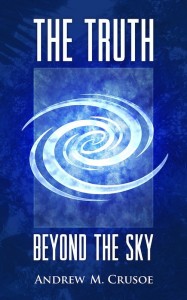 This book is bargain priced from 05/21/2014 until 05/23/2014 Perched atop the island summit, Zahn is awakened by a mighty roar that changes the course of his life forever. He bolts up and sees a light racing through the clouds, watching breathless as it careens over the sapphire forest and impacts onto the silvery beach far below. Frantically, he searches for it, recovering an object that is far more than a mere meteorite. Yet fear holds him back, and he hides it away for days. If it truly … END_OF_DOCUMENT_TOKEN_TO_BE_REPLACED

When Zahn recovers an extraordinary meteorite impacted into the silvery beach near his home, the course of his life is changed forever. Fearing that the observatory will confiscate the meteorite if it truly is what he suspects it to be, he hides it away for days, conflicted in what to do. All the while, the mystery of his mother’s disappearance continues to plague him. After twelve long years, he is the last person on the islands who believes she may still be alive. Even though he has no … END_OF_DOCUMENT_TOKEN_TO_BE_REPLACED