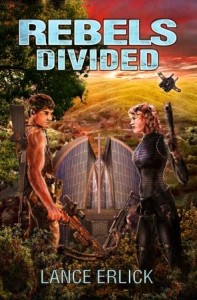 This book is bargain priced from 10/06/2014 until 10/17/2014 Written as a standalone dystopian action story, Rebels Divided is also part of the Rebels series, three years later. The first time Geo (19) sees Annabelle (19), they meet as enemies and she doesn’t kill him. Coming from enemy camps, Geo and Annabelle must come together to rescue her sister and gain justice for his pa’s murder. Complicating this, the Federal governor and Outland warlord conclude a secret deal, pledging Annabelle … END_OF_DOCUMENT_TOKEN_TO_BE_REPLACED 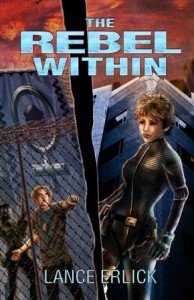 This book is bargain priced from 09/30/2014 until 10/05/2014 After another U.S. civil war, a different kind of rebel arises. Annabelle (16) lives in a world where men are exiled, quarantined or forced to fight to the death to train the military elite. The first boy Annabelle has ever met just escaped prison. As a cop intern, she’s expected to capture him. Instead, she risks everything to help the boy, even while, in order to avoid exile, she’s forced into the elite military that took her … END_OF_DOCUMENT_TOKEN_TO_BE_REPLACED