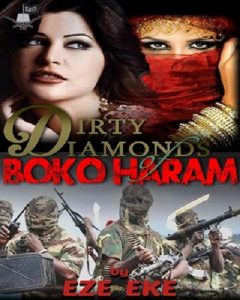 DIRTY DIAMONDS OF BOKO HARAM ...In 2015 the extremist Islamic sect BOKO HARAM was declared #1 in the world, rising above Islamic state, ISIS. But fighting a full-fledged war with the military forces of the four African countries around the Lake Chad region, leaving thousands of innocent people dead or homeless, BOKO HARAM had occupied that position long before then… Against all advice, a beautiful young lady travels to Maiduguri, a chaotic city in the BOKO HARAM ravaged north-eastern Nigeria, … END_OF_DOCUMENT_TOKEN_TO_BE_REPLACED